Mexico City's police chief believes gunmen affiliated with a violent drug cartel were behind an attack on him on Friday. Three people were killed, but the intended target survived with injuries. 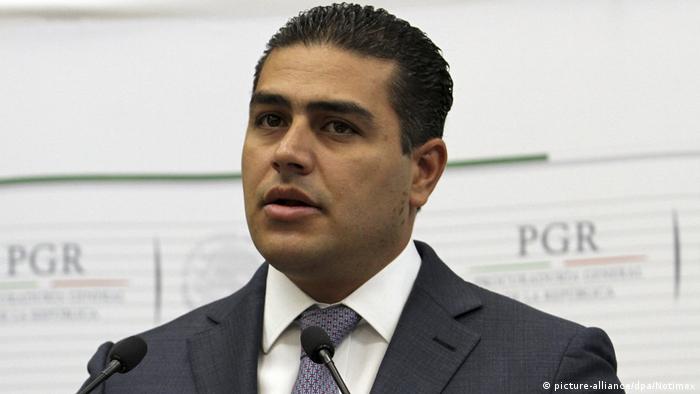 Mexico City's chief of police, who was shot and injured in an assassination attempt on Friday, has said one of Mexico's most powerful drug cartels was behind the attack.

Harfuch received three bullet wounds in the dawn assault, but was quickly reported to be out of danger.

However, the attack by a group of heavily armed men in an open-backed truck claimed the lives of two of Garcia's bodyguards and of a 26-year-old woman who happened to be driving past.

The shooting, which occurred in the prestigious neighborhood of Lomas de Chapultepec, was captured on security cameras at the scene.

A dozen of the 28 gunmen reportedly involved in the attack were held for questioning by police. Later on Friday, police from the capital arrested an alleged head of the CJNG hitmen on suspicion of being the mastermind of the meticulously planned operation.

CJNG, based in the western state of Jalisco, is led by a former police officer and is thought to be behind record levels of violence in Mexico as it seeks to control drug trafficking in the country.

Its leader, Nemesio Oseguera Cervantes, better known as "El Mencho," is the US Drug Enforcement Administration's most-wanted fugitive, with a $10 million (€8.9 million) price on his head. US authorities say the gang controls up to two-thirds of the US drug market.

The attack could possibly be related to recent crackdowns on gangs affiliated with CJNG in Mexico City, or to Garcia's previous work in federal investigations.

The number of murders in Mexico hit an all-time high last year and seem to be on the way to a new record in 2020.

A multi-hour shootout between rival factions of the Sinaloa cartel left over a dozen dead. The region has seen a wave of violence as gangs battle for control over the cartel once run by Joaquin "El Chapo" Guzman. (26.06.2020)

Food banks are a lifeline for Mexico's needy, and never more than during the current COVID-19 pandemic. But with a recession looming, they are at risk of losing donations, as Sandra Weiss reports from Puebla, Mexico. (29.05.2020)

Coronavirus concerns have prompted the state of Puebla to tell Volkswagen to keep its plants closed for the time being. The pandemic has created huge problems for carmakers, hurting demand and supply chains. (13.06.2020)