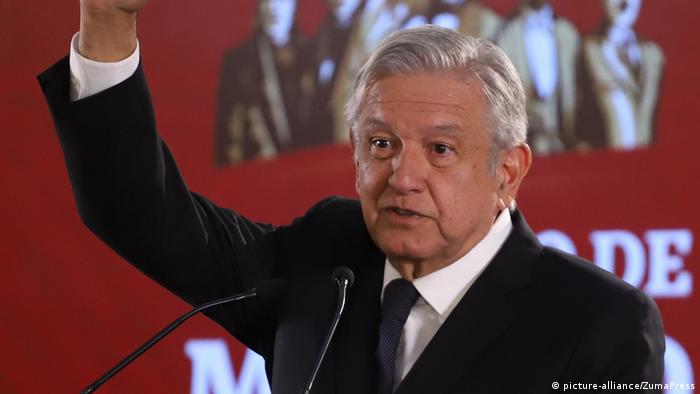 Andres Manuel Lopez Obrador's first year in power is on the way to also becoming the most violent year in recent Mexican history. In 2018, there were 33,743 murders — already a record high — and this is likely to be topped. The president's attempts to improve the situation have so far failed. The economy, expected to grow by only 0.2% this year, is also not looking great.

Yet, despite these bleak results, Lopez Obrador, who in Mexico is usually simply called by his initials AMLO, has the population's support. His approval ratings at the end of his first year in office are far higher than those of his three predecessors Enrique Pena Nieto, Felipe Calderon and Vicente Fox at the same stage. If an election were called tomorrow, AMLO would win — and not with 58% of the votes like a year ago but with more than 60%.

Is his popularity simply down to his traditional charm or is he doing something right? 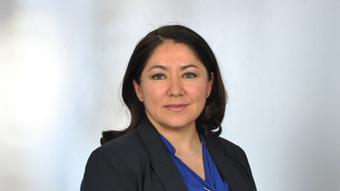 When AMLO took office, Mexico was a crisis-ridden country. He said himself that you could not change 36 years of failed politics in 11 months.

The Mexicans, many of whom seem to believe in miracles, have demonstrated an incredible maturity in this case. They, too, know that the brutality of the drug cartels and the challenges posed by migration cannot be resolved in just a year, and without international efforts.

Domestically, most Mexicans believe that the government is doing exactly the right things with regard to the economy and corruption. Its social aid programs have not gone unnoticed. The president's morning press conferences have also helped him to boost the population's trust in him. The fact that he personally takes questions every day should not be underestimated. This is enabling something of which there has been very little in Mexico previously: transparency.

Of course, the delay over the construction of a massive new airport in Santa Lucia, the release of the detained drug lord Ovidio Guzman after pressure from the mafia during a shootout in Culiacan and the granting of political asylum to Bolivia's former President Evo Morales have not all been welcomed unanimously, but two-thirds of the population still support AMLO.

Moreover, despite all the prophecies of doom, his election did not trigger capital flight. The economy may be stagnant, but the exchange rate and inflation are under control. The markets and foreign investors do not seem to be concerned.

Lopez Obrador has even managed to steer Mexico through some rough waters on the international stage. He was able to curb a worsening of relations with the US, demonstrating the calm and form of a true statesman.

He even gained the approval of US President Donald Trump, who usually has very few qualms about publicly insulting other heads of state: "I like him" Trump has said, pointing out that despite Lopez Obrador's socialist leanings, he gets on well with him and much better than with the previous president. He's a "good man," he has judged.

AMLO's presidency is due to last five years. Will the country be able to reinvent itself under this charismatic left-wing president? Two of his favorite lines are "hugs not bullets" or "you can't fight fire with fire."

But the popular expression, "where there's a will, there's way," could also come in handy over the next few years.

Opinion: Iran's mullahs are afraid of women 8h ago