Mexico gunfight near Texas border leaves over a dozen dead 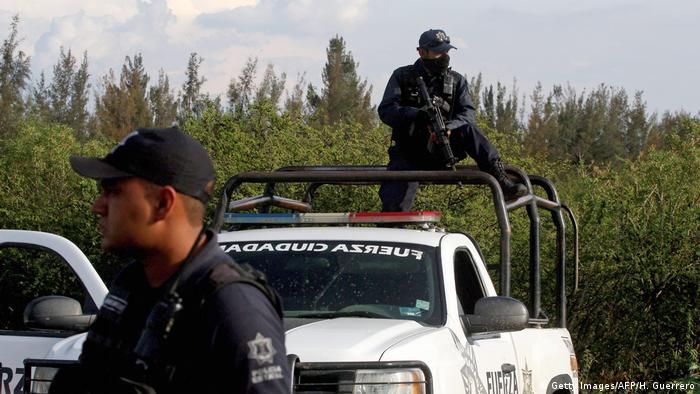 Mexican security forces have killed seven more members of a presumed cartel assault force, a day after after clashing with a group of heavily armed gang members.

Four officers died and six were wounded in the hourlong confrontation on Saturday in the northern town of Villa Union, about 65 kilometers (40 miles) from the US border.

The group reportedly entered the town of 3,000 inhabitants in a convoy of pickup trucks before storming local government buildings at around midday.

Speaking outside the bullet-riddled town mayor's office, Governor Miguel Angel Riquelme told reporters the state had acted "decisively" to repel the gunmen. He said they were members of the Cartel of the Northeast, which is from the neighboring state of Tamaulipas.

A number of municipal workers were missing, he added.

The violence comes as Mexican President Andres Manuel Lopez Obrador marks one year in office. He was elected in 2018 on a promise to tackle gang-related crime and has come under mounting pressure after a series of recent attacks.

Three women with US citizenship and six of their children were killed in a drug cartel ambush last month in northern Mexico.

The president of Mexico has said that he will not stand for any violation of his country's sovereignty. US President Donald Trump has said he is working to have Mexican drug cartels officially designated as terrorists. (27.11.2019)