'Grexit' may be manageable, but Berlin wants Athens to stay

German economics Minister Sigmar Gabriel has countered speculation that politicians are considering a Greek exit from the eurozone. But he too says it must comply with the terms of its bailout. 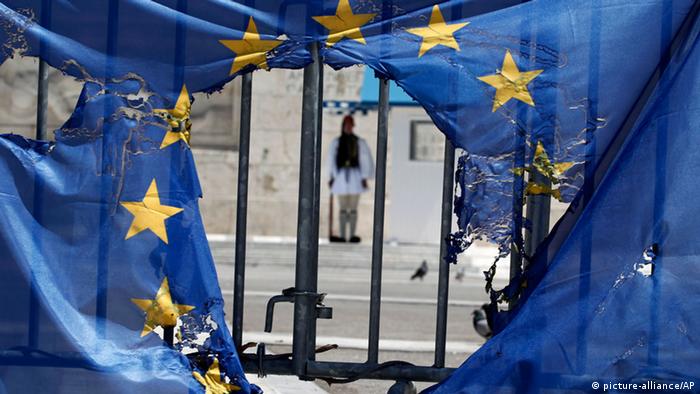 The conjecture was sparked by a report published in the online edition of the German newsmagazine "Spiegel" on Saturday, which said that Chancellor Angela Merkel now believed that the eurozone could cope with Athens leaving the common currency, a scenario popularly dubbed a Greek exit or "Grexit."

The report said both the chancellor and her finance minister, Wolfgang Schäuble, believed that the eurozone had implemented enough reforms since the height of the eurozone crisis in 2012 to make a potential Greek exit manageable.

Among these reforms was the launch of the 500-billion-euro ($600 billion) European Stability Mechanism, available to eurozone countries that run into trouble in the future. The Spiegel also said that it was thought that the ESM also made it less likely that other bailout recipients such as Ireland or Portugal might leave.

Contacted for reaction to the story, on Sunday, German government spokesman Georg Streiter declined to comment on the specifics of the report, but he did say that Berlin expected whichever party took power following Greece's general election to stay the course on the terms of the country's international bailout.

"The federal government expects Greece to continue to comply with its obligations," Streiter said.

"Every new government has to abide by the contractual obligations of the previous government," he added.

These are similar to comments made by Schäuble prior to the Spiegel report.

In an interview with Monday's "Hannoversche Allgemeine" daily, German Economy Minister Sigmar Gabriel denied that Berlin was making any contingency plans for a "Grexit."

"The goal of the German government, the European Union and even the government in Athens itself is to keep Greece in the eurozone," Gabriel said, noting that the common currency area had become more stable in recent years.

What has everybody so concerned is the uncertainty caused by the snap Greek general election called for January 25.

Greece's left-wing Syriza party has led recent opinion polls, and its leader, Alexis Tsipras, has said that if he gets into power, he will move to roll back many of the reforms the current government has made to get its financial house in order and comply with the terms of Greece's international bailout.

Greece's 240-billion-euro bailout is funded and supervised by the so-called "troika" made up of the European Central Bank, the European Union and the International Monetary Fund. Germany, Europe's largest economy, plays a major role in the bailout.

Three years after his resignation as Greek prime minister, Giorgos Papandreou is back on the political stage. But it's not going to be easy for him, analyst Heinz-Jürgen Axt tells DW. (05.01.2015)

A German report says Chancellor Angela Merkel is prepared to let Greece quit the eurozone should the people elect a government that abandons austerity. Berlin is increasingly convinced a "Grexit" would be bearable. (03.01.2015)

The last of the three Baltic states has joined the eurozone, hoping to boost investment and counter Russian influence. But only half of Lithuanians are in favor of the euro. (01.01.2015)

Turkey and Greece hit by severe earthquake 20m ago

US election: Most Europeans would vote for Joe Biden 4h ago