Greece has accused Germany's finance minister of insulting his Greek counterpart. It comes as talks take place over the country's economic future, and as relations between the two countries reach an all-time low. 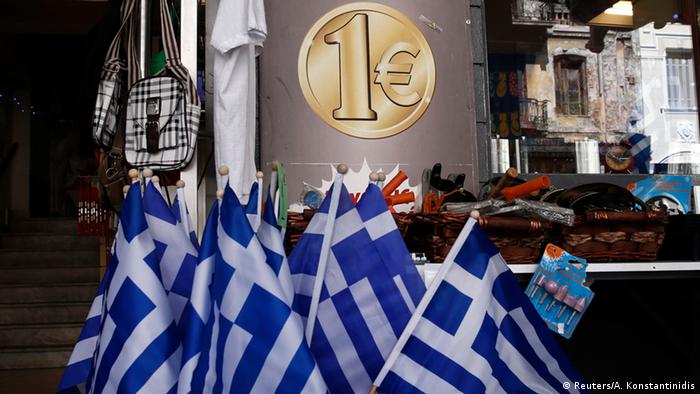 A spokesman for the Greek Foreign Ministry, Constantinos Koutras, confirmed that a complaint was made to the German Foreign Ministry on Tuesday night concerning the alleged remarks.

"As a minister of a country that is our friend and our ally, he cannot personally insult a colleague," Koutras said, but did not go into further detail.

Other foreign media at the talks did not report the comment.

The discussions in Brussels took place between technical experts from Greece and representatives from the European Commission, the European Central Bank (ECB) and the International Monetary Fund (IMF).

"It's very important that these (…) talks can be held in a calm and unpolitical atmosphere, so that work gets done," she said.

Greece's government has worked hard to distance itself from the trio of institutions, formerly referred to as the "troika."

On Thursday, talks began in Athens with representatives from these institutions. Efforts are being made to break a six-week stalemate over attempts to overhaul Greece's strict bailout program.

It is the first time since January's elections that officials have been allowed back into Greece.

Varoufakis told broadcaster France24 the officials will undertake additional research to assist the newly-formed Brussels Group, made up of the Commission, the ECB, the IMF and the European Stability Mechanism.

Two weeks ago, eurozone members agreed to extend Greece's rescue package until the end of June.

Before it can access 7.2 billion euros ($7.7 billion) in further loans, Greece must introduce certain reform measures.

Prime Minister Alexis Tsipras' Syriza party won the election largely on the back of promises to end the restrictions. But this stance also alienated creditors, anxious to see Greece live up to the terms of the 240-billion-euro ($255 billion) package.

Greece has to pay 6 billion euros ($6.4 billion) this month alone in debts. 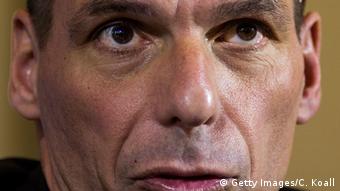 Greece has allowed officials from its creditors into the country for the first time since January elections.

On Monday, Eurogroup head and Dutch Finance Minister Jeroen Dijsselbloem had chastised Greece about the lack of progress being made.

"We have spent two weeks discussing who meets who, where and in what format, and it's a complete waste of time," he said.

Earlier this week Greece renewed its calls for Germany to pay reparations to victims of the Nazis' World War II occupation of Greece, and to repay a forced war loan.

Varoufakis said Greece would step up its demands "unless of course, we all decide that debts can be forgiven and can be restructured."

Berlin argued that wartime compensation had already been settled in a 1960 agreement with several European governments.

Greece is threatening to seize German assets if their demands aren't met.

On Wednesday Varoufakis told Greek television that he and Schäuble didn't see things the same way.