Athens has said talks with its eurozone partners have begun positively, and that it expects technical details to be agreed soon. A Greek delegation and teams from the "troika" of lenders is to meet in Brussels. 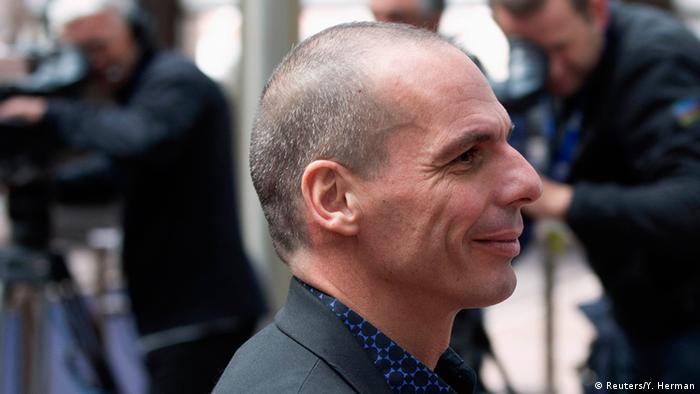 Eurozone ministers on Monday agreed that technical details about economic reforms in Greece would be thrashed out at a meeting in Brussels beginning Wednesday.

In a statement, the recently-formed Greek government - led by the radical leftist party Syriza - said it believed any technical difficulties would be resolved in the coming days.

"The result of the Eurogroup is positive... and technical discussions begin Wednesday in Brussels," the new radical left government said in the statement, adding there was a willingness to resolve the country's financial problems rapidly.

Dijsselbloem stressed that while Greece would not have access to bailouts until it began to implement reforms, there was some latitude.

"There can be no talk of early disbursements if there is no agreement and no implementation," he said after the meeting.

"If we have agreement on the whole thing and the implementation is well off the ground, I would be open to consider having the disbursements cut into parts," he added.

However, he did accuse the Greeks of wasting time. "We have spent two weeks discussing who meets who, where and in what format, and it's a complete waste of time," Dijsselbloem, who is also the Dutch finance minister, told a press conference after the meeting.

When he won power in January, Greek Prime Minister Alexis Tsipras vowed that the "troika" - a much-loathed word among many of his compatriots - should not return to Athens.

Tsipras' finance minister, Yaris Varoufakis (pictured), sent a letter with seven main reforms to the Eurogroup on Friday. The reforms include a proposal to tax online gambling and streamline bureaucracy.

Varoufakis fueled uncertainty at the weekend, warning of the possibility of a referendum should the reform plans be rejected by Brussels.

German Finance Minister Wolfgang Schäuble, whose country is the biggest individual contributor to Greece's 240-billion-euro ($260-billion) international bailout, insisted the main topic in the Monday meeting had not been Greece.

"I don't think there's much new for Greece," said Schäuble. "We agreed on the declaration at our last meeting and since then not much has happened. Now it's first of all a matter for the troika."

A German former MP, now special envoy for Athens, has said that Greece could need 70 years to clear its debts. He also suggested that Germany could pay for a special emergency bank, as reparations for World War II. (07.03.2015)