A German former MP, now special envoy for Athens, has said that Greece could need 70 years to clear its debts. He also suggested that Germany could pay for a special emergency bank, as reparations for World War II. 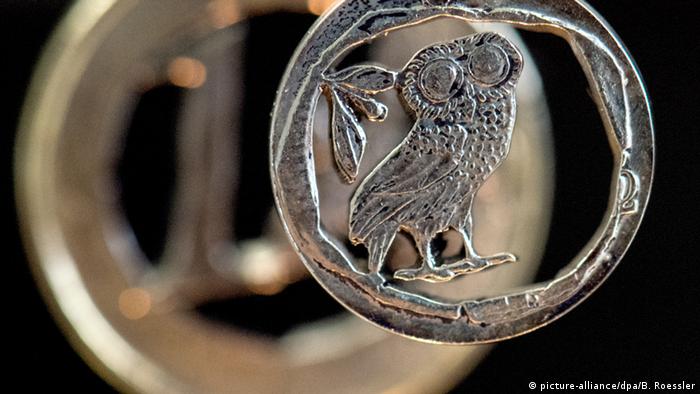 Jorgo Chatzimarkakis, a former German politician and dual national named Athens' special envoy to Germany, told a newspaper on Saturday that Greece's loans should be extended so they run for "50 to 70 years." Currently, the long-term "bailout" loans from Greece's European partners have an average maturity of 32 years.

Speaking to the "Rheinische Post" newspaper, Chatzimarkakis, who was a member of the European Parliament from 2004 to 2014, also suggested that Germany could contribute to setting up a special reconstruction bank in Greece, as a form of reparations for the Second World War. Chatzimarkakis said the issue had been "very skillfully swept under the carpet" by the government in Berlin since 1949. He said such a facility could be modeled on Germany's "Kreditanstalt für Wiederaufbau" (literally "credit facility for reconstruction"), or "KfW," which was established in the aftermath of the Second World War. Its successor is now a German-government owned development bank. 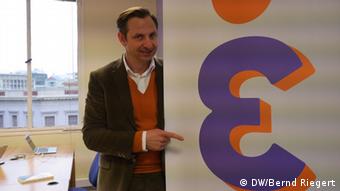 Chatzimarkakis briefly set up his own Greek party last year, but couldn't win a spot in the European Parliament

The German government has rejected renewed calls for reparations in the past, including from the new Greek Prime Minister Alexis Tsipras, saying that the reparation issue was settled "at the latest" by a pre-reunification agreement in 1990.

Late on Friday, Greek Finance Minister Yanis Varoufakis sent an 11-page letter to Eurogroup chief Jeroen Dijsselbloem, outlining the Syriza government's reform proposals. On Monday, the finance ministers from the 19 eurozone countries are scheduled to meet to discuss the paper.

"No one among those politically responsible in Europe is working for Greece to leave the eurozone," he said in remarks the paper released ahead of publication. "The country is and will remain a member of the currency union."

Varoufakis' proposals included activating a "Fiscal Council," envisaged as an independent watchdog to monitor government fiscal policy. Established in theory by Greece's previous government last June, the Council "was never activated in practice and, to this date, remains inoperative, lacking management or staff," the letter said.

The letter also proposed installment schemes designed to motivate people to pay back-taxes, "improvements in the area of budget preparation," generating extra tax revenue through licensing fees for online gaming and betting, and the digitization of state records to save civil service working hours. 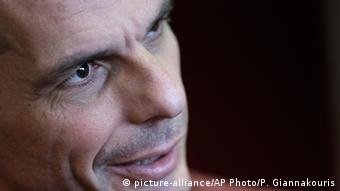 The introduction of emergency relief to address the "humanitarian crisis" in Greece, providing help for buying food and electricity, for instance, also made the seven-point proposal. Finally, the government suggested employing ordinary people as unofficial tax watchdogs. Under the scheme, they would pose as customers while "wired" for audio, video, or both, gathering evidence that would be useful to Greece's tax authorities. The letter conceded that of the roughly 76 billion euros ($82.5 billion) still owed in taxes to Athens, only around 8.9 billion was likely to prove collectable.

As Chatzimarkakis pleaded the Greek case in the German press, the European Central Bank's governing council member Luc Coene was less sympathetic in the Belgian press on Saturday.

Coene said life outside the eurozone would prove "ten times worse" for Greece, also saying that he doubted Syriza's calls to find a new way of dealing with the debt.

"I do not believe there is a radically different way," Coene told the "De Tijd" daily. "Syriza has made promises it cannot keep," he said adding that he believed Greek voters "will understand quickly that they were deceived by false promises."

The European Central Bank, International Monetary Fund and European Commission - the institutions formerly known as the "troika" - will start technical talks on Greece's proposed reforms after Monday's Eurogroup meeting. In his letter to Dijsselbloem, Varoufakis said that the Greek government's view was "that it is necessary to commence immediately the discussions between our technical team and that of the institutions."

Greece's prime minister wants to meet with the head of the European Commission in an attempt to break the deadlock over debt repayment. But both the EU and the ECB are taking a hard line, saying Greece must do more. (06.03.2015)

Allen Weisselberg will be required to testify against the firm in an upcoming fraud trial. He was also handed a $2 million penalty and a five month prison sentence.