Fourteen beers popular in Germany contain traces of glyphosate, the world's most widely used weed killer, a Munich environmental group has said. Agriculture Minister Schmidt has played down the risk for consumers. 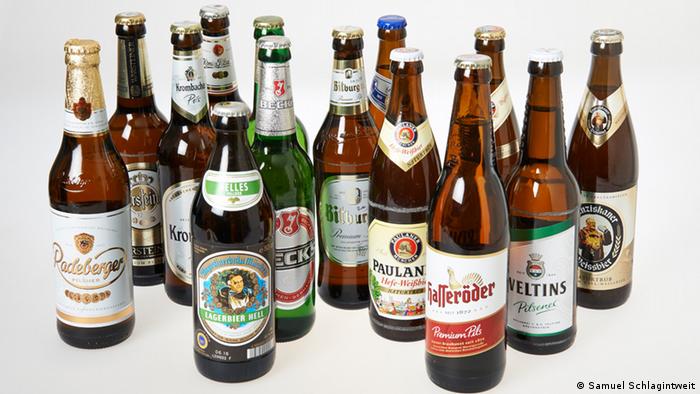 It calls for beer only to be brewed from water, malt and hops.

Glyphosate is used as a herbicide around the world, including under the brand name Roundup marketed by the US agriculture giant Monsanto.

Martin Häusling, a member of Germany's Green Party in the European Parliament, told the AFP news agency that the European Commission wanted in early March to extend approval for the use of glyphosate for a further 15 years.

The current license for Europe runs out in the coming European summer.

The German DBV farm federation promptly denied responsibility, saying direct glyphosate usage on barley - turned into malt - was banned. The group, however, added that the chemical could have been sprayed on fields before sowing.

The Bremen office of the brewery giant Anheuser-Busch described the institute's findings as "not plausible," citing a bill of health issued by Germany's Federal Institute for Risk Assessment (BfR) that the amounts of glyphosate found in beer did not pose a threat to consumers.

"An adult would have to drink around 1,000 liters (264 US gallons) of beer a day to ingest enough quantities to be harmful to health," the institute said in a statement.

Citing its laboratory study of 14 of Germany's most popular beers (pictured above), the Munich Environmental Institute found glyphosate readings between 0.46 and 29.74 micrograms per liter.

The highest reading was 300 times the legal limit glyphosate in drinking water in Germany, it noted, concluding that the results were alarming, given that glyphosate had been ranked by the UN's World Health Organization (WHO) as carcinogenic.

Geneticist Sophia Guttenberger of the Munich institute said glyphosate should simply be neither "in beer nor in our bodies." 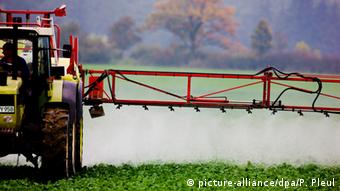 The BfR statement acknowledged that traces of weed killer in beer was "plausible and inherently foreseeable since glyphosate is a permitted pesticide in cereals."

A major row deepened in March last year, when the WHO's Lyon-based International Agency for Research on Cancer (IARC) said glyphosate was "probably carcinogenic to humans."

The 96 academics from around the world had signed an open letter to EU Health Commissioner Vytenis Andriukaitis, urging EU authorities to ignore the EFSA opinion that glyphosate was unlikely to cause cancer.

"I live the best I can ecologically and buy only organic foodstuffs, and [even] I have detected glyphosate in my urine," she said."It's sprayed everywhere, whether along railway embankments, in private gardens or during foodstuff production. It's not at all necessary, if we apply good agricultural habits, plough in the weeds, and do not simply 'bomb' them away."