Is Germany's traditional beer recipe its secret to success or just a marketing ploy? Either way, 2016 marks half a millennium since the Purity Law for beer was first written down. 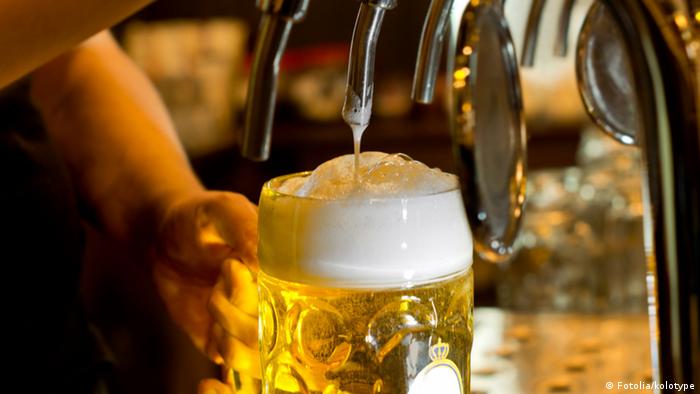 It was on April 23, 1516, that Bavaria - then an independent duchy - defined beer as only containing hops, malt, yeast, and water. The stipulation was later adopted and even formally written into law in other parts of the states that would later become Germany. The simple recipe- initially implemented as a health measure - has helped make German beer so famous abroad.

Throughout the coming year, numerous beer festivals and events will be held, particularly in Bavaria, to mark the anniversary. Watch the video above for more on the German Beer Purity Law and click through the gallery below to test your knowledge of German beer.

Here beer is still made according to the traditions of the beer purity law of 1516, which allows only four ingredients in German beer. Discover Germany's largest order-run brewery, the Andechs Monastery in Bavaria. (04.01.2016)

What tourists shouldn't miss in 2016

Germany celebrates its beer, Britain honors Shakespeare and France hosts the UEFA Euro 2016. An overview of what people traveling to Europe will get to see in the new year. (28.12.2015)

Urban cowboys in Texas are switching their staple of steak and beans for strudel. Sertan Sanderson finds out how a German couple managed to adapt both their recipes and their identities to the American sweet tooth. (18.11.2015)