Global warming is reshaping the world′s forests | Environment| All topics from climate change to conservation | DW | 04.05.2017

In the mountains, trees are racing uphill to escape the heat - and in Canada, invasive insects have already killed massive swaths of forest. Such changes will have significant consequences for communities and ecosystems. 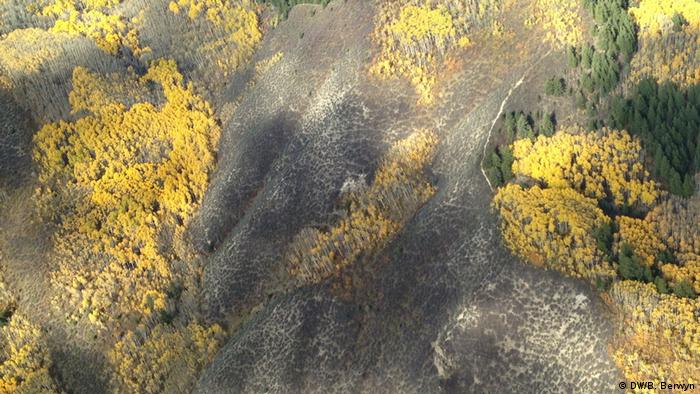 In some regions, the climate is changing so quickly that forests probably won't be able to provide basic functions - such as timber production and protection from landslides and snow avalanches, as well as food, wildlife habitat and recreation - that people take for granted, scientists said at the recent annual assembly of the European Geosciences Union.

"The tree line shift is something that everybody can already see, with young trees growing in new areas," said Matthias Jochner, a forest ecologist with ETH Zürich, describing his new tree-ring study across the Swiss Alps.

The results support previous estimates that vegetation zones will shift upward by 500 to 700 meters (1,600 to 2,300 feet). That change will be especially noticeable at the mid-elevations, exactly where forest-dependent communities in the Alps now thrive on agriculture and tourism. 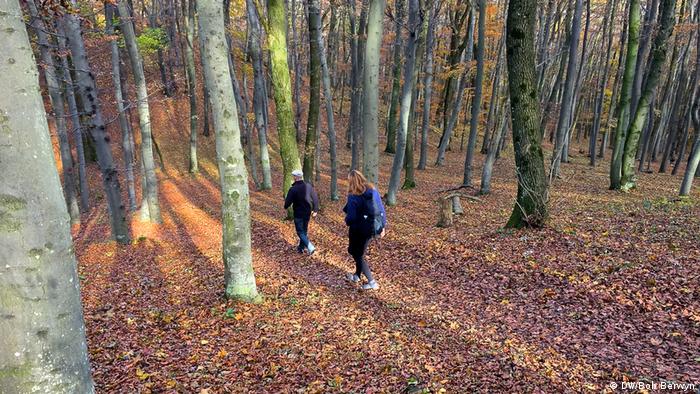 At lower elevations, oaks and other broadleaf trees will start to dominate the forests, completely changing familiar landscapes. Trees sprouting now will be living in a much-altered climate by the time they reach middle age.

In Swiss conifer forests, already having seen an average temperature increase of 1.9 degrees Celsius (3.4 degrees Fahrenheit) since the 1800s, and with another 1 to 2 degrees Celsius projected by 2100, trees are becoming ever more susceptible to fires and deadly insect outbreaks - twin forces that will play a key role in reshaping forests around the world over the decades to come.

The width of the tree rings Jochner examined show exactly how different species, and even individual trees, respond to warmer temperatures and changes in moisture.

And that's exactly the kind of information farmers and foresters are increasingly seeking to make decisions about how and where to try and conserve trees, or whether to plant new species more suited to future climate conditions. 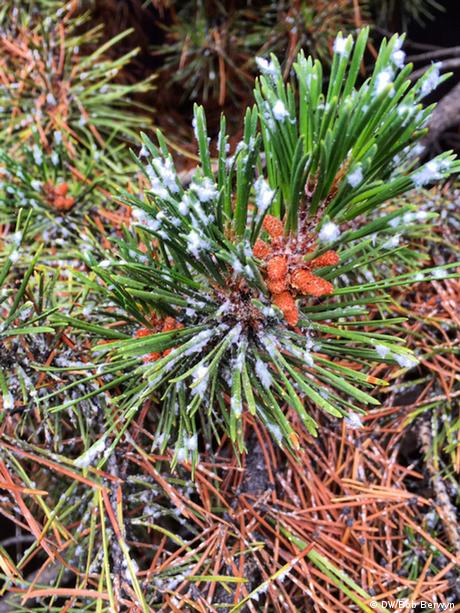 That wiped out trees across about 200,000 square kilometers (77,000 square miles) - an area more than twice the size of Austria. In Canada, the outbreak caused a loss of 53 percent of the country's commercial pine production, according to Natural Resources Canada.

In the Rocky Mountains of Colorado and Wyoming, and in California's Sierra Nevada, recent studies have shown that the climate has become too warm for some pine species to re-grow after fires or insect outbreaks. Those forests are quickly changing to brush- and grasslands.

Scientists have researched the same phenomenon in the Four Corners region of the Desert Southwest, where climate change triggered an outbreak of ips beetles that destroyed millennia-old piñon pine forests. These may be gone forever as the region bakes under global warming.

Researchers are also keeping an eye on tropical forests, especially the Amazon - often called the lungs of the Earth - to see how they will be affected. Some studies suggest the Amazon could be fairly resilient in the face of global warming through 2100, although it faces serious deforestation pressures.

Act now to save forests

European forests grow in smaller patches so they’re not as susceptible to large-scale impacts. But climate change will still have significant regional impacts. 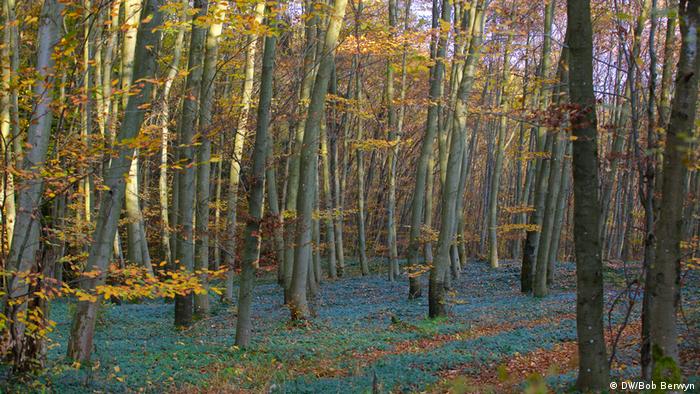 Climate models for Great Britain project such an extent of warming and drying by 2080, that much of the storied lowland beech forests won't be able to survive, said Jianjun Yu, with the University of Oxford Environmental Change Institute.

"Conservation of beech woodlands should be prioritized in the future," said Yu, warning that England's northern and eastern forests are most susceptible to the extreme droughts and heat waves that global warming will cause.

One place where forests will benefit from warming is in the far north, where Russian forest researcher Viacheslav Kharuk, of the Sukachev Forest Institute in Krasnoyarsk, Russia shows how taiga forests are racing toward the North Pole.

In the widespread "ribbon" forests of the region, Siberian pines are filling in gaps and surging northward. Thanks to excess carbon dioxide in the atmosphere, the growth rate for 50-year-old trees has doubled since the start of the 20th century, he said.

Yet at the same time, this has been tempered by insect outbreaks, which are surging in tandem with steeply climbing regional temperatures since the 1980s. 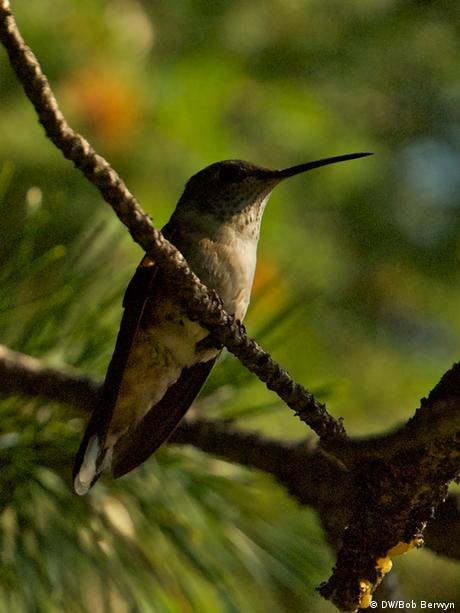 Forests provide habitat for 80 percent of terrestrial biodiversity, including many birds

Overall, global warming is a disaster from a forestry perspective, with environmental services the forests provide under threat for extended periods of time, according to Klaus Katzensteiner, with the University of Natural Resources and Life Sciences in Vienna.

These ongoing changes endanger commercial forest production in the short-term. Over the longer term, they threaten to pinch water supplies, increase erosion and stream pollution, and hinder forests' abilities to remove CO2 from the atmosphere.

"I also see it from a societal perspective. In the 1980s, I started my scientific career when 'Waldsterben' was a serious issue," he said, referring to a widespread forest die-off in Central Europe caused by acid rain.

"[We saw] the widespread areas of dead forests. Society reacted. Enforcement of clean air acts were a solution to the problem.

"Maybe we need more proof of our impact on climate to overcome climate change skepticism and to speed up the Energiewende [transition to renewable fuels]," he concluded.

Protecting Tanzania's cloud forest from the ground up

Through local conservation projects and guiding tourists, villagers living around Tanzania's Amani Nature Reserve are protecting the land they once exploited. (28.03.2017)

Even before the Wise Men gave frankincense as a gift, people were climbing the rugged Somaliland mountains in search of the precious resin. But rising global demand is threatening the ancestral forests where it is found. (28.12.2016)