Crowd-sourced data can be useful for conservation but how can remote communities with no connectivity get involved? One NGO has an answer. 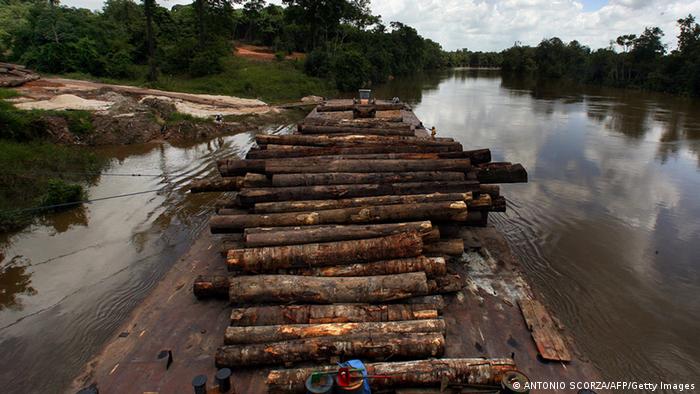 Drones, phones and apps: it's all about the nexus between conservation and technology this week at Global Ideas. Currently, one of the major conservation-meets-new-tech trends is crowd-sourced data but what happens if remote communities don't have phone or internet connectivity?

Rainforest Foundation UK has addressed this issue with a system allowing people to report illegal logging from anywhere in the world in real-time for the cost of a standard text message even minus the internet or a cell-phone reception.

Information about illegal activity, such as by palm oil companies, is collected using a smartphone or tablet and transmitted to an online map via a satellite modem transmitter in around 20 seconds. It's then stored in a central database, assessed by experts and sent to law enforcement agencies once it's been fully verified, according to a statement by the group.

With a new WWF 'Living Forests' report predicting up to 170 million hectares of forest could be destroyed in 11 of the world's most important forested regions - including the Amazon - by 2030, the NGO hopes the crowd-sourced system could improve forest monitoring and governance.

Rainforest Foundation tested the technology with local partner, Forêts et Développement Rural (FODER), in the rainforests of Cameroon where two communities were trained in using the system, which uses a simple icon-based interface, as well as in identifying different types of illegal activities they might report. 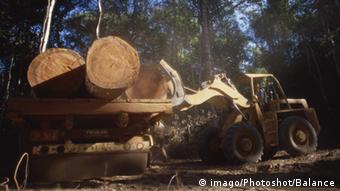 The test revealed 20 potential incidences of illegal logging, although so far none have been dealt with by law enforcement, according to the organization's website.

The technology could be expanded beyond monitoring illegal logging to keeping tabs on wildlife populations, poaching or human rights abuses, said Rainforest Foundation.