Germany is trying to convince the UN to consider what it calls an extended Security Council, spreading more power out beyond the five veto-holders. The push betrays both Germany's strengths and weaknesses globally. 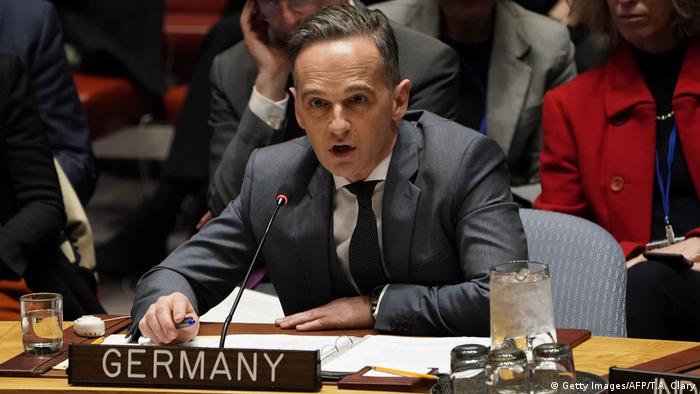 Before his address at the UN on Tuesday, German Foreign Minister Heiko Maas told public broadcaster ARD, that while many UN members are ready for more responsibility in 2020, "this applies in a most particular way for Germany."

He said he hoped for a greater role in the organization, after Germany took on a non-permanent UN Security Council seat for a two-year period in April 2019.

"Considering the input we provide, and I don't just mean financially but also in terms of the foreign and security policy responsibilities we fulfill these days, we are a country that, in my opinion, has earned a fixed place at this table," Maas said.

"The Security Council is in need of reform because today it no longer reflects the world and the balance of the power in the world as we would like it to," he concluded. 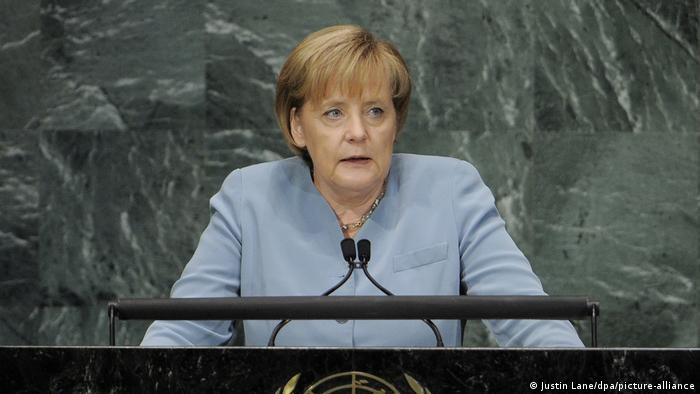 Chancellor Angela Merkel made a similar appeal in her video address on the day marking the 75th anniversary of the UN's foundation last week, saying Germany was "ready to do more, also as part of an expanded Security Council."

But Maas made little mention of the plans during his speech to the UN General Assembly on Tuesday, save for a fleeting reference to "those who block the Security Council with one veto after another and who prevent its urgently needed reform with constantly new delay tactics."

The German story at the UN has long been one of a country on the outside, looking in.

With the UN born from the ashes of World War II, and forged in the heat of the Cold War, neither East nor West Germany became full-fledged members of the organization until 1973. 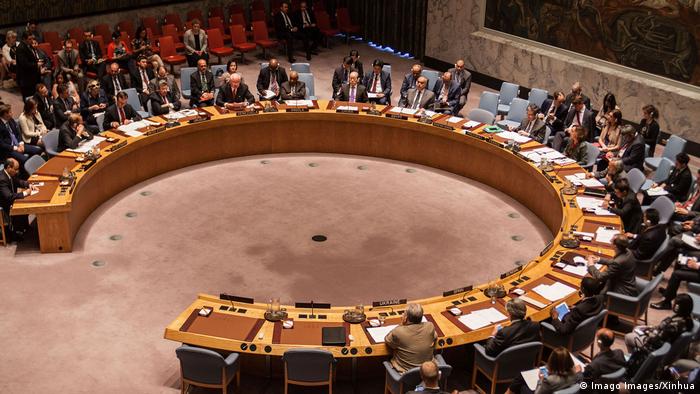 Both eventually joined in tandem, but only once Security Council veto holders the US and the USSR were willing to allow it.

For decades, particularly since reunification, politicians in Berlin had been considering a push for permanent membership in the Security Council in New York, alongside the US, Russia, China, France, and the UK. What clearer way to demonstrate a rehabilitated and reunified Germany's return to the world stage than joining this table?

"Germany took a back seat globally for a long time for very good reasons after World War II," Martin Bialecki, editor-in-chief of the magazine Internationale Politik, told DW. "That Germany was even brought back into the international community is a real miracle in fact. But now we're in a position where I would like to see Germany take on more of a leadership role, because of its financial power, because of its position in Europe as one of the most important western democracies."

However, Berlin's bid to expand the Security Council has altered to reflect the times.

Seeking to become a sixth permanent member, and a third from Western Europe is no longer the stated aim. Larger countries or major players from less well-represented regions might rightly ask why they're not next in line.

Read more: After 75 years the UN is undergoing a stress test

Instead, Germany has been lobbying the UN and the five veto holders, in particular, to consider expanding the security council more broadly. The push is being spearheaded by a group calling itself the G4 — India, Brazil, Germany and Japan.

The expansion plan foresees six additional permanent spots on the Security Council — two for the Asian continent, two for Africa, one for western nations, and one for Latin America and the Caribbean. The G4 plan proposes that they refrain from using their veto for at least 15 years, suggesting a conference then take place to review the changes. It also calls for a further "four or five" non-permanent slots to be made available in the Security Council, besides the 10 that currently exist.

Germany's plan and its partners are not without their critics, even at home. Bialecki says he is not keen on the prospect of Brazil gaining a permanent seat under a "neo-Nazi like Javier Bolsonaro," also noting that India, under Hindu nationalist Narendra Modi, is "a more and more autocratically governed country." 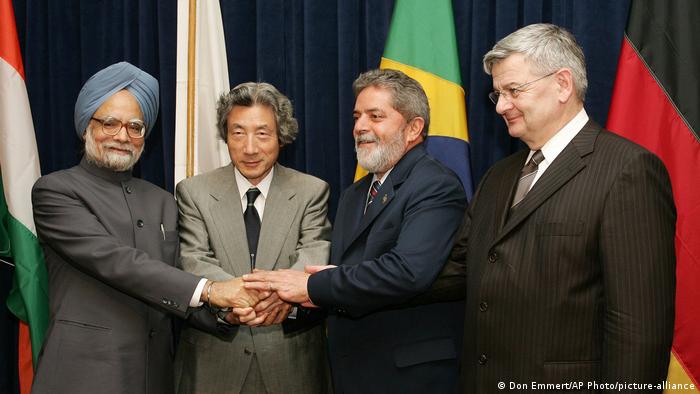 Even back in 2004 German Foreign Minister Joschka Fischer met with the leaders of India, Japan and Brazil to discuss permanent membership to the UN Security Council

Even after almost a decade of unsolved conflict in Syria and amid a global pandemic, the chances of convincing two-thirds of the UN General Assembly and all five veto-wielding permanent Security Council members to agree on this appears vanishingly small, even to Maas.

"The discussions with China are exceedingly difficult," the foreign minister conceded.

"I do not believe that the current veto powers have any great interest in bringing Germany into the Security Council," Martin Bialecki argued. "If you look at the current constellations, there really are very few allies. You could even make the case that under Donald Trump the US is no longer a real ally for Germany. On that basis, I'd say the chances of success are verging towards nil."

The UN itself might have some concerns about diluting its most central power structure.

Famously, its predecessor the League of Nations gave every member state an effective veto, meaning the organization could agree on nothing of import during its interwar existence.

Diplomats at the UN are not short of stories about how difficult it is to corral the approval of just five veto-wielders.