UN Charter: After 75 years, a stress test for global ideals

When delegates from 50 states signed the founding charter of the United Nations, the world was still grappling with the ravages of WWII. Today, the ideals they signed up to are undergoing an unprecedented stress test. 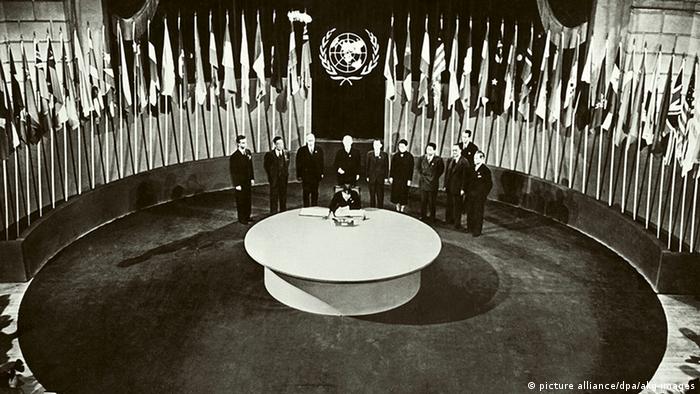 It was a controversial speech with an unmistakable message to the international community. "The future does not belong to the globalists. The future belongs to patriots," said US President Donald Trump in his address to the United Nations general assembly last September.

Trump's priorities, however, are not compatible with the ideals of the United Nations. He had already made his contempt for the United Nations clear in December 2016, shortly before his inauguration, when he went on Twitter to deride the organization as a "club for people to get together, talk and have a good time."

A year later, the US decided to move the US Embassy in Israel from Tel Aviv to Jerusalem,despite a resolution by the UN General Assembly condemning any such move.

The product so far of this highly dysfunctional relationship has been US disengagement from key international conventions such as the global climate agreement and the global compact on migration, a reduction in US financial contributions to international peacekeeping missions, and its withdrawal from both the United Nations cultural organization UNESCO and the UN Human Rights Council.

The United Nations is founded on the principle of international cooperation, of overcoming nationalist allures to secure world peace. The principle is enshrined in the United Nations Charter, signed by delegates from 50 states on 26 June 1945 in San Francisco, many of them still reeling from two world wars. Among the 850 delegates, there were only four women.

The preamble begins with the words "We, the peoples of the United Nations determined to save succeeding generations from the scourge of war, which twice in our lifetime has brought untold sorrow to mankind (….)."

Other ideals include "promoting and encouraging respect for human rights and for fundamental freedoms for all without distinction as to race, sex, language, or religion."

The Charter provides a detailed description of the duties and powers of the United Nations. The original conceptual principles of a world constitution were negotiated by the victorious Allies of World War II: the US, the United Kingdom, and the Soviet Union.

Later, China and France were also included in the deliberations. These five states also secured permanent seats on the most powerful of all UN institutions, the Security Council. The charter took effect on 24 October 1945 and the UN officially got to work. At last, the ancient human dream of global peace could come true. 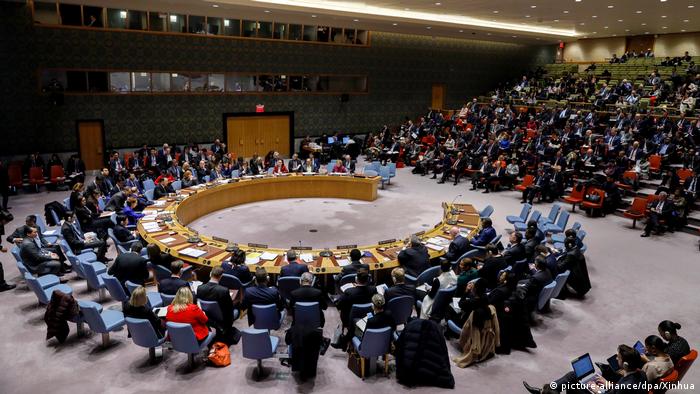 So far, that has remained a dream. The UN frequently comes under fire for inefficiency and inefficacy. There have always been states that instrumentalize the UN for their own purposes. The membership dues owed to the chronically stretched UN budget have frequently been used as leverage for other aspirations.

Hence, Trump's actions represent a genuine stress test for the international community. But it's not all his doing.

"Trump has not done a lot of things that he should have done. First and foremost constructive cooperation with the Security Council. But that's not only Trump's fault, more the fault of an obsolete system in the Security Council," says the former German ambassador to the UN (2002-2006), Günter Pleuger. In the ambassador's view, the UN's most powerful body no longer represents the modern world but that of 1945.

These old structures made it possible for any of the five veto powers — the US, Russia, China, the UK, and France — to block any decision with a single vote. "They do not even have to give a reason," notes Pleuger. This could only be changed if the general assembly decided by a two-thirds-majority to abolish the veto. But the five permanent members of the Security Council also secured veto rights in the general assembly and continue to block reform efforts. 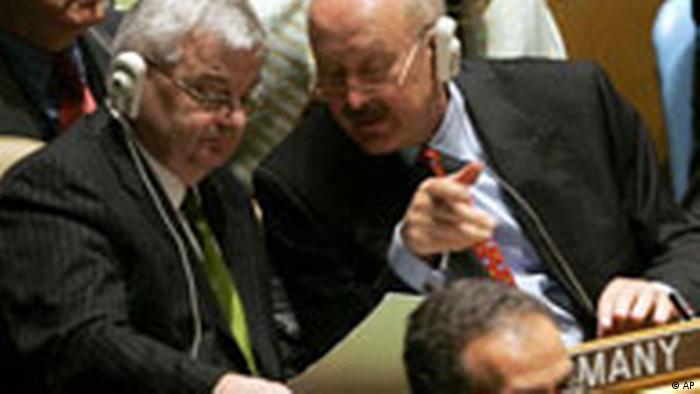 In an era when conflicts are multiplying and growing in Europe, the Middle East, Asia, and South America, the make-up of the UN Security Council appears anachronistic to some. Countries such as India, Brazil, Japan, and also Germany have long been calling for reform.

There has been outrage from both observers and member nations that some states "that have no respect for human rights are not just elected to human rights councils but sometimes even take the chair at such committees," says Pleuger.

But it is not just outdated structures causing problems. Reports about sexual abuse by UN staff and peacekeepers have also made headlines.

The organization is constantly undermined by the failure of previous peace missions. Since the UN Blue Helmets withdrew from Rwanda in 1994 instead of trying to prevent the genocide of the Tutsi community, and UN peacekeepers watched as civilians were massacred in Srebrenica, Bosnia, in 1995, the international public has taken a much more critical view of the UN. 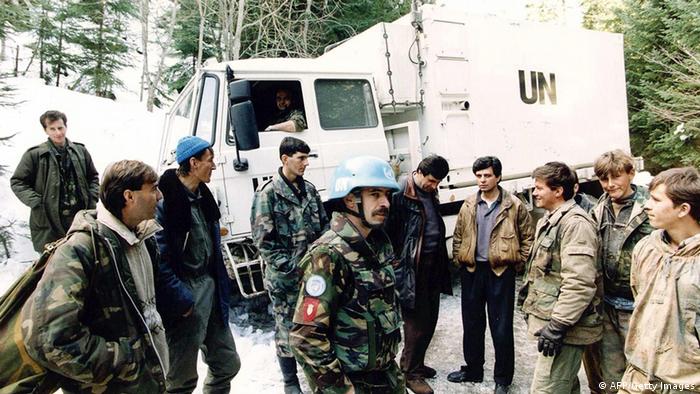 Dutch UN peacekeepers failed to prevent the 1995 massacre of some 7,000 Muslims by Bosnian Serb forces at Srebrenica

Yet the United Nations is still considered an indispensable power in an increasingly globalized world. UN organizations play an integral part in efforts to mitigate or resolve various kinds of crisis. For example, the children's welfare organization UNICEF, the High Commission for Refugees and many of the other 156 special organizations.

One milestone in the history of the United Nations was the adoption of the Universal Declaration of Human Rights, which was added to the charter on 10 December 1948. Signatory states commit to fundamental rights that apply equally to every human being — although the declaration is not binding.

"From the development of women's rights, children's rights and the rights of disabled people, the UN built up a huge and remarkable contractual work," says another former German ambassador to the UN, Heinrich Schumacher (2001/2002). "Not to forget the outstanding role played by the United Nations and its special organization for the development of humanitarian aid."

The United Nations and a united Germany

The world organization has since grown from 50 founding states to 193 member states. Much of this is a result of decolonization. Former ambassador Pleuger says the UN played a decisive role in this process, too, by "gradually discrediting the use of force to maintain colonial structures."

Pleuger argues that the continued condemnation of illegitimate force also led to instances in modern history, in which, "for example, the Soviet leader Mikhail Gorbachev and other states opted not to resort to violence in response to growing unrest in Central Europe and Germany, when the threat of revolution loomed."

The ambassador says he believes that this also "facilitated the peaceful reunification of Germany."

In that sense, it is a fitting coincidence that Germany should be adopting the chair of the United Nations Security Council in July, just a few days after the 75th anniversary of the signing of the charter.

United Nations at 75: A rose for peace

When delegates from 50 nations met in San Francisco to sign the United Nations Charter in June 1945, they found a special message in their hotel room: a vase with a single rose bearing a special name. (25.06.2020)