More than a quarter of a billion children have no access to schooling, a United Nations agency has found. The coronavirus pandemic is only making matters worse. 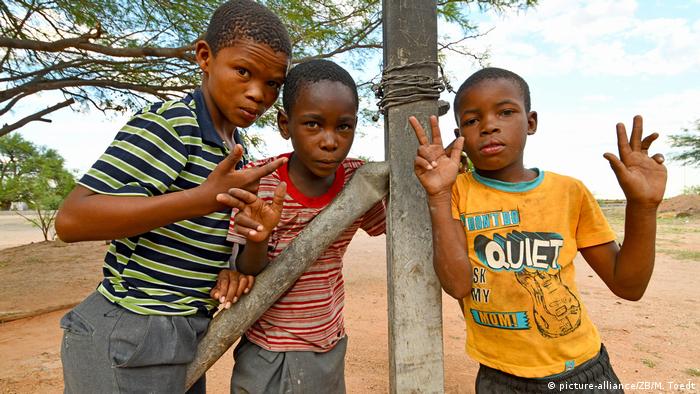 More than 250 million children had no access to schooling in 2018, the United Nations agency for education reported on Tuesday. This is down from about 350 million at the turn of the millennium.

Children from poorer communities as well as girls, the disabled, immigrants, and ethnic minorities were more likely to miss out on education in many countries, UNESCO found.

In 2018, "258 million children and youth were entirely excluded from education, with poverty as the main obstacle to access," the report found.

This amounts to 17% of all school-age children missing out on education. They were mostly concentrated in South and Central Asia and sub-Saharan Africa.

In sub-Saharan Africa one in two children are affected.

The Paris-based organization found that the coronavirus pandemic had only made the situation worse, with 90% of the world's student population affected by school closures.

Children living in poverty were unable to continue their education using laptops, mobile phones and the internet, as many wealthier students could.

"Lessons from the past — such as with Ebola — have shown that health crises can leave many behind, in particular the poorest girls, many of whom may never return to school," UNESCO's director-general Audrey Azoulay said.

German Development State Secretary Maria Flachsbarth said: "In the context of a crisis, such as the current COVID-19 pandemic, existing inequalities are worsening worldwide."

LGBTI students in the United States were almost three times more likely to avoid school because they felt unsafe.

UNESCO warns millions of kids left behind on education

"Unfortunately, disadvantaged groups are kept out or pushed out of education systems through more or less subtle decisions leading to exclusion from curricula, irrelevant learning objectives, stereotyping in textbooks, discrimination in resource allocation and assessments, tolerance of violence and neglect of needs," the report said.

About 335 million girls are not provided water and sanitation services needed to attend school while menstruating. In some central and eastern European countries, Roma children are segregated, while in Asia displaced people such as Rohingya are taught in different systems.

"Just 41 countries worldwide officially recognized sign language and, globally, schools were more eager to get internet access than to cater for learners with disabilities," it said.

Walter Hirche, member of the Executive Board of the German Unesco Commission, said Germany had already achieved a lot, "but the majority of children and young people with special educational needs still learn separately instead of attending classes at general schools," said Hirche. "We must change that."

Is Germany facing another "education catastrophe?" The 2018 PISA study shows German schoolchildren are performing at above-average levels. However, a shortage of teachers threatens to undermine that progress. (03.12.2019)