Foreign Minister Heiko Maas made the plea on the eve of the 75th anniversary of the bombing of Hiroshima. "The world must not forget what happened," he said, urging nuclear powers to abide by existing treaties. 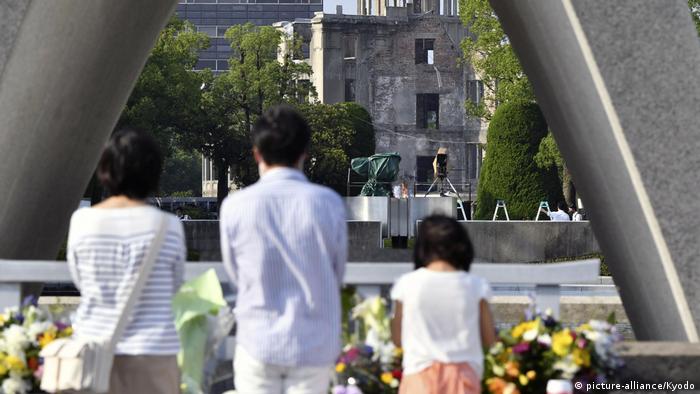 Germany's top diplomat Heiko Maas on Wednesday made a plea for "new impulses for nuclear arms control and nuclear disarmament." The foreign minister's statement comes as Japan prepares to mark the 75th anniversary of the bombing of the city of Hiroshima by the US at the end of World War II.

The atomic bomb, dropped on the morning of August 6, 1945, was the first to ever be used on an enemy and killed at least 140,000 people — most of them instantly.

"The world must never forget what happened in Hiroshima and a few days later in Nagasaki — and why," Maas said.

The statement said that Germany and Japan call on nuclear powers "to live up to their special responsibility for nuclear arms control and nuclear disarmament." 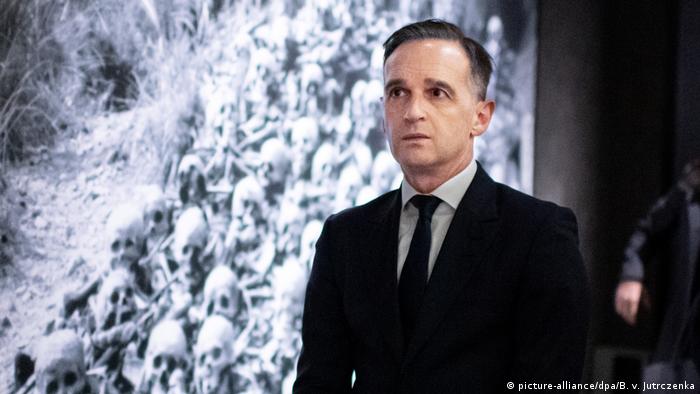 The foreign minister criticized nuclear powers for allowing international treaties to erode, warning that it sets a poor example for others and only encourages "countries like North Korea to acquire nuclear weapons." Maas said the situation had come about because nuclear powers were following "shortsighted and irresponsible power political aims."

The top envoy said situations like that in North Korea, which has made its nuclear ambitions glaringly clear, "present challenges to the entire global community."

The beginning of a new and ominous era

After the bombing of Hiroshima, the justification of which remains controversial to this day, US President Harry S. Truman ordered the bombing of a second Japanese city, Nagasaki, in an attempt to force the Japanese to surrender.

Japan surrendered to the Allied Forces on August 15, and the Japanese government formally signed the instrument of surrender on September 2, ending the war.

India, Pakistan and North Korea have also conducted nuclear tests and it is widely thought that Israel also possesses nuclear arms. None of the latter countries is a party to the Treaty on the Non-Proliferation of Nuclear Weapons (NPT), which went into force in 1970 with the goal of preventing the spread of nuclear arms.

The Trump administration recently chose to withdraw the US from a bilateral nuclear arms agreement — the Intermediate-Range Nuclear Forces Treaty (INF) — with Russia, claiming that Russia was in violation of the agreement.

The New Strategic Arms Reduction Treaty between the two countries, known as New START, is set to expire on February 5, 2021. Should the treaty expire, it would be the first time that neither power faced restrictions on their nuclear arsenals in more than half a century.