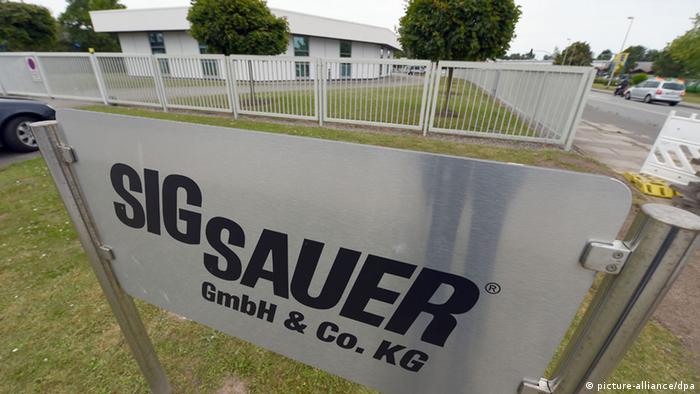 The public prosecutor's office in Kiel, northern Germany, on Thursday confirmed it had charged five managers of arms producer Sig Sauer for delivering guns to Colombia without authorization.

The case relates to over 36,000 pistols, manufactured by the company in the Baltic coast town of Eckernförde, that ended up in the hands of Colombian police via a subsidiary in the United States, a spokesman for the prosecutor said.

Read more: German arms exports: What you need to know

If convicted, the suspects face up to five years in prison. The prosecution is also demanding the company pay a €12-million ($14.8 million) fine.

Sig Sauer said in a statement it was aware of the charges "for violating the Foreign Trade Act," but added that it remained firmly convinced its "exports to the United States have always complied with the law."

No permit for trade with Colombia

The prosecutor in Kiel began investigating Sig Sauer in 2014 when the allegations first came to light. According to authorities, the arms manufacturer delivered around 70,000 SP2022 pistols to its US sister company, Sig Sauer Inc., between 2009 and 2012.

The weapons were supposedly destined for the American market. But more than half of them allegedly ended up in the hands of Colombian police as part of an initiative by the administration of former President Barack Obama to support the country's fight against drug-related crime.

German weapons exports must be approved by the Federal Office of Economics and Export Control. Authorities said Germany would never have authorized such a transfer to Colombia at the time because of the then-ongoing civil war — something the prosecution in Kiel alleges Sig Sauer's management would have been aware of.

Read more: 'Islamic State' is fighting with weapons made in the EU: study 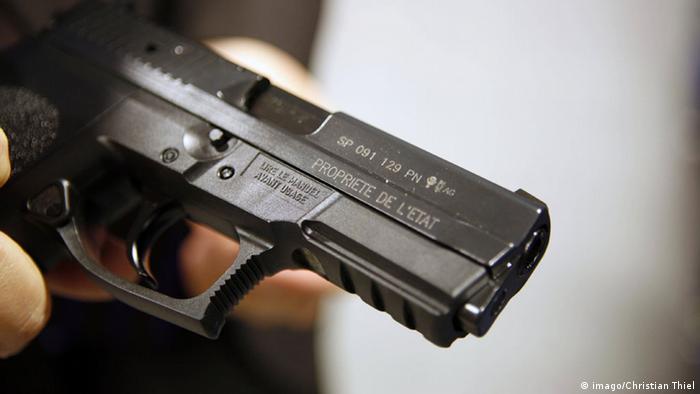 Thousands of Sig Sauer SP2022 handguns ended up in Colombia

North Korea's relentless pursuit of nuclear weapons and missiles has raised the threat of a full-blown conflict on the Korean Peninsula. South Korea has also been acquiring German weapons for its self-defense. (14.08.2017)

Coronavirus digest: Ireland goes back into lockdown 1m ago

Trump to remove Sudan from US terror blacklist 5h ago

US charges 6 Russian military intelligence officers over cyberattacks 7h ago