German weapons maker Sig Sauer is facing a second lawsuit on suspicion of illegally exporting guns to Latin America. A Mexican drug cartel member has confessed to killing 12 people with one of its handguns. 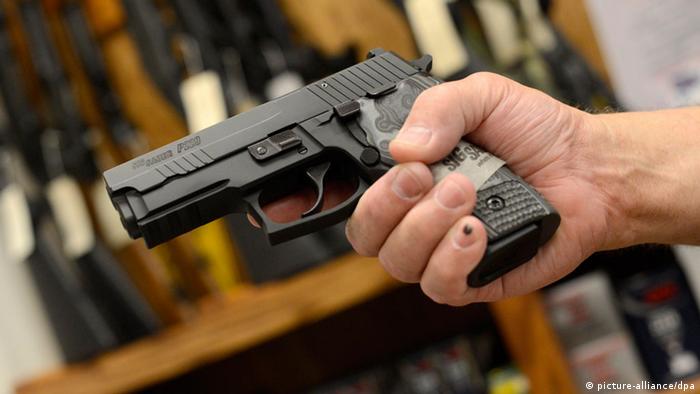 German anti-weapons campaigner Jürgen Grässlin has filed charges against Sig Sauer after revelations that a Mexican drug cartel member used one of the company's 9mm handguns to kill 12 people - including a prominent human rights campaigner.

The charges - on suspicion of illegal weapons exports - were filed following the release of Chihuahua court documents about the 2010 murder of Marisela Escobedo. The 52-year-old woman became a prominent activist in Chihuahua after a man who confessed to murdering her 16-year-old daughter was acquitted by a Mexican court.

In a short documentary aired on Sunday night, German state TV network ARD showed CCTV footage of the murderer chasing Escobedo across a street in the city of Chihuahua and shooting her in the back of the head. 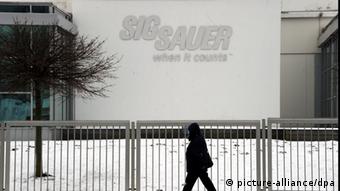 Sig Sauer's slogan is "When it counts"

"It's a particularly horrifying case, but it's also a special case - it's very rare," said Grässlin. "We have a convicted killer who confessed that he killed at least 12 people, and the gun's serial number - and Sig Sauer themselves say it is one of their guns."

"We don't know where exactly the gun was assembled - but we know it was German expertise, German technology - either separately or in one piece - and it found its way to the perpetrator in Mexico - the fact that he had it was illegal, because there was no export license," he told DW.

Escobedo's daughter Ruby disappeared in 2008, and her mother, frustrated at the slow police investigation, found out for herself that Ruby had been killed in 2008 by her boyfriend, a member of the Los Zetas drug cartel. He was subsequently arrested, confessed, and led the police to her body - only to be acquitted for lack of evidence. ARD showed Escobedo break out in tears in a courtroom in 2010 as the verdict was read, before screaming at the judge and storming out.

For the next seven months until her murder, Escobedo campaigned against Mexico's judiciary, which has often been accused of corruption, before finally confronting the chief state prosecutor himself. "I am convinced that she signed her own death sentence on that day," lawyer Gabino Gomez, a close associate of Escobedo, told ARD.

Unlike her daughter's boyfriend, Escobedo's killer - another member of Los Zetas - was convicted, and the Sig Sauer gun was identified as the murder weapon (among an arsenal of some 200 firearms found in his possession). "Now we know that it was a 9mm gun, from a German firm," said Gomez. "According to the files, he killed another 11 people with this weapon alone." 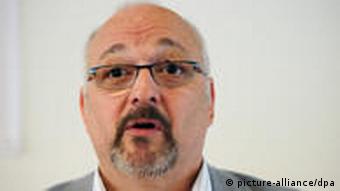 Chihuahua is one of four Mexican states that the German government has declared as too dangerous and corrupt to export weapons to, and the German Economy Ministry has confirmed that Sig Sauer has not been granted an export license to Mexico since 2000.

Sig Sauer did not respond to a request for comment from DW, but according to ARD it has claimed that the murder weapon was produced at its factory in New Hampshire, in the US, and sold, probably in a batch of several hundred, to a legal dealer in Mexico.

"But if they want to pass on deliveries, to Colombia, to Mexico, to Venezuela or wherever, they need another export license," Grässlin told DW. "This definitely didn't happen." According to Germany's Federal Office of Export Control, an export license is still necessary if "technology from Germany has been exported to the subsidiary company in the US in advance," and confirmed that it had not received an application for a license from Sig Sauer.

Sig Sauer, which is based in Eckernförde, northern Germany, is already under significant legal pressure after it was revealed last year that tens of thousands of its handguns, manufactured in Germany, found their way to Colombia via its US subsidiary. Grässlin pressed charges against the firm over the revelations in July 2014, and within days the German government banned the company from exporting any more weapons.

German weapons manufacturer Heckler & Koch turned to Germany's military counterintelligence agency amid fears of a possible corporate takeover in 2013. The company is one of the most successful gunmakers in the world. (17.05.2015)