German media reports claim that Heckler & Koch may face a heavy fine for sending thousands of G36 rifles to Mexico. The reports come hours after the defense minister confirmed attempts to cover up the weapon's faults. 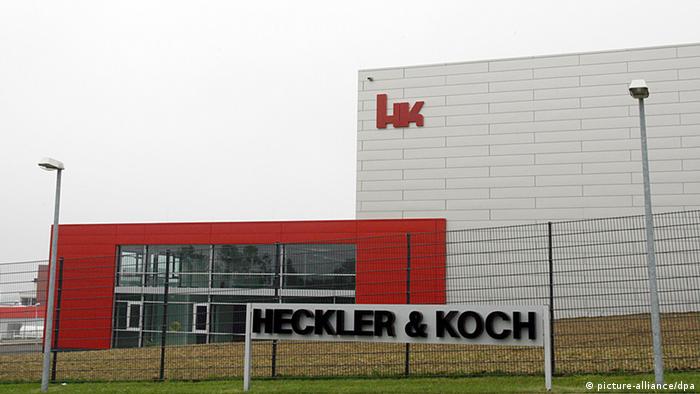 According to reports published by the German daily "Süddeutsche Zeitung" and broadcaster NDR on Friday, the arms company delivered a total of 9,472 G36 assault rifles to Mexico between 2003 and 2011. The company has been suspected of illegally supplying arms to crisis regions on several occasions.

Exports of the rifle, which has faced criticism over accuracy problems, are currently permitted across most of Mexico with the exception of the states of Chiapas, Chihuahua, Guerrero and Jalisco. Export restrictions were implemented there due to suspected police corruption.

A previously unpublished report from the Customs Criminal Office (ZKA) in Cologne alleges, however, that Heckler & Koch delivered some 4,767 G36 guns to the prohibited states.

In the town of Iguala in Guerrero, where 43 students were last year abducted by the police and later allegedly assassinated by gang members, 36 of the illegal rifles were discovered.

The ZKA reportedly concluded that Heckler & Koch was responsible for "bringing about, encouraging, or at least approving" the illegal exports. 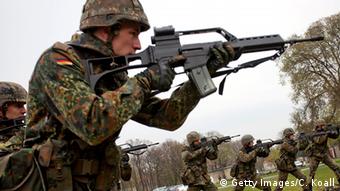 The criminal office therefore recommended that five former officers and employees of the company should be indicted on grounds of "offenses" against war weapons control and the foreign trade law. The ZKA also urged for Heckler & Koch to be stripped of its 3 million euros of illegal profits made from the exports.

In a separate incident on Thursday, Heckler & Koch was also linked to reports by German magazine "Der Spiegel" that a senior German official had written a letter to the military intelligence service MAD, asking it to try to find the source of leaks about the G36 assault rifle.

According to the report, the official wrote the letter at the demand of Heckler & Koch, which feared recent media reports on the assault rifle's shortcomings could damage the company's reputation. The G36 had been standard issue in the German military before problems with its accuracy under certain firing conditions came to light.

German Defense Minister Ursula von der Leyen said on Thursday she found it "very strange" that Heckler & Koch had approached the ministry about the issue and that it was "completely unacceptable" that the civil servant supported the initiative.

Members of Germany's Greens and Left Party have called for a parliamentary inquiry to be set up to investigate the matter further.

Defense Minister Ursula von der Leyen has criticized her office's dealings with the problematic G36 rifle under her predecessor Thomas de Maizière. In April, von der Leyen said the Bundeswehr would no longer use the G36. (06.05.2015)

Germany's military will have to find a replacement for the current G36 assault rifle, according to Defense Minister Ursula von der Leyen. Special Forces troops are to receive new weapons immediately. (22.04.2015)