Germany′s political outliers who embarrass their parties | Germany | News and in-depth reporting from Berlin and beyond | DW | 06.07.2021

All major German political parties have a politician who knows how to play to the gallery with carefully honed outrageous statements —  to the annoyance of their party leaders. But why don't they just get kicked out? 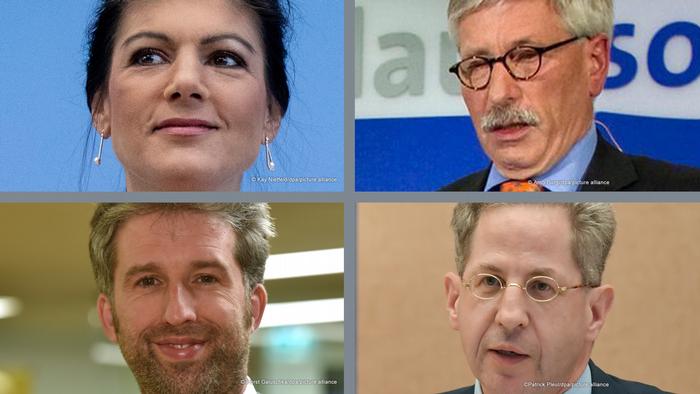 Every political party seems to harbor one outlier who announces himself by making unfiltered, offensive remarks that violate social norms. Their party is outraged and wants to disown them — only to be swayed by their popularity.  Donald Trump was the ultimate example of this.

Such figures exist in Germany too — the only difference is that none of them have been elected to the highest office in the land (so far). Party leaders are faced with a Faustian choice: Kick them out or embrace the popularity they bring? And even if they want to eject them — it is not always legally possible. 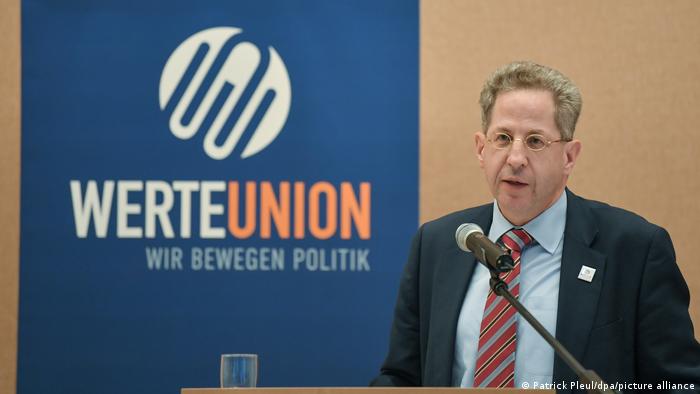 The former head of Germany's domestic intelligence agency (BfV) is now a CDU Bundestag candidate in the state of Thuringia, and he seems to have studied the playbook of populist provocation: Put out an outrageous statement that generates three days of political media coverage about you, then partially walk back the outrageous statement by claiming you were misunderstood all along.

This happened again last week when Maassen suggested in an interview that journalists working for Germany's public broadcasters should be subject to background checks because he had noticed a "clear left-spin" in ARD's flagship evening news show Tagesschau. Four days of anger and demands for his resignation later, he tweeted on Sunday that there should be no check on journalists' personal opinions after all.

This has happened before.Maassen never received a bigger profile boost than when Interior Minister Horst Seehofer abruptly removed him from his post in November 2018.  Maassen had caused outrage by publicly casting doubt on the veracity of a widely-shared video showing immigrants being attacked in the street in the city of Chemnitz. Seehofer initially wanted to move Maassen to a quiet post in the Interior Ministry, only for public pressure to force his complete removal from government.

Since then, Maassen has become a leading light of the so-called "Werteunion," which represents the CDU's more conservative members. An opponent of immigration, he once told a local party meeting that he "did not join the CDU 30 years ago so that 1.8 million Arabs could emigrate here today."

He is also a fan of the occasional startling comparison: In one interview with a little-known libertarian internet platform "Hallo Meinung" (Hello Opinion), he suggested that Germany's policies on the climate crisis were signs of a historic hubris, apparently like the First and Second World Wars: "We already tried to save the world twice, and it's gone wrong each time."

Several CDU leaders have come under pressure to remove Maassen from the party, but current leader Armin Laschet recently defended the party's decision to allow him to stand as a Bundestag candidate, saying that allegations accusing Maassen of spreading antisemitism were unfounded.

Fate: Now standing as Bundestag candidate in the state of Thuringia. 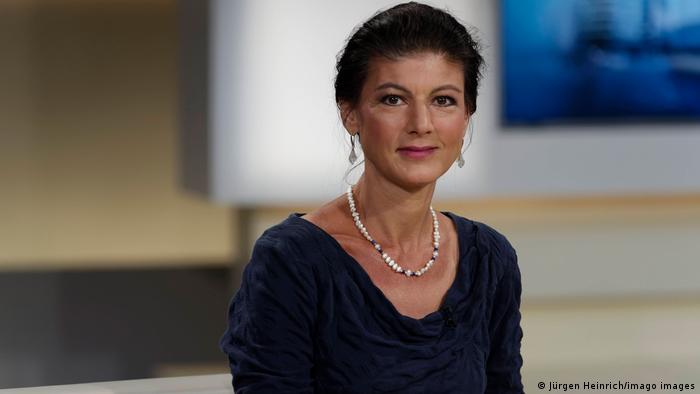 A parliamentary leader of the Left Party from 2015 to 2019, Sahra Wagenknecht has overshadowed the rest of the socialist party's leading figures, largely because of her ubiquitous media presence. She has been a fixture of German political talk shows for several years, but her brand of leftism has often clashed with that of other members of her party.

Her views on immigration have attracted the most anger. Unlike other Left party members, she believes open borders only help global corporations take advantage of low-wage workers. She also drew comparisons with the far-right Alternative for Germany (AfD) when she placed some of the blame for terrorist attacks in Berlin on Angela Merkel's decision to open borders to refugees in 2015.

Her new book, entitled Die Selbstgerechten ("The Self-Righteous"), was received as a deliberate attempt to bait German left-wing liberals. In it, she argues that the left has become fixated on identity politics and lifestyle choices rather than fighting for core values like equal opportunities and the empowerment of the working classes. These concerns, she says, have only served to divide society rather than promote solidarity and cohesion.

She has spoken out against progressive grassroots movements like Unteilbar, Black Lives Matter, and Fridays for Future, and in 2018 started her own left-wing grassroots movement — along with other mavericks from the Social Democratic Party and the Greens, named Aufstehen ("Stand Up"). Though it did not attract the same following.

Fate: Despite often angering other prominent Left party members, Wagenknecht has been selected as the party's lead candidate for this September's general election in North Rhine-Westphalia. 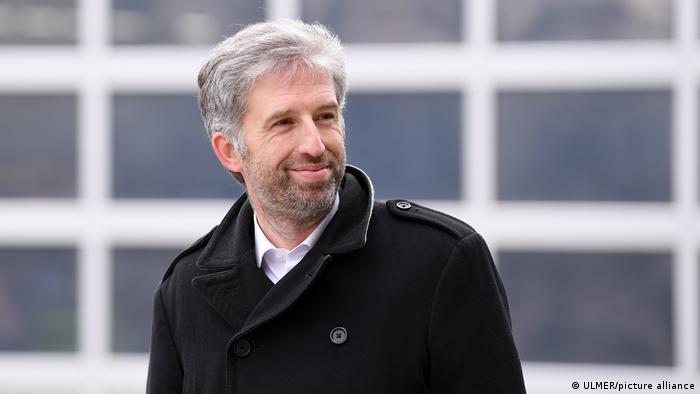 Though only the mayor of the relatively small city of Tübingen, southern Germany, Boris Palmer gained a national profile as the Green party's recalcitrant troublemaker since he first took office in 2007.

Though his environmentalist credentials remained solid (he spearheaded a number of climate protection initiatives in the city), he took a hardline approach to the refugee crisis in 2015, advocating for more deportations, closing and militarizing the EU's borders, and a new broader definition of "safe countries of origin."

More recently, he sparked outrage in the coronavirus debate by calling for looser lockdown measures and reliance on herd immunity.  Most notoriously, in April 2020 he told a breakfast TV show on the Sat 1 channel: "I'll tell you brutally: We might just be saving people in Germany who are going to be dead in half a year anyway — because of their age or previous illnesses."

Palmer faced internal criticism and demands for removal from the Green party several times, though the leadership consistently resisted that, while still distancing themselves from some of his statements: That was until May 2021, when  Palmer posted racist and vulgar comments on Facebook, which he declared he meant as an ironic comment on "cancel culture." Some observers suspect it was a deliberate maneuver to provoke his ejection from the Green party. If so, it worked.

Fate: Rejected by the party leadership and Green party base. Proceedings were started to throw him out of the party this year. 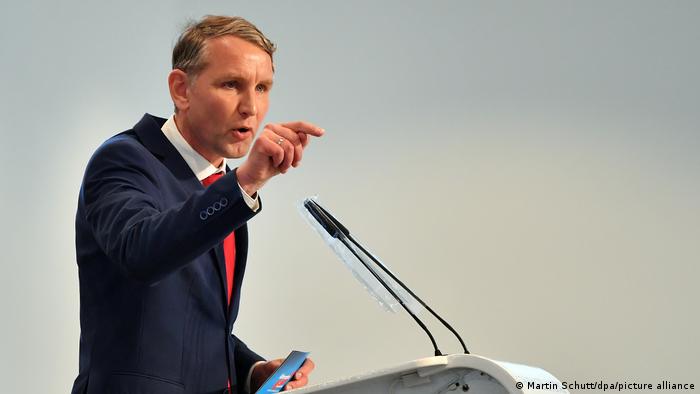 Björn Höcke has long been the AfD's most notorious figure. A former schoolteacher from western Germany and now head of the far-right party in the eastern German state of Thuringia, Höcke is the central figure in the now-disbanded hardcore nationalist section of the party known as the "Wing."

Höcke's own expressed views have often been openly racist: These included his contention, made during the refugee crisis of 2015, that Europeans and Africans have evolved genetically different breeding habits that would eventually threaten Europe's "native" population if immigration was allowed to continue.

A year later, Höcke said that Germany was being "crippled" by its attempts to come to terms with its Nazi history, and said it was high time Germany began restoring its "lost masculinity" instead of commemorating Nazi victims. This culminated in the now-infamous phrase, uttered during a speech before the Junge Alternative, the AfD youth wing, demanding that Germany take a "180-degree turn" in its "memorial politics."

Several researchers, as well as Jewish community organizations in Germany, saw Höcke's rhetoric as a direct attempt to revive Nazi ideas, and the then-AfD leader Frauke Petry was already openly describing Höcke as a burden to the party in 2017. But other prominent party figures, most notably Alexander Gauland, have expressed solidarity with him, while Petry has since been ousted by the party hierarchy.

Fate: Several attempts by the party leadership to remove Höcke have failed. Gauland once described Höcke as being "in the middle of the party." 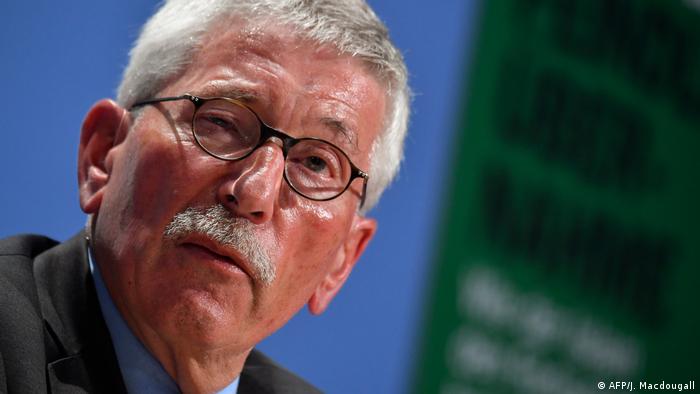 Thilo Sarrazin was ousted from the SPD after several failed attempts

A former finance minister in the state of Berlin, and before that an official in the German Finance Ministry during the reunification of Germany, Thilo Sarrazin is the one politician on this list to have wielded real political power.

During his term as Berlin finance minister, he began to show signs of departing from his party's traditional moderately left-wing doctrine: He advocated for restricting pensions for public servants, stripping teachers of their public official status, and, most notoriously, in 2008 published tips for people living on unemployment benefit on how they could eat for less than €4 ($5) a day, and was probed for disparaging comments on the city's Turkish population.

Those controversies paled in the memory, however, in 2010, when Sarrazin was no longer in a government office and published a bestseller entitled "Deutschland schafft sich ab "(Germany is abolishing itself), in which he argued that Germany's future prosperity was threatened by a demographic shift caused by a low birth rate and an influx of poor, under-educated Turkish and Arab immigrants.

The book caused a massive media debate, with Sarrazin invited onto countless TV talk shows and giving dozens of press interviews to defend his thesis from the ensuing outrage. These appearances often engendered new controversies, as when he suggested at one point that Jewish people shared a common gene and that the average IQ in Germany was falling because of immigration.

Sarrazin received much criticism from among the center-left Social Democrats but refused to leave voluntarily, which left the party to fight a number of internal battles while publicly sidelining him.

Fate: Finally ousted from the party on the third attempt, and only after a lengthy legal battle, in July 2020.