Germany's Grafenrheinfeld reactor, the country's oldest remaining nuclear plant, has been decommissioned. It's part of a move to eliminate all nuclear power plants operating in the nation by 2022. 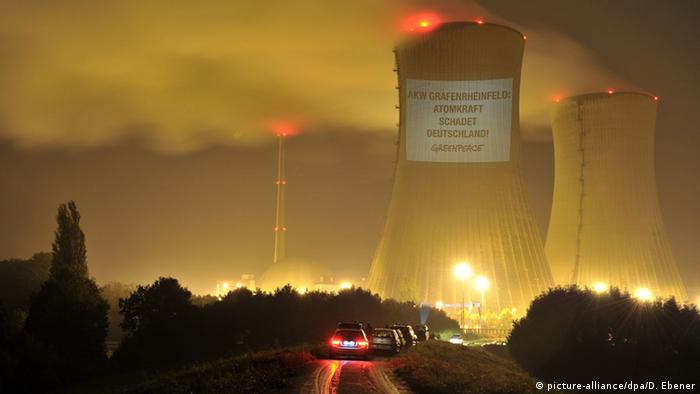 The plant was taken offline at one minute to midnight on Saturday night, after having operated for more than 30 years. Grafenrheinfeld, in the north of the German state of Bavaria, first went into service in 1981, and has produced more than 333 billion kilowatt-hours of electricity.

It is the first reactor to close since Germany shut down the oldest eight of its 17 plants in 2011, just prior to the Fukushima meltdown in Japan. Germany will next switch off one of two reactors at the neighboring Gundremmingen plant. It plans to shut down all nuclear power plants in the country by 2022.

Environment Minister Barbara Hendricks described the event as "a visible signal that the nuclear exit is moving forward."

"Every nuclear power station that goes offline reduces the so-called residual risk that is linked to the use of nuclear power plants and moves us a step forward in the reorganization of our energy supply," she said.

However Ulrich Grillo, President of the German Federation of Industry (BDI), warned it could also have a negative impact. "When a plant goes offline, it becomes more difficult, regionally, to ensure security of supply," he told the "Neue Osnabrücker" newspaper. He emphasized that in order to keep Germany's clean power industry viable, production and jobs needed to be secured.

Germany is aiming to have 80 percent of its electricity supplied by renewable sources by 2050, under its "Energiewende" strategy. So far a quarter of the country's power needs are met through sustainable means, but doubts remain over its ability to fulfill the pledge. Adding further strain has been the Russia-Ukraine conflict, which could endanger Germany's main supply of natural gas.