Does Germany need immigration laws? Who should be allowed to move to the country? In this year's election campaign, this issue will be addressed by every major political party. The Greens just outlined their plans. 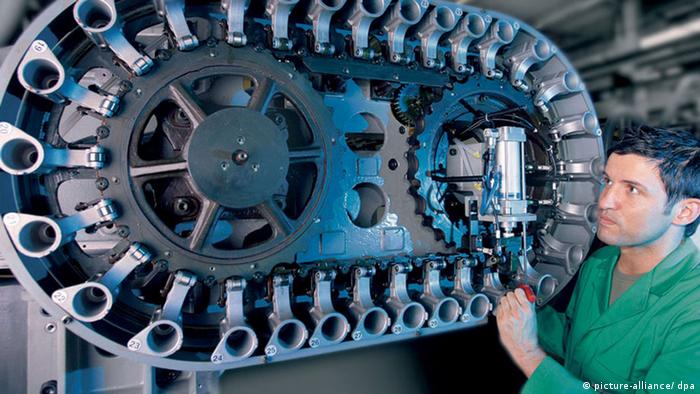 In light of the refugee crisis, every party represented in German parliament has been working on their own version of immigration policy. The most liberal proposal to date comes from the Green party, which outlined what it calls a "talent card."

"It is a card with which highly-qualified workers and their families can move to Germany without already having a job," said Katrin Göring-Eckardt, the Greens' parliamentary group leader. "They have a year to try to find a job in Germany." During this time, no social services are provided; applicants must earn their living.

Göring-Eckardt sees this as an opportunity, especially for small businesses, to find skilled employees for workshops, as well as small hospitals and care facilities. "We know that large corporations and large hospitals have recruitment offices in other countries, for example, in Vietnam," she said, adding that small businesses do not have the means to do this, so they depend on workers with special skills who are already in Germany. 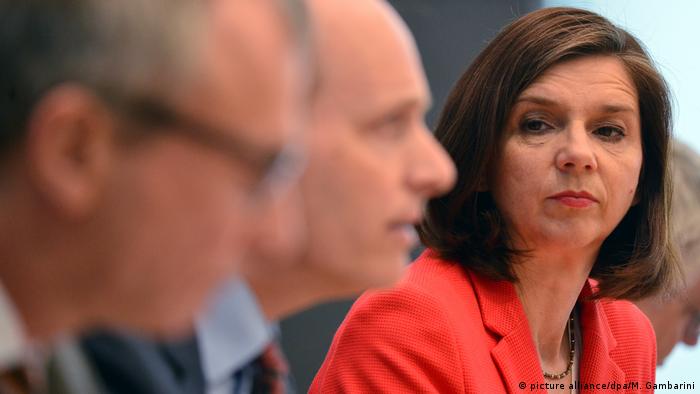 Göring-Eckardt has proposed a 'talent card' system for German immigration

Furthermore, the Greens want to do away with the red tape involved in immigration. Visa restrictions for low-skilled workers would need to be cut back and the priority examination for qualified workers would be eliminated, which means there would be no evaluation of whether a German or EU citizen could also be eligible for the job. Families would be allowed to move together from the beginning, without individual family members having to provide proof of language skills before entering the country.

From asylum applicant to immigrant

The Greens also plan to focus on easier immigration through university programs, vocational training or professional development programs. The party aims to help asylum-seekers and those who have restricted residency rights to obtain a residence permit for work purposes if certain stipulations are met. Immigration and asylum law should remain separate processes, but a "lane change" must be made possible, said Göring-Eckardt. 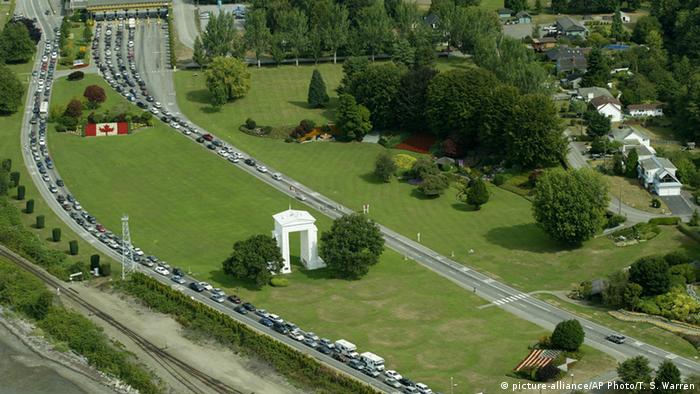 The Greens' immigration platform was inspired by Canada's points system

Like the center-left Social Democratic Party (SPD), the Greens are inspired by the point system used in Canada, which is tailored to the needs of the labor market. In November 2016, the SPD proposed to award points for qualifications, language skills, age, job offers and other integration aspects, like work experience or relatives residing in Germany. If applicants provided proof of a job offer, they would automatically move up in the ranking.

The Social Democrats would like the Bundestag to decide how many people would be allowed to immigrate annually, while the Greens have proposed establishing an independent immigration commission, which would be comprised of representatives from the business world, science community, society and public authorities. The commission would set the criteria to be met by immigrants and decide on the number allowed into the country. The commission would react flexibly, for example if the demand on the German labor market changed or the economy collapsed, said the migration policy spokesman for the Greens in the Bundestag, Volker Beck.

The SPD and Greens have developed the most concrete law proposals thus far. The alliance of Chancellor Angela Merkel's conservative Christian Democratic Union (CDU) and its sister party in Bavaria, the Christian Social Union (CSU), has not developed such proposals yet. The CDU/CSU is divided over the issue. Some party members believe that everything is already regulated, in particular by the EU. Others believe that the existing regulations do not suffice. When CDU General Secretary Peter Tauber brought up immigration law two years ago, he was met with fierce opposition from within his own ranks. But the conservative parties face great pressure from businesses. Even in Bavaria, companies have difficulty finding qualified workers. The CDU/CSU's own election platform says that "Germany also needs a set of rules for immigration management because in the future, Germany will have to rely more on specialists from abroad to meet the demand for qualified workers."

The Left party still rigorously opposes immigration laws. "Germany does not need immigration laws that provide capitalists with better conditions for exploitation and are ultimately aimed at wage dumping," said Sevim Dagdelen, the Left party's integration representative. "A selection system like this is neoliberal and, in essence, racist."

Dagdelen believes that businesses should invest in local training instead of recruiting skilled workers from poorer countries. "The brain drain is devastating for the affected countries and leads development policy ad absurdum," he said.