′Brain drain′ from Bulgaria and Romania helps Germany | Europe | News and current affairs from around the continent | DW | 28.12.2016

Ten years after joining the EU, both Bulgaria and Romania are suffering from an exodus of skilled workers. But the brain drain has been a brain gain for Germany. 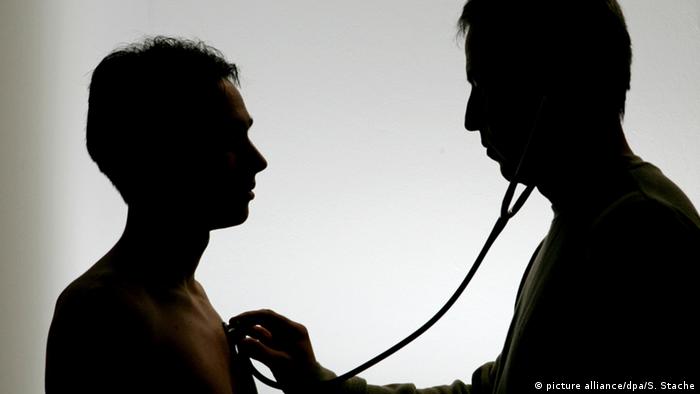 Her new life began in 2009 - two years after her home country joined the EU. Back then, Elena Ioana Braicu, a Romanian doctor, took a job at Germany's largest medical institution, Berlin's Charité Hospital.

"I had a good standard of living in Romania. But it was important for me to prove to myself that I could work my way up from the bottom of a more advanced system," Braicu tells DW. The doctor says she cannot imagine returning. "I couldn't start over in the Romanian health system. You have to work much more in Germany, but you also have more opportunities to rise within the system."

Anna Dimitrova was also hoping for better career opportunities when she emigrated to Germany 20 years ago. Now, the 40-year-old Bulgarian is one of Germany's few top managers with a migrant background: "After the Berlin Wall fell, it was pretty obvious that I would study abroad. I wanted to study business management and learn how the market economy functioned first-hand."

She pursued her goal with what she called "hard work and a strong will" from the outset. And it paid off: The Bulgarian graduated at the top of her class at the University of Nuremberg. Upon completing her studies she was hired by Mannesmann - later to become telecom company Vodafone - and is now a member of the company's executive committee. 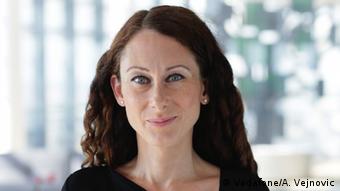 Dimitrova became a manager at Vodafone

Thousands of young Bulgarians have embarked on the journey that Dimitrova completed. According to German statistics database Statista, more than 225,000 Bulgarians were living in Germany in 2015 - many with an above average education. While Germany's labor market has profited from this influx, Bulgaria has suffered: The Bulgarian Academy of Sciences estimates that in five to ten years the country will have lost some 400,000 qualified workers.

Romania, which joined the EU alongside Bulgaria in 2007, is plagued by similar problems. Though both countries profit from remittances sent home to families, the lack of skilled workers has become clearer over time. The medical sector has been hit hardest. Some 43,000 pharmacists have left Romania in the ten years since the country joined the EU, with 5,000 Romanian medical specialists working in Germany alone.

Three years ago, Kostas Ifandopol, a young Romanian dentist, decided to emigrate to Berlin, a move he says was mainly prompted by money considerations. After completing his studies in Bucharest, he spent a year working as a dentist in Romania, but he soon realized that he would not be able to fulfill his dream of opening his own practice in his home country.

"In the long-term I have much better chances in Germany. I can secure good bank loans here, and only have to work 15 or 20 years to pay them off, not 40," Ifandopol told DW. He is currently working at a Berlin dental practice: "I earn about ten times as much here as I would in a Romanian practice."

Ever more Bulgarian doctors are taking the same route. Today, the country, which has roughly seven million inhabitants, has only 28,000 doctors. Seven years ago there were 35,000. Though this has led Bulgaria and Romania to look to the future with trepidation, German clinics have profited greatly from the influx of specialists from Eastern Europe: "Brain drain" for some is "brain gain" for others.

"Some regions in Germany would not have medical personnel if it weren't for doctors moving here from Eastern Europe," says Jalid Sehouli, director of the Charité's Gynecology Department. Born to Moroccan immigrant parents in Berlin, Sehouli likes the multicultural character of the Charité team: "My senior physician is from Bulgaria, Ms. Braicu comes from Romania, and we have an assistant from Bulgaria as well. All of these colleagues have a very good education, have a talent for languages and quickly learn how our system works."

According to a recent United Nations study, some 3.4 million Romanians work abroad. Bulgaria's population has also shrunk dramatically over the last decade: More than a million Bulgarians have emigrated since the fall of the Iron Curtain in 1989.

"This emigration has had a very negative effect on the Bulgarian economy, for most of those émigrés were highly qualified specialists," says Mitko Vassilev, chairman of the German-Bulgarian Chamber of Industry and Commerce, before pointing out that German investors often complain about the lack of well-trained skilled laborers in Bulgaria. 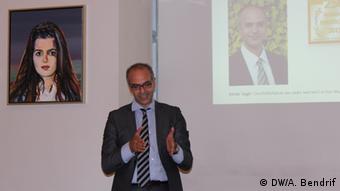 Sehouli is proud of his team at the Charite

But migration research tells us that "it is not necessarily a bad thing when skilled persons emigrate," argues Herbert Brückner, a researcher at the Institute for Employment Research (IAB) in Nuremberg. "A country's human resources need not be depleted just because more is invested in education." Moreover, a lot of people spend a few years abroad and then return home. Though he admits there are problems - especially in the medical sector: "Emigration has certainly had negative consequences in that area."

Returning to Bulgaria - with a German husband

Migration, not only that of medical specialists, looks set to preoccupy Bulgaria and Romania for some time: A poll conducted by Germany's Friedrich Ebert Foundation (FES) found that 43 percent of Bulgarians and 40 percent of Romanians plan to leave their respective countries.

Yet stories like that of Bulgarian Tanya Schnell give hope: She returned home after successfully completing her studies in Germany - and took her German husband with her. The two have gone on to build a life for themselves in this, the poorest country in the EU. "I came back because I love Bulgaria. And because I wanted to start something positive here," says Schnell.

A mother of two, she has dedicated herself to environmental protection - and has no regrets about returning home: "Sure, I miss Germany's libraries, its bike lanes, playgrounds and good healthcare. But at the same time I have the feeling that I can be more useful here, that I can make more of a difference than in Germany - for instance when it comes to environmental protection. That gives me strength."

Immigrants tend to vote for the center-left Social Democrats, while the conservative Christian Democrats clearly lag behind. Many people new to Germany do not feel represented by the major parties, a new study finds. (16.11.2016)

A new report says Germany's federal states should steer refugees toward communities where integration is more likely. But would such communities accept more people in need at a time when migration itself is under fire? (22.11.2016)