Germany′s far-right AfD stronghold: Life is good, but ′people are scared′ | Germany | News and in-depth reporting from Berlin and beyond | DW | 06.09.2019

Almost 50% of voters from Neisseaue who turned out in Saxony's elections cast their ballot for the far-right AfD. "Life is good," say locals, but migration remains an issue — despite there being no refugees.

Nestled on the riverbank in Neisseaue, on the German-Polish border, stands a huge stone. "The easternmost point in Germany," the plaque reads. The stone has long been an attraction for cyclists and hikers who stop to document their visit in the "Zipfelbuch" — a sort of guest book and landmark.

Two cyclists from the state of North Rhine-Westphalia, home to Germany's westernmost point, wrote earlier in the day how glad they were to be in Neisseaue, 30 years after the fall of the Berlin Wall.

Since Saxony's state election on Sunday, however, the tiny borough of villages, home to fewer than 1,800 people, has become known for something else: Almost half (48.4%) of eligible voters from Neisseaue who turned out for the poll voted for the far-right, anti-immigrant Alternative for Germany (AfD) — more than anywhere else in the state. 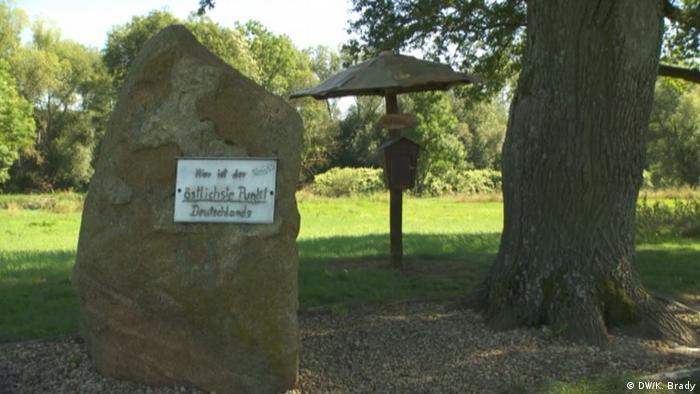 The easternmost point in Germany is nestled up against the River Neisse, beyond which is neighboring Poland

Set behind the leafy green bank of the River Neisse, the villages of the borough are a far cry from the image of a neglected and forgotten rural Germany that is often used to explain voters' motives for supporting the AfD. Large pastel-colored houses, surrounded by huge gardens and neat flower beds line the streets.

The community has a theme park, basic shopping amenities, a school. But the quaint winding roads seem at first eerily empty, bar a few remaining placards from the election campaign.

"That's because most people are at work," says Neisseaue's mayor, Evelin Bergmann.

After the success of the far-right in May's EU elections, Bergmann wasn't surprised that the AfD did well at the polls. But the fact that one in two of those who voted cast their ballot for the far right is still a shock, she says.

"After German reunification, things were bad here. After the closure of many nearby industries, many people up and left. Those who stayed were often out of work. But now life is good here. The community is getting younger too. People are actually moving here."

The borough, however, is still plagued by the common problems in rural Germany: a lack of doctors, a lack of teachers, poor street lighting at night, and border crime.

The most common issue mentioned by local AfD voters, however, is Germany's refugee policy — despite there being exactly zero refugees in Neisseaue. The borough didn't have the means to support them. 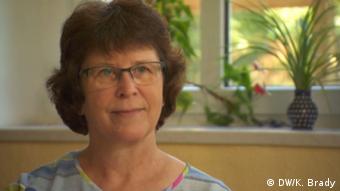 Neisseaue Mayor Evelin Bergmann was shocked by the AfD's success, which she attributed to fears over the fictitious dangers of immigrants

"People are scared here that something will be taken away from them," Bergmann tells DW.

"They read about (Islamist) radicals in the papers, about terror attacks and develop an almost fictitious fear. They go to nearby cities like Görlitz and Dresden and in parts only see migrants on the streets — which, of course, is an exaggeration. And they decide: No, we don't want that here. And the media has played a pivotal role in that," she says.

After days in the headlines being portrayed as "AfD's heartland," many AfD voters are now reluctant to speak to journalists.

"I have nothing more to say," says one woman leaving the butcher's. "We're all presented so negatively in the press: as neo-Nazis and right-wing extremists."

'The AfD has given us a voice'

Outside a grocery store, one woman pulls up in her Jeep. "Life is good," she tells DW, adding that she has full-time employment. She, too, voted for the far-right party.

"The AfD has given us a voice," she says. "A voice to say what we haven't been able to say for years. It's time that we Germans stopped having to apologize for the past. Order needs to be restored. We can't have these people coming here thinking they can pull out a knife out or start violating our women." 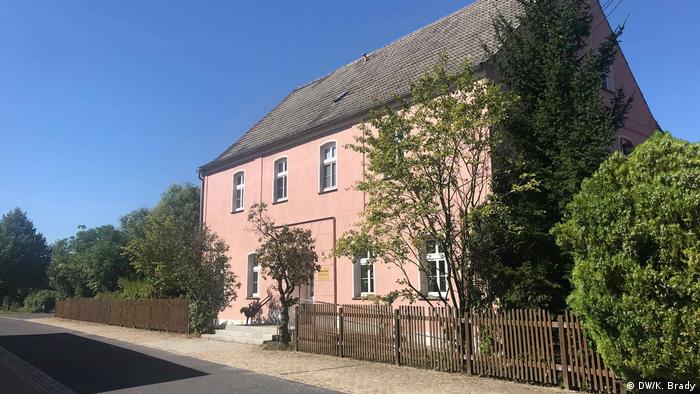 The mayor's office is typical of the picturesque buildings in Neisseaue

Similarly, one man who used to vote for Angela Merkel's conservative CDU says the chancellor's decision during the 2015 migration crisis to keep Germany's borders open was the final straw.

"You can't just let all those people in here without controls. What do they need to stay here for? They should just be grateful that we're giving them somewhere to stay. They should be happy to be alive," he says, adding that by comparison, the German government neglected Germans in the former East.

"They stopped caring about us a long time ago," he says. "We're at the easternmost point of Germany here. There's the Autobahn, and then nothing," he laughs.

'AfD is not the answer'

But many people in Neisseaue didn't cast their ballots for the far-right AfD. And many of these have been left wondering if they live in the same place.

"One of my biggest concerns is that the AfD voters here are just normal people," says one woman on her bike. Like you or I. They're not neo-Nazis. But I don't think many of them have so much as picked up the party manifesto," she says.

Acknowledging Neisseaue's problems, she says some people have been broken into two or three times within just a few years. "Border crime really needs to be dealt with. But generally, life is good here. And the AfD is far from the answer to our problems."

Xenophobia is on the rise in Germany, in particular in its eastern states, according to a new study. What's more, an increased affinity for authoritarianism in the country could pose a threat to democracy. (07.11.2018)

The success of the AfD was a "double slap in the face" to Angela Merkel, but not the "earthquake everyone feared." DW rounds up the international reactions to the state elections in Saxony and Brandenburg. (02.09.2019)