Germans increasingly prejudiced against foreigners, Muslims | Germany | News and in-depth reporting from Berlin and beyond | DW | 07.11.2018

Xenophobia is on the rise in Germany, in particular in its eastern states, according to a new study. What's more, an increased affinity for authoritarianism in the country could pose a threat to democracy. More than one out of three Germans believes foreigners only come to the country to exploit the welfare state, a study on authoritarian attitudes in Germany says. Almost one out of two people in eastern Germany believes this to be true, and almost as many people are convinced Germany is already "dangerously watered down" by foreigners — 35.6 percent of those interviewed overall held that conviction (44.6 percent among eastern Germans).

Read more: Germany tolerant of LGBT neighbors, but not Muslim ones

"More than 30 percent of the people living in eastern Germany unanimously agree with xenophobic views," said Oliver Decker, the head of the study at the Leipzig-based Competence Center for Right-Wing Extremism and Democracy Research. That is a really high percentage, he told DW. Roughly 22 percent of western Germans agreed with those views. Since 2002, the institute has published a biennial study on authoritarian and right-wing extremist views in Germany.

Hatred for Muslims, Sinti and Roma

The latest study found that prejudice against migrants has increased in general, in particular against Muslims, Sinti and Roma. The latter groups face significant aggression, Decker said. Almost 60 percent of the people who participated in the study agreed with the assumption that Sinti and Roma are prone to crime — almost 5 percent more than in the 2014 study. 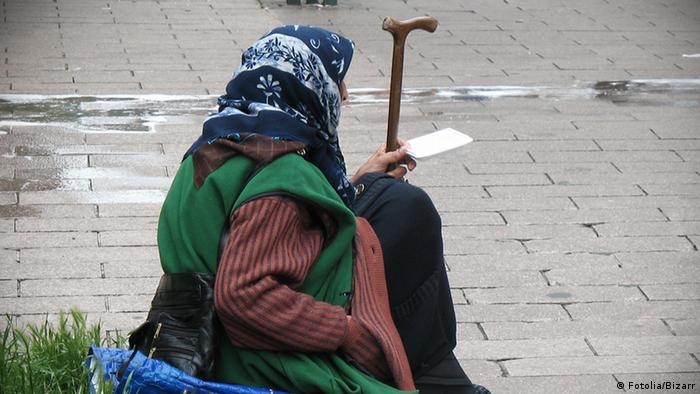 Many people hold prejudiced views against Germany's Roma and Sinti community in particular, the study found

Misgivings about Muslims have also increased. According to the study, more than 44 percent of those surveyed believe Muslims should be banned from immigrating to Germany, compared to 36.5 percent four years ago. More than one out of two (55.8 percent) said that the number of Muslims in Germany made them feel like strangers in their own country sometimes, compared to 43 percent in 2014.

Read more: East Germany — it's not just the economy, stupid!

Such figures from the study were almost always higher in eastern Germany than in the West.

Anti-Semitism, too, has increasingly made headlines throughout Germany in the wake of several high-profile incidents in Berlin and elsewhere. One out of 10 people questioned felt Jews still have "too much of an influence even today" and almost as many said there is something special and peculiar about Jews and thus they "do not really fit in with us," according to the study. Its authors suspect that even more Germans harbor anti-Semitic feelings but won't admit to them in public because doing so is not socially accepted. 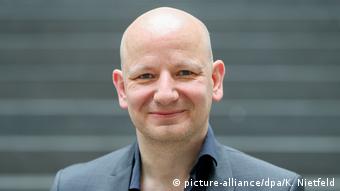 Many Germans feel left behind economically and target their frustration at foreigners as a result, says Decker

But hating foreigners, Muslims, Sinti and Roma has nothing to do directly with these groups, Decker argued. Not all Germans have equally benefited from the country's overall positive economic development over the past few decades, resulting in anger and aggression among those feeling left behind. Xenophobia has proven to be the perfect outlet to direct their frustration, he said.

This kind of changing sentiment poses a threat to democracy in Germany, according to Decker, who added that while more than 90 percent of the people surveyed believe the idea of democracy is a good thing, they interpret that term differently.

"Most people believe democracy can also be something akin to a dictatorship by the majority," he said. They believe the protective rights of individual people or groups can be abolished if it is necessary for the good of the whole, Decker explained. Should this kind of thinking ever gain a majority in government, he added, democracy itself could be threatened by democratically elected lawmakers.

Almost 8 percent of the participants in the study said a dictatorship might be the better form of government under certain circumstances, while 11 percent said they wanted a leader who "governs the country with a firm hand for the good of all." 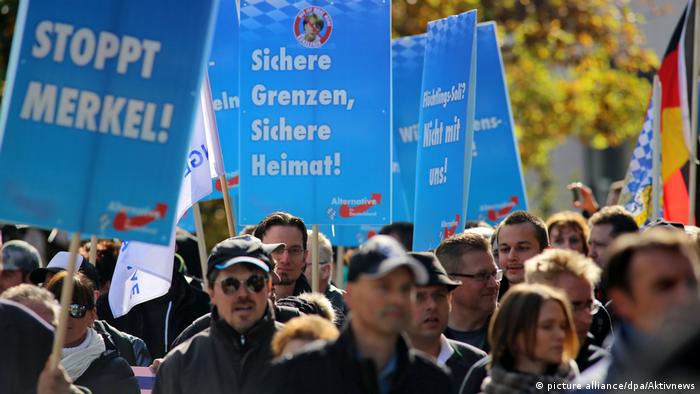 According to the study, supporters of the AfD are more likely to harbor xenophobic and anti-democratic views

Voters of the far-right Alternative for Germany (AfD) party in particular harbor xenophobic (55 percent) and anti-democratic (13.2 percent) views, according to the study, which found that the AfD offers people "with a right-wing extremist view of the world" a political platform. At roughly 20 percent, xenophobia among the voters of Germany's establishment parties — the conservative Christian Democratic Union, its Bavarian Christian Social Union sister party, the center-left Social Democrats and the business-friendly Free Democrats — is quite high, too.

That said, the study also shows positive developments. "We can say that 30 percent of the population has a decidedly democratic attitude," Decker said. That may not sound like a lot, he added, but Decker believes these people are willing to take a stand for democracy while they also accept different positions.

A good part of the German people may be ambivalent about democracy, but that doesn't automatically make them authoritarian, Decker noted. "Unfortunately, 40 percent of the people are in favor of more authoritarian social structures," he said. "And that is why we are currently seeing such a clear polarization within the society".