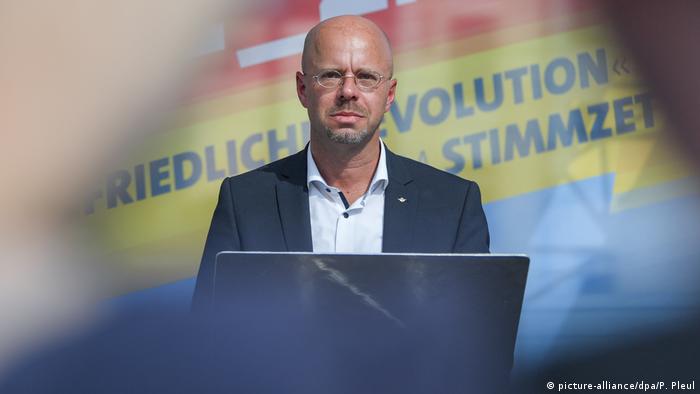 Leading far-right figure Andreas Kalbitz on Friday admitted to participating in a 2007 commemorative rally organized in Greece by the ultranationalist Golden Dawn party.

News magazine Der Spiegel published a leaked report by the German embassy in Athens naming him as one of "14 neo-Nazis" who arrived from Germany for the far-right rally.

Kalbitz released a statement saying he took part out of "curiosity." However, he denied being part of a delegation including members of Germany's neo-Nazi NPD party.

The group reportedly unfurled a swastika flag over a balcony, which led to Greek anarchists firebombing the hotel. Kalbitz said any suggestion he was involved in the incident were "simply a lie."

Kalbitz leads the Alternative for Germany (AfD) party in the state of Brandenburg, where voters go to the polls on Sunday. The populists could emerge as the strongest political party in the state that surrounds the German capital, Berlin.

Recent surveys suggest they are also challenging for first place in state elections in Saxony and Thuringia. 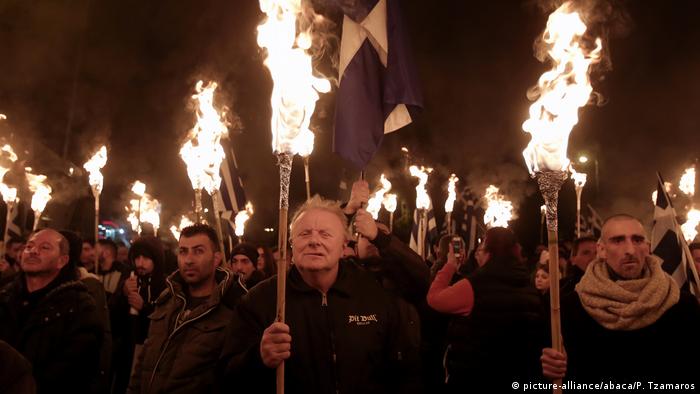 Golden Dawn supporters make up the bulk of the rally's participants

The AfD has come under increased pressure to disavow apparent neo-Nazi figures among its ranks.

Kalbitz is seen as one of the more extreme figures in the party, along with Björn Höcke, the AfD's leader in the eastern state of Thuringia. A positive election result could see his influence on the party grow.

"Whoever surrounds themselves with neo-Nazis and marches with right-wing radicals abroad, tramples all over our democratic values," German Finance Minister Olaf Scholz of the center-left Social Democrats said on Twitter. "The evidence against the AfD leader in Brandenburg weighs heavy."

Brandenburg State Premier Dietmar Woidke said he hopes that the electoral winner will not be "a party that stands for exclusion, hatred and agitation."

Read more: Does the anti-immigrant Alternative for Germany (AfD) party have any alternatives for the country?