Germany is prepared to compromise its arms export guidelines to facilitate joint defense projects with France, according to an internal government document. France wants to continue selling weapons to Saudi Arabia. 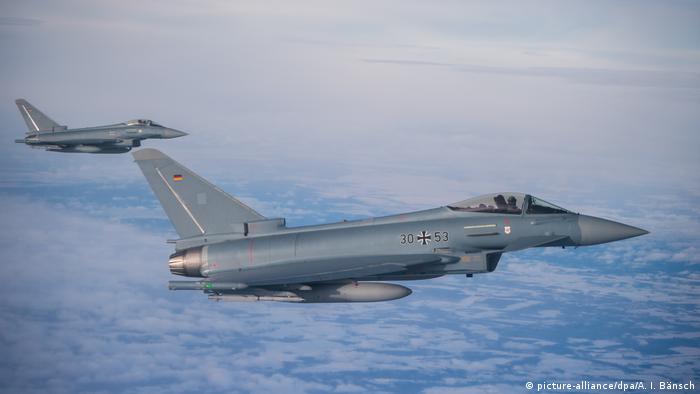 Germany is working to loosen its arms export control rules to make it easier to continue with joint weapons projects with France, according to an internal strategy paper obtained by Der Spiegel magazine.

The four-point paper, entitled "German-French industry cooperation in the defense area — common understanding and principles about sales," said that "both states will develop a common approach to arms exports with joint projects." It also said: "The parties will not obstruct a transfer or an export to third countries."

Der Spiegel described the paper as a "secret" adjunct to the Aachen friendship treaty, signed in January, which pledged cooperation on a host of future projects.

The apparently innocuous pledge contained a potential political collision, since France is one of the main suppliers of arms to Saudi Arabia, while Germany has officially stopped all exports to Riyadh in reaction to the murder of journalist Jamal Khashoggi.

The French company Naval Group and Saudi Arabia's state-owned arms company SAMI, which is headed by a German, also signed a joint statement of intent on Sunday, agreeing to build frigates and submarines together. 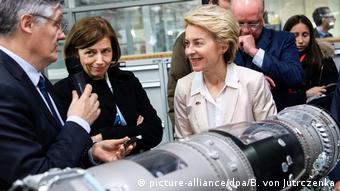 Chancellor Angela Merkel indicated that Germany ought to compromise on the issue during her speech at the Munich Security Conference on Saturday, when she said that a common European defense policy would necessarily mean a common arms export policy.

In the ensuing Q&A, a French politician's question drew a suggestion from Merkel that she finds Germany's arms export controls a hindrance.

"We have because of our history very good reasons to have very strict arms export guidelines, but we have just as good reasons in our defense community to stand together in a joint defense policy," she said. "And if we want … to develop joint fighter planes, joint tanks, then there's no other way but to move step-by-step towards common export controls guidelines."

That statement would have delighted Tom Enders,  head of manufacturer Airbus, who condemned Germany's ban on arms exports to Saudi Arabia on Sunday as "a kind of moral high ground attitude."

But Merkel's remarks could lead to conflict with her coalition partners, the center-left Social Democratic Party (SPD), who oppose exports into conflict zones. "We made a coalition contract on this issue," SPD Bundestag member Florian Post, who had not seen the internal paper, told DW. "And of course we want that to be maintained, and that obviously does not include making proactive deals that contradict the coalition contract."

At a regular government press conference on Monday, Merkel's spokesman Steffen Seibert rejected Der Spiegel's characterization of the internal paper as a "secret deal," though he admitted that common defense projects with France would "require compromises from us too."

Instead, he said, the document represented no more than "an initial political agreement" about common procedures on arms exports. He said that further details would be hashed out in upcoming talks, "with the aim of turning it into a formal agreement."

The Green party's defense policy spokeswoman, Agnieszka Brugger, warned that closer cooperation with France should not be carried out "at the expense of security and human rights."

"It is not in the security interests of either state to deliver weapons to brutal parties at war and human rights abusers," she told DW. She also pointed out that the European Union already had a joint arms export policy that "includes clever criteria." "Germany and France should return to this European agreement, which protects human rights and security," she said.

Saudi Arabia and the United Arab Emirates are leading a military coalition in the four-year conflict in Yemen, which the United Nations says is causing the worst humanitarian catastrophe since the Second World War.

Tobias Pflüger, arms policy spokesman for the socialist Left party, which opposes all arms exports, described the agreement as "scandalous," because it means that "all the agreements that already exist would be circumvented." "Even the minimal agreements made to limit exports to Saudi Arabia — we even don't know how long they will last, by the way — even they would be obsolete," he said.

As Pflüger pointed out, joint military projects cannot be planned without making plans for the sale of weapons in the future — indeed, many would probably never be financed unless their sales can be safely predicted.

The Franco-German Treaty on Cooperation and Integration was signed 56 years after Chancellor Konrad Adenauer and President Charles de Gaulle signed the Elysee Treaty in Paris. It sets out an alliance in broad terms. (22.01.2019)