A preliminary agreement on moving fighters out of the port city of Hodeidah is to be discussed by rival Houthi and Yemen government leaders. The block on humanitarian aid remains a huge problem. 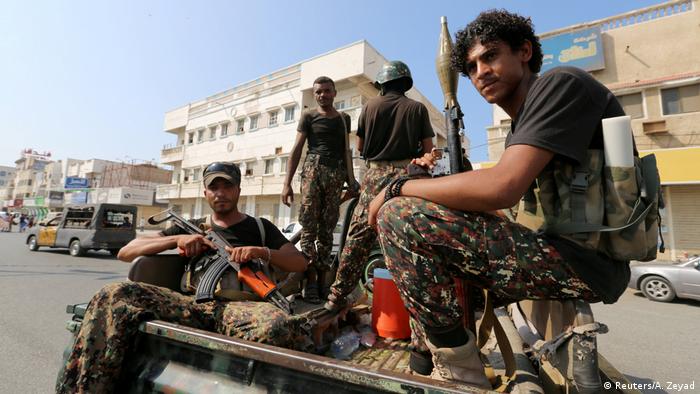 Houthi rebels and the Yemen government agreed on Thursday to a preliminary deal to move fighters out of the port city of Hodeidah.

The four days of talks were held on board the neutral venue of a UN-chartered boat anchored in the Red Sea, because of the distrust between the two sides.

The outgoing head of the UN mission in Yemen, Patrick Cammaert, a retired Dutch general, chaired the meetings between military leaders from Yemen's Saudi-backed government and Houthi Shiite rebels, as part of the process to end the conflict that began in 2014.

Without giving details, Cammaert said the head of the UN monitoring mission "tabled a proposal that proved acceptable, in principle ... pending further consultations by the parties with their respective leaders."

Further discussions are expected "within the next week, with the aim of finalizing details for redeployments."

The four days of talks came out of December's meeting between the warring parties in Sweden, which outlined a ceasefire and the redeployment of forces out of Hodeidah city and port, with a new security force taking their place to ensure movement of humanitarian supplies. 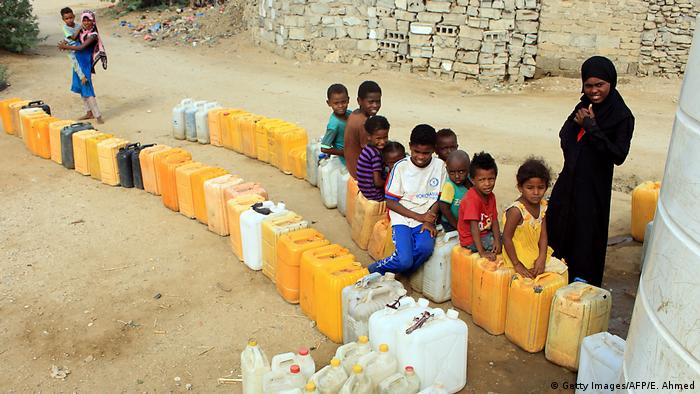 Displaced children waiting for water in a camp in Hajjah province

Lowcock said the Red Sea Mills in a government-controlled area of Hodeida had enough grain to feed 3.7 million people for a month. But since September, the UN has been unable to access the supplies. In December, two silos were hit by mortar shells and the resulting fire destroyed "probably enough to feed hundreds of thousands of people for a month."

There is ongoing distrust between the warring sides and their allies. The Saudis and the United Arab Emirates, who back the Yemeni government forces, doubt that the Houthis, supported by Iran, will abide by the Stockholm agreement or leave Hodeidah, where they can raise taxes and control food and commercial supplies.

Foreign Minister Heiko Maas has hosted further talks aimed at ending the civil war in Yemen and building on the breakthrough achieved in Stockholm in December. No representatives from the country were at the table. (16.01.2019)

Children were not adequately protected from conflicts in 2018, according to UNICEF. The children's fund said thousands of boys and girls were directly victims of war violence this year. (28.12.2018)

Ethiopia: Army says it is in control of Tigray capital 49m ago