Foreign Minister Heiko Maas has hosted further talks aimed at ending the civil war in Yemen and building on the breakthrough achieved in Stockholm in December. No representatives from the country were at the table. 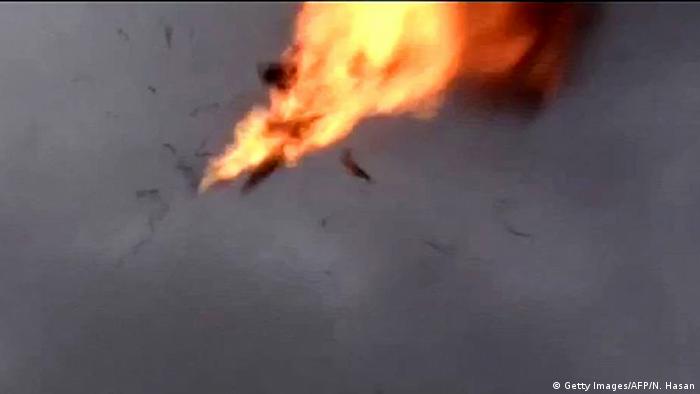 Representatives of 17 governments and international organizations gathered at the Foreign Ministry in Berlin on Wednesday in the latest round of talks to end the civil war in Yemen.

The High-Level Strategic Dialogue on the Peace Process and Prospects for Stabilization in Yemen was intended to build on the breakthrough achieved in Stockholm in December, when an agreement for a ceasefire around the key port city of Hodeida was reached. The discussions in Sweden marked the first time that the belligerents in Yemen had come together at all since 2016.

"For the first time in a long time, we've seen good news from Yemen," German Foreign Minister Heiko Maas told the roundtable of diplomats in his welcoming remarks. "We've taken an important step towards a peace process that we would like to see in other crises and conflicts we are confronted with at the moment."

Maas also thanked and congratulated Martin Griffiths, the UN's special envoy for Yemen, who was seated next to him, for his efforts during the negotiations in December, following what the foreign minister called "a long preparatory phase in very difficult conditions." He also pledged Germany's support for Griffiths in his efforts.

But, speaking to reporters just before the meeting began, neither Maas, Griffiths nor Lise Grande, the UN's humanitarian coordinator in Yemen, answered questions about why no representatives from the country were at the table. 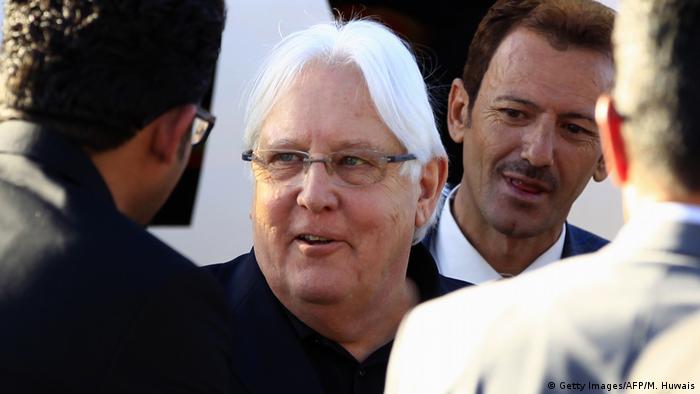 Griffiths remains optimistic about the ceasefire

Speaking to DW ahead of Wednesday's talks, Griffiths admitted that mediators "got lucky" in Stockholm, and conceded that the implementation of the Hodeida ceasefire was slow.

Not all armed groups have completely withdrawn from the city, and on Monday Yemeni Foreign Minister Khaled al-Yamani told the Reuters news agency that Houthi militants remain active in areas that they had agreed to leave. Despite this, Griffiths said the ceasefire was "holding pretty well," despite a "fairly light level of monitoring by the United Nations."

"For me it's not a worry," Griffiths said. "The United Nations now has monitors on the ground in Hodeida. ... There have been a number of meetings with the committee that was set up to look at redeployments. You have to have operational plans about where people move to at what date – it's quite complicated, especially in military terms."

Given the fragility of the situation in Yemen, Griffiths acknowledged that the peace could shatter, but "so far, fingers crossed, I think we're holding on there."

Griffiths said he was encouraged by the fact that the leaders of the main warring parties — President Abed Rabbo Mansour Hadi, the head of Yemen's Saudi-backed government, and Abdul-Malik al-Houthi, one of the leaders of the Iran-backed rebel movement — both supported the agreement reached in Stockholm in December. He confirmed he had spoken to both men in the past week.

Griffiths reiterated his faith in the Redeployment Coordination Committee, chaired by the retired Dutch general Patrick Cammaert, which is overseeing the implementation of the Hodeida ceasefire. "We're going to make this work," Griffiths said. "There's no plan B. What we agreed in Sweden was that this committee would have responsibility for the technical issues about redeployment — monitoring, demining — huge tasks, by the way, the first time there's ever been any withdrawals in the Yemen conflict. What we're trying to do is end the war: We still need to create peace."

Grande, the UN's humanitarian coordinator, told reporters that the situation in Yemen remains catastrophic. "There are more than 10 million people who have woken up this morning: They have absolutely no idea how they will get their next meal or if they will even have one," she said. "As we speak there are 240,000 Yemeni civilians who are dying. They are in catastrophic conditions, and that's what makes these discussions so important. We need that peace deal to work."

On Tuesday, the United Nations reported that the ceasefire had facilitated the delivery of food to two areas in Yemen for the first time in six months.

Maas said Germany would contribute €4.5 million ($5.1 million) to a fund set up to support the peace process. A donor conference is planned for Geneva in February.

Amid a fragile ceasefire, Houthi rebels have launched a deadly attack on a government-controlled air base, the largest of its kind in Yemen. Houthi media said the rebels had targeted "invaders" in the attack. (10.01.2019)