Amid a fragile ceasefire, Houthi rebels have launched a deadly attack on a government-controlled air base, the largest of its kind in Yemen. Houthi media said the rebels had targeted "invaders" in the attack. 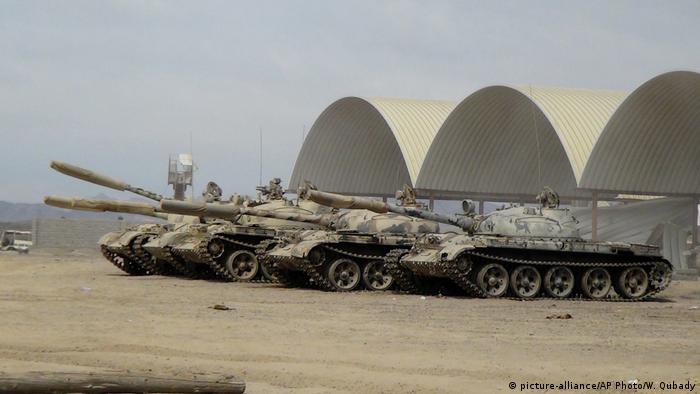 Houthi rebels on Thursday launched a drone strike on a military parade at a government-controlled air base, killing and wounding "officers and senior leaders," Yemeni officials said.

The attack comes as a fragile ceasefire aimed at providing a foundation for peace talks flounders.

What we so know far:

The al-Anad Air Base is the largest of its kind in Yemen. Until the Houthis launched a military campaign culminating in the capture of large swathes of land in 2014, the base was used by the US for intelligence and counterterrorism operations.

Washington withdrew its troops and military hardware from the base in March 2015, days before Houthi rebels would take over the facility.

However, Saudi-led forces gained control of the air base by August 2015 as part of Riyadh's military campaign backing the internationally recognized government of Yemeni President Abed Rabbo Mansour Hadi. Since then, it has become a central hub for coalition operations.

More than 10,000 people have been killed in the conflict, which has triggered one of the worst humanitarian disasters in the world.

Martin Griffiths flew to Sanaa ahead of talks with Houthi rebels and representatives of the Yemeni government. The UN envoy is hoping to resolve the warring sides' disagreements over the recently negotiated ceasefire. (06.01.2019)

The ICRC will have 10 days to arrange transfers of the prisoners under the deal signed by Houthi rebels and Yemeni government. The exchange is likely to include detainees held outside the country. (19.12.2018)