Houthi fighters have infiltrated another area near the capital city, according to officials. The Shiite rebel group has staged mass demonstrations for months, demanding the resignation of the government. 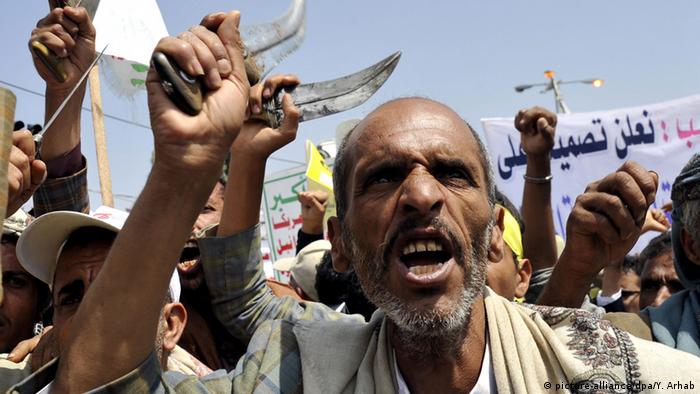 Houthi fighters have reached a suburb of Yemen's capital Sanaa, according to security officials. The armed Shiite rebels are fighting Sunni militias and holding Iman University, a Sunni-run institution.

Authorities say over 40 people have been killed in fighting over the past two days.

Mass demonstrations led by the Houthi minority have been going on in or around the capital for over four weeks, with the armed rebels and their supporters demanding the resignation of the government, which it accuses of widespread corruption. Earlier this month, police forces used water canon and tear gas to dispel a crowd of sit-in protesters blocking the capital's airport.

Political and economic instability have gripped Yemen since early 2012, when its long-time leader Ali Abdullah Saleh was forced from power. The government has struggled since then against an al Qaeda insurgency and a secessionist movement in the country's south.

In recent months, a Zaidi Shiite rebel group led by Abdel-Malek el-Houti has expanded its influence in the north of Yemen, where they form the majority.

Their calls for a departure from the current unity government escalated in August with protests in Sanaa. What began as protest camps near key ministry buildings and the Sanaa international airport turned into mass demonstrations.

The Yemini government has accused Iran of backing the group.

Yemeni President Hadi has dismissed the government amid mass protests. Shiite rebels have mobilized tens of thousands of people in recent days in a bid for new political leadership and a reversal of austerity measures. (02.09.2014)

Yemen on high alert as rebels push to overthrow government

Tens of thousands of Shiite rebel supporters are in the capital Sanaa in a bid to topple the government. Thousands of armed rebels strengthened their position on Wednesday as they pressed on with their campaign. (21.08.2014)