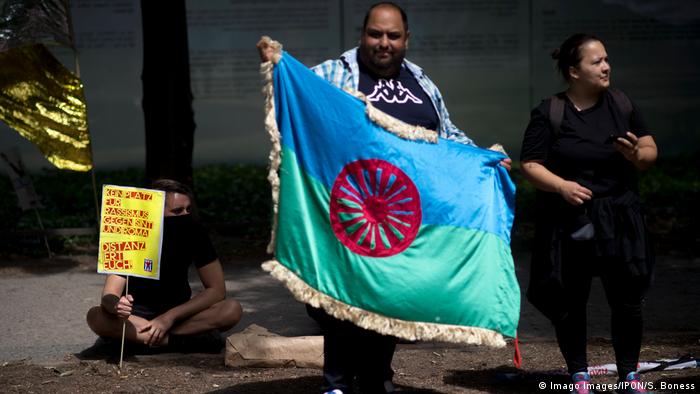 Improving the lives of  Europe's Sinti and Roma people will be one of Germany's "central topics" during its European Union presidency, Germany's Europe Minister Michael Roth said in an interview with French news agency AFP.

Nearly 10 years ago, the European Union Commission presented an initial strategy to better integrate the approximately 6 million Sinti and Roma living in the EU.

"Unfortunately, the situation of the Sinti and Roma has hardly improved," Roth said, adding: "There is still a lack of access to education, housing, health care, well-paid work and social participation."

Roth warned Sinti and Roma "continue to suffer from exclusion, discrimination and oppression" throughout the bloc, adding that the German Presidency of the Council of the EU in fall would present a new strategy for improving integration with the minority group alongside the Commission.

The Roma are continental Europe's largest ethnic minority, with a population estimated to be between 10-12 million.

According to the minister, the EU's credibility is "measured, above all, by how it treats minorities," and that for this reason, the topic "remains a litmus test of our rights and community of values."

'Germany must set a good example'

For historical reasons alone, said Roth, Germany has a duty to stand up for the fate of the Sinti and Roma. "Germany bears a special responsibility that is based on our own tragic history," he said. "Around 500,000 Sinti and Roma have fallen victim to Nazi terror."

It is for this reason that Roth said the EU is in need of a better culture of remembrance.

"The systematic extermination of the Roma and their importance as Europe's largest ethnic minority must be given much more attention in our schools." Roth said, adding: "Germany must set a good example in the EU."

The minister demanded more visibility for Sinti and Roma in society.

"What we lack so far are visible Roma role models in the media, science, economy, culture and above all in politics," Roth said. This would be "important in order to achieve an even stronger Roma self-awareness."