Representatives of the Roma and Sinti communities, along with Jewish and Christian leaders, met at Auschwitz to honor the victims of the anti-Roma genocide. The Nazi regime killed some 500,000 Roma and Sinti. 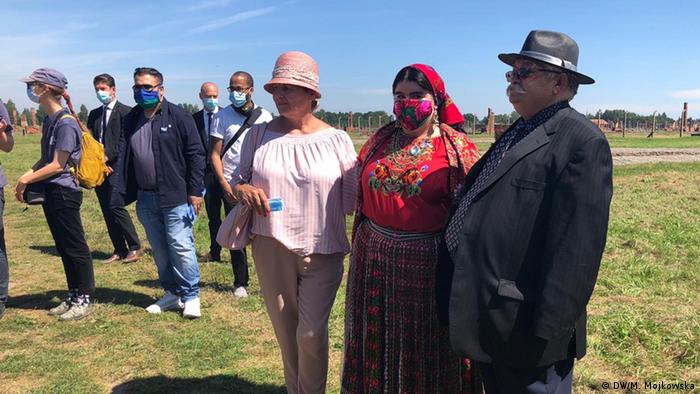 For the first time ever, members of the Roma and Sinti community on Sunday marked the European Roma Holocaust Memorial Day in Auschwitz alongside Jewish representatives and German Christian leaders.

The event was also streamed online due to the coronavirus pandemic.

"Today we remember all of the victims," said Romani Rose, the head of Central Council of German Sinti and Roma.

Sinti are a Romani group living in Germany and across central Europe. Under Adolf Hitler, Nazi Germany launched an extermination campaign against Romani peoples, killing an estimated 500,000 of them.

Around 20,000 were killed in Auschwitz alone, including thousands gassed in a single night on August 2, 1944. This date was selected as a day of remembrance for Romani victims by the European Parliament in 2015.

Speaking to officials and survivors on Sunday, Rose warned that hatred of minorities was on the rise once again. The few remaining survivors still have a duty to preserve the memory of the crimes and of the victims, he said.

His thoughts were echoed by the head of the Central Council of Jews in Germany, Josef Schuster.

"It seems that these commemorations grow ever more important," he told the EPD news agency.

"More and more, people are forgetting that something happened," he added. "That is why it's important to point out what people can do to other people."

Read more: Sinti and Roma fear for their Holocaust memorial in Berlin 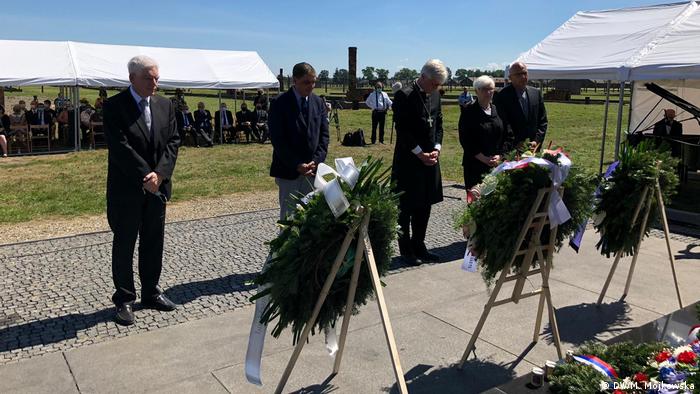 Attendees called for further research into the Roma Holocaust, and said action was needed to combat ongoing discrimination against those communities

The head of the German Protestant Church, Heinrich Bedford-Strohm, said it was a "powerful signal" that members of various communities have gathered in Auschwitz.

While the anti-Roma sentiment culminated with Holocaust, members of the Roma and Sinti communities have faced discrimination long before Hitler's reign.

During the German Empire and the later Weimar Republic, authorities passed numerous laws targeting the Roma and maintained a special police service "in relation to the gypsies." Weimar authorities also asked for all members of the Romani community to be registered.

Although Nazis focused most of their energy on targeting Jews, the regime also reinforced the anti-Roma police force in 1938, dubbing it the "Central Office of the Reich to Combat the Gypsy Plague."

In 1942, Nazi leader Heinrich Himmler ordered that "all gypsy mixed-bloods, Roma Gypsies and non-German-blooded members of gypsy clans with Balkan origins" should be brought to the Auschwitz concentration camp.

The Holocaust against Roma received very little attention in the decades after the war, with the German government only recognizing it in 1982. Roma communities still face discrimination across Europe to this day.

Hans Calmeyer's hometown is grappling with how to memorialize a former Nazi functionary with an "ambivalent" wartime past. To some, he saved more Jews than Oskar Schindler; to others, he signed death warrants.