US Ambassador Richard Grenell is acting like "a high commissioner of an occupying power," the deputy leader of the Free Democrats (FDP) has said. Grenell has also drawn rebuffs from Germany's two governing parties. 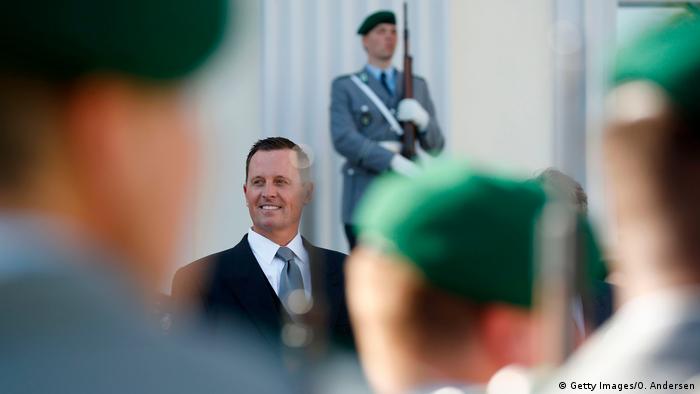 "Any US diplomat who acts like a high commissioner of an occupying power must learn that our tolerance also knows its limits," said Kubicki, who is also one of five deputy speakers of Germany's Bundestag parliament. 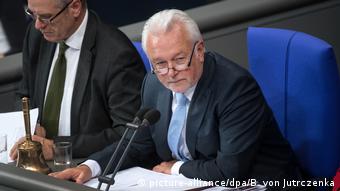 Kubicki in his role as parliamentary deputy chairperson

Grenell had on Tuesday criticized Germany's military spending plans within NATO as insufficient, prompting Kubicki to accuse the envoy of "interfering" repeatedly in political issues of a sovereign country.

Read more: Who is Richard Grenell, the US ambassador to Berlin?

Grenell's criticism of Germany's defense spending came weeks after he demanded that Berlin halt Nord Stream 2, a gas pipeline being laid across the Baltic Sea to deliver gas from Russia to Germany, and threatened firms involved in the project with sanctions.

Carsten Schneider, caucus manager of the Social Democrats (SPD) within the parliament, told the German news agency DPA on Tuesday that "Mr Grenell is a complete diplomatic failure."

Grenell's behavior, said Schneider, reminded him of "a flail," a farmyard term for somebody who thrashes around wildly, adding that "Mr Grenell damages trans-Atlantic relations with his repeated clumsy provocations." 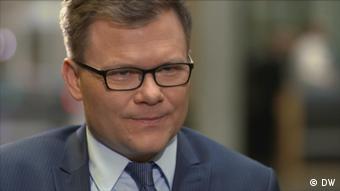 President Donald Trump's ambassador apparently did not want to recognize that Germany was making a big contribution to the alliance's international missions such as Afghanistan, said Schneider.

"If one keeps an overall view, many comments made are more coherent than those of the American ambassador, if he thinks he has to comment on something every week," said Grosse-Brömer.

Germany was the second-largest provider of troops in Afghanistan and was also active in Mali [within a UN mission], he added. 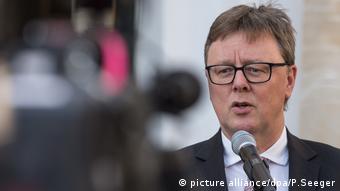 "Germany meets many obligations in terms of foreign assignments and international responsibility and is very committed," said Grosse-Brömer.

Grenell was the communications interface with President Donald Trump and in the present circumstances "this was needed more than ever before," Nouripour told the Neue Osnabrücker Zeitung newspaper.