Who is Richard Grenell, the US ambassador to Berlin? | Americas | North and South American news impacting on Europe | DW | 04.06.2018

Who is Richard Grenell, the US ambassador to Berlin?

US President Donald Trump nominated former UN spokesman Richard Grenell as his country's ambassador to Germany. DW looks at what the choice could mean for Berlin-Washington relations. 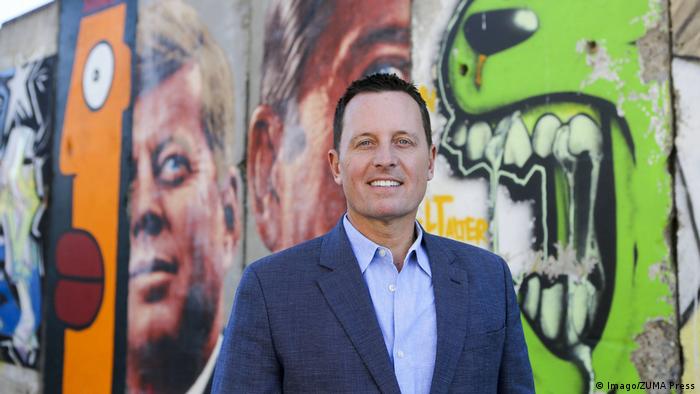 The United States Embassy in Berlin stands in a prime location just next to the Brandenburg Gate, reflecting the country's role as one of the four powers considered to have liberated Germany at the end of World War II.

Grenell's nomination came at a tricky time: Trump is looking to show signs of action on any political front as his domestic policies stall, and the relationship between German Chancellor Angela Merkel and Trump is decidedly cool.

A 'foothold' in diplomacy

Under the Bush administration, Grenell was the Director of Communications and Public Diplomacy on the diplomatic team of four different US Ambassadors to the United Nations (UN) at a time when the US pursued a military-friendly "cowboy diplomacy" foreign policy. Key topics over the course of Grenell's tenure there included US wars in Iraq and Afghanistan, Iranian and North Korean nuclear policy and the alleged involvement of Syria in Lebanese politics. 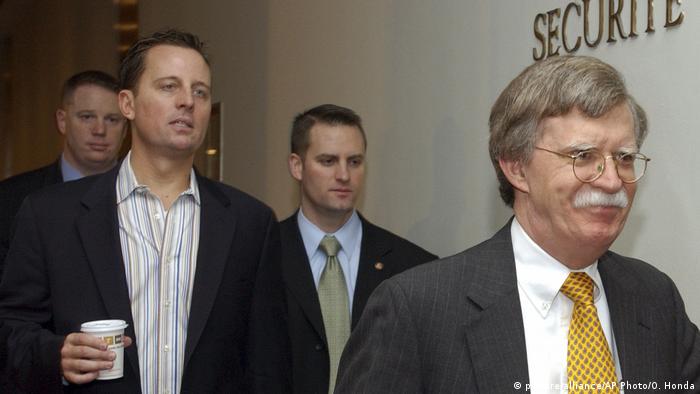 That Trump did not nominate a political donor or business leader and that Grenell "at least has some footing" in the diplomatic community was intitially seen positively throughout Berlin, said Jan Techau, director of the Richard C. Holbrooke Forum for the Study of Diplomacy and Governance at the American Academy. However, Techau pointed out he cannot speak in particular for the German government or diplomatic network.

A master of media

Grenell served as a political advisor and media spokesman for various Republican politicians and campaigns, including John McCain's 2000 bid for the presidency. In 2009, Grenell founded Capital Media Partners, a strategic international communications firm. He continues to be a frequent media commentator.

The communication skillset that Grenell has amassed will aide him immensely, Techau said, though he pointed out that Grenell will need to learn to navigate the unique German media landscape.

Much like his boss, Grenell often takes to Twitter to pour criticism on media outlets and individual journalists, while occasionally adding a splash of praise - sometimes for the same outlet.

However, Grenell's Twitter trajectory has sometimes proven problematic. In 2012, Grenell's free-wheeling Twitter tendencies led to his resignation as the campaign foreign policy spokesman for then-Republican presidential candidate Mitt Romney just weeks after being named the position. However, some media attributed the firing to pressure from socially conservative Republicans who objected to Grenell as the first openly-gay spokesman on a Republican presidential campaign.

When he stepped down from his role in the Romney campaign in 2012, Grenell's resignation message expressed his sadness at not being able to "confront President [Barack] Obama's foreign policy failures and weak leadership on the world stage." One of Obama's foreign policy legacies was a close relationship with Merkel, even in spite of the NSA spying scandal.

The Trump presidency, however, has left Germany with both the feeling that it can no longer rely on the former solidity of the trans-Atlantic relationship and what Techau described as "a new wave of anti-Americanism in German public sentiment and publications."

A major challenge for the US ambassador will be "representing a president here [in Germany] who is so unpopular," Techau said.

Beyond the image challenge, Techau thinks that, "Trade is the big issue that has the most potential to sour the relationship."

President Trump has accused Germany of unfairly running a trade surplus, thereby disadvantaging American industry and exports. The White House is pursuing protectionist or retaliatory measures, such as increasing tariffs on imported goods, America's trade policy has become a key issue in Grenell's meetings with German officials and industry representatives. And it is an issue that Grenell has little expertise in, Techau pointed out.

New US ambassador: 'Thrilled to be in Berlin'

Berlin has a new US ambassador: attorney and banker John B. Emerson is a political appointee with strong personal ties to Germany. Expectations are high on both sides of the Atlantic. (19.08.2013)