Germany will not have a national climate plan in time for a November UN conference, the environment minister has said. Environmental activists have criticized the delay, saying Berlin is not delivering on its promises. 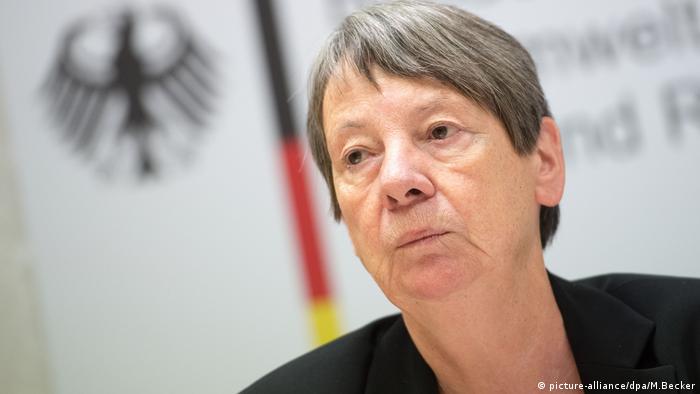 Germany's cabinet has postponed deliberations on a new climate action plan, meaning the country will likely not be bringing one to an international climate conference, Germany's Environment Minister Barbara Hendricks said on Tuesday.

"I don't see a chance anymore," she said at a press conference in Berlin, adding that she would travel without a German agreement to a UN climate conference this month in Marrakesh, Morocco.

The Climate Protection Plan 2050 was supposed to show Germany's contribution to the Paris Agreement goal of limiting global warming to less than 1.5 degrees Celsius. The cabinet was supposed to decide on the new plan on Wednesday but has now postponed discussions.

Hendricks presented a draft plan in April, but many measures and objectives were removed at the request of German Chancellor Angela Merkel and Economy Minister Sigmar Gabriel before it was sent to the other ministries.

The environment minister accused Merkel's Christian Democrats (CDU) and their Bavarian sister party, the Christian Social Democrats (CSU), of a "blockade mentality" over the deal's postponement. Hendricks is a member of the Social Democrats (SPD), which is a junior member in the governing grand coalition.

While Germany is often seen as a bastion of climate protection, measures currently being undertaken in the country to limit climate change will not be enough to meet the country's 2020 goals, Hendricks said.

"It's already clear that we will not achieve as much as we wanted to with the climate protection plan," she said, adding that she plans to fully present the data in mid-December.

Currently, Germany is aiming to reduce its greenhouse gas emissions by 40 percent in 2020 compared to 1990 levels.

Environmental groups harshly criticized the German cabinet's delay in making a decision on the new plan, saying the country is not delivering on its international promises.

Coming to the UN conference without a concrete plan on implementing the Paris Agreement damages Germany's credibility, BUND, Germanwatch, Greenpeace, the World Wildlife Fund, and NABU said in a joint statement on Tuesday.

This year's annual UN climate talks in Marrakesh will run from November 7 to 18.