Germany has confirmed its adherence to the Paris climate agreement. The German government believes that the international treaty will come into effect before the next climate conference in November. 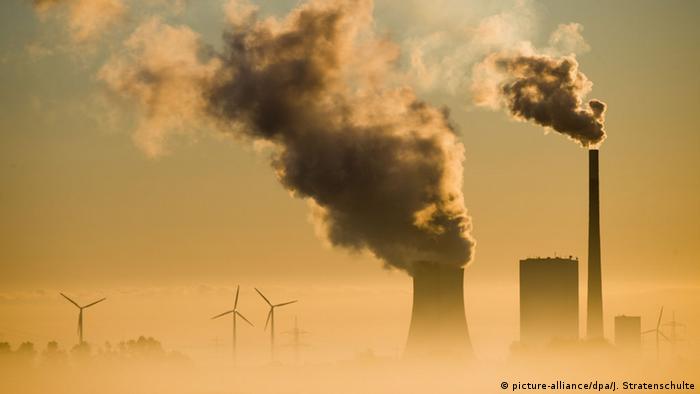 German Environment Minister Barbara Hendricks has defined the German ratification as a great sign of hope and as "a decisive signal to Germany's international partners."

Hendricks has called for further climate protection efforts in Germany, pointing to this a question of credibility for the country, seen internationally as a climate forerunner.

"This treaty is in our interest, also economically," Hendricks told DW. "We also have a responsibility to the Earth, and to future generations," she added.

Hendricks highlighted that the Paris agreement should not be the end, but rather the beginning of a long journey. "The speed with which it has come into effect, shows that change is coming faster than we could have imagined." 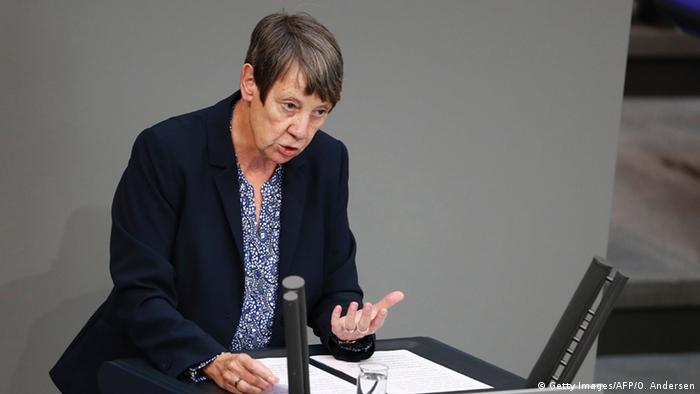 The German Environment Minister, Barbara Hendricks, during the debate in the German Parliament

The environmental spokesperson of Germany's conservative democrats, Anja Weisgerber, called the action a "tremendous success." She welcomed the "ambitious goals" and the internationally binding verification mechanism.

The Left representative, Eva Bulling-Schröder, embraced the agreement as a "climate consensus from all countries in the world." However, she also accused the German government of acting against the agreement through its economic policy.

"The energy transition must continue, the transition in transport and agricultural policies must start," Hofreiter added.

Now that Germany has its own ratification sorted out, the German government should also seek to convince "the remaining hesitators" in Europe of the need for ratification, urged nongovernmental organization the German Federation for the Environment and Nature Conservation (Bund).

Bund also called on the German government to significantly improve its Climate Action Plan 2050. The chancellery has shrunk the plan to insignificance, the group says.

"It makes Germany lack credibility if we say 'yes' to climate protection in the international arena, but then at home we continue running coal power plants and hindering the expansion of renewable energies." 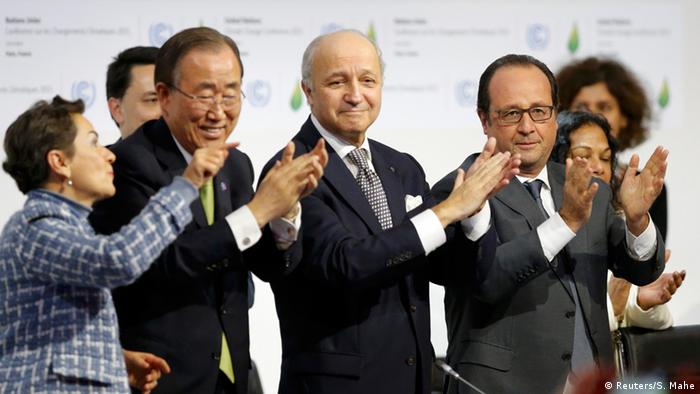 The Paris Agreement is the first climate agreement in which all states define their own contributions in the fight against climate change. Under the deal, global warming should be limited to "well below 2 degrees" Celsius, ideally to less than 1.5 degrees compared to the pre-industrial era.

The law to comply with the climate agreement has now to be signed and published by the German President, Joachim Gauck. Germany's ratification instrument is expected to be turned in to the United Nations in early October.

The German government believes that the agreement will come into force before the next climate conference in Marrakesh, in November 2016. This will require 55 countries - representing at least 55 percent of global greenhouse gas emissions - to ratify the agreement.

The world's two largest emitters, China and the United States, have already announced their ratification, with Brazil following shortly thereafter. On Wednesday this week, 31 additional nations turned in their ratification at a UN event in New York.

The first emission reduction goals are set for 2020.

Brazil has followed the US and China as the third-largest emitting country to ratify the Paris Agreement on climate change. Major emitters Russia, India, Japan and Germany have still to sign up to the accord. (12.09.2016)