The 96-year-old had tried to escape on the initial day of her trial on September 30 and was only arrested hours later. She is accused of complicity in the murder of over 10,000 people. 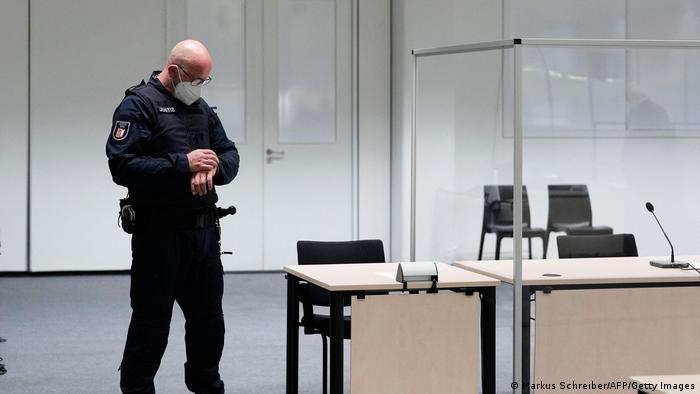 A former secretary at a World War II concentration camp went on trial in Germany Tuesday after having fled before initial proceedings were due to start.

Irmgard F. is the first woman to be tried for Nazi war crimes in decades. She is suspected of being complicit in the murders of over 10,000 people between June 1943 and April 1945. The defendant, who entered the court in a wheelchair, would not answer any questions at this stage, her court-appointed lawyer Wolf Molkentin said.

What are the charges against Irmgard F.?

Prosecutors hold that as a secretary for SS commander Paul Werner Hoppe, she took dictation of the officer's orders at Stutthof concentration camp in Nazi-occupied Poland.

Nazis killed about 65,000 people at the Stutthof camp near Gdansk, including "Jewish prisoners, Polish partisans and Soviet Russian prisoners of war, " said the indictment.

She is charged with composing, sorting or drafting all the letters of the camp commandant, Paul Werner Hoppe, from June 1941 to April 1945, when the camp was liberated by the Red Army. This meant that she had knowledge of all that was going on at the camp, including the killing methods.

The defendant says she knows nothing about the crimes committed at the camp. As she was a teenager at the time her case is being heard at a juvenile court. 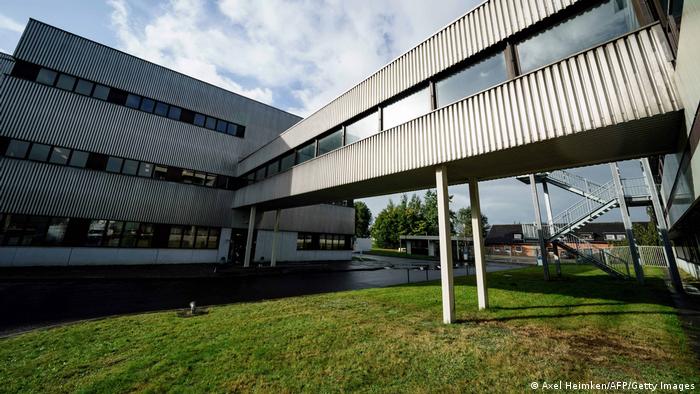 A similar trial for a 100-year-old former Nazi collaborator is also being held at this time.

How did she carry out her escape?

On receiving her summons to the trial, the woman wrote a letter to the Itzehoe regional court saying she did not want to appear in the dock in person.

When her appeal was ignored, the accused took things into her own hands.

On the initial day of her trial on September 30, she left her retirement home in the town of Quickborn and took trains to nearby Hamburg, forcing authorities to issue an arrest warrant for her.

Police only managed to stop her near Hamburg, holding her in jail for five days.

Authorities only released the suspect "under the condition of precautionary measures," said court spokesman Frederike Milhoffer.

Media reports suggested she now has an electronic tag on her ankle to ensure she doesn't abscond again. The trial is scheduled to continue on Oct. 26.