Around 240,000 Holocaust survivors around the world living in poverty and struggling to make ends meet during the pandemic will receive monetary aid from the German government, according to the Claims Conference. 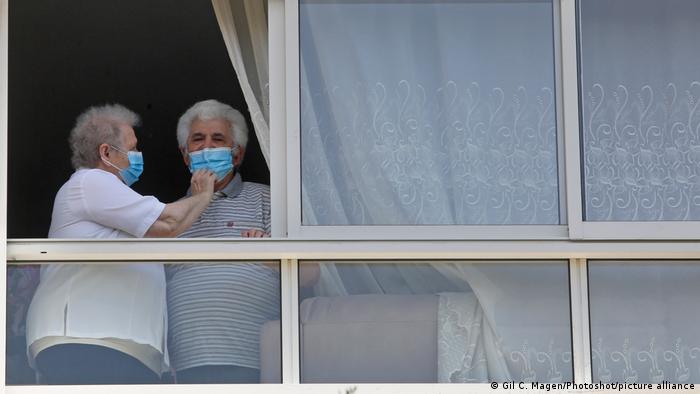 Germany has agreed to pay more than €560 million ($662 million) in aid to Holocaust survivors struggling during the coronavirus pandemic, the Claims Conference, an organization that negotiates compensation for Holocaust victims with the German government, said Wednesday.

The aid is intended for the poorest Holocaust survivors, who will receive two payments of €1,200 ($1,400) over the next two years. The payments will become effective on December 1.

The Claims Conference estimates that approximately 240,000 survivors will be eligible for the payments, with most of the recipients residing in Israel, North America, the former Soviet Union, and Western Europe

"We must meet the challenges of the increasing needs of survivors as they age, coupled with the new and urgent necessities caused by the global pandemic," Gideon Taylor, President of the Claims Conference, said in a press release.

DW has reached out to Germany's Finance Ministry for comment and will update with their response.

Belgium: Music to beat the crisis

More aid where it is needed

Germany had already agreed in a recently concluded round of annual negotiations to increase funding for social services for 2021 by €30.5 million, to a total of €554 million, according to the Claims Conference.

The social service funding provides in-home care, food, medicine and transportation. The new aid agreed to on Wednesday will be a supplemental payment.

"In the face of a devastating global pandemic, it was vital to secure larger increases for survivors while also seeking immediate funds to help them through these extremely challenging times," Claims Conference special negotiator, Stuart E. Eizenstat said.

A "significant population of survivors, especially those in the former Soviet Union," currently live in poverty, the Claims Conference said.

Based in New York, the Claims Conference has negotiated Holocaust compensation with Germany since 1952, and has secured over $70 billion for over 800,000 Holocaust victims.

In addition to the ban, the social network will direct users to authoritative sources if they seek details about the genocide. Facebook announced the new policy as it continues to deal with misinformation on its site.