Yad Vashem honors German pastor for standing up for Jews | Germany | News and in-depth reporting from Berlin and beyond | DW | 14.10.2020 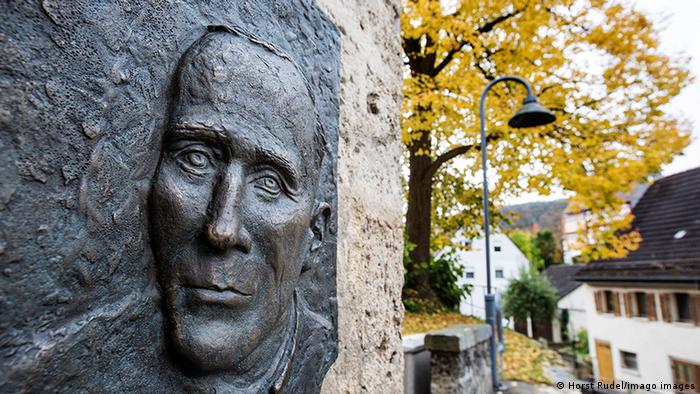 Unlike so many others, Julius von Jan chose not to look away in silence when a wave of pogroms across Germany left hundreds of Jews dead while thousands of synagogues, cemeteries, businesses, and other properties were destroyed, defiled, plundered or torched. Many "ordinary" people took part in the violence that erupted on the evening of November 9, 1938 — and that is often trivialized with the term "Kristallnacht" (The Night of Broken Glass.) In the days that followed, it was impossible to overlook the devastating impact that it had on Jewish life.

World War Two had not yet begun. But the Nazis had already taken over every aspect of life in Germany. Violence was widespread. The first concentration camps were in operation. And the persecution of the Jews was systematic.

Eight days after the pogroms, Julius von Jan — 41 years old, father of two, and a Protestant pastor in the small town of Oberlenningen in Germany's southwest — took to his pulpit and delivered a sermon inspired by the words of the Prophet Jeremiah: "O land, land, land! Listen to what the Lord has said."

Von Jan condemned "the organized Anti-Christianity. The passions are unleashed, God's commandments scorned, temples that were holy have been burned down with impunity, strangers' property robbed or destroyed, men who loyally served our German nation and faithfully did their duty have been thrown into concentration camps just because they were members of another race!"

And — in an outspoken attack on his church leaders, who he clearly believed had failed to support him — he warned against, "the mendacious priests, who were so eager to say 'Sieg' and say 'Heil' ['Sieg Heil' was a Nazi greeting, Eds.] rather than to preach the word of the Lord." But, he added: "God shall not let those who are His be mocked. What a man sows, he shall reap!" One week later, Pastor von Jan delivered another equally outspoken sermon.

Now, 82 years on from those words, the state of Israel is honoring Julius von Jan as "Righteous Among the Nations" — one of the few non-Jews who risked their lives to save Jews from Nazi persecution. So far, some 27,000 men and women have been honored in this way, including just over 600 Germans.

Richard von Jan, the 86-year-old son of Julius, accepted the honor on behalf of the latter. "In the name of my father, I would like to thank the state of Israel for the special honor of being recognized as 'Righteous Among the Nations.' It is truly a high point in all the honors that he has been awarded posthumously."

He was clearly very moved and spoke slowly and nervously. After all, he had braved the coronavirus to travel from Germany's deep south to the capital, Berlin. The Yad Vashem honorary certificate and the medal that goes with it were presented by Israeli Ambassador Jeremy Issacharoff.

Richard von Jan was eager to report that the town of Oberlenningen was quick to create a memorial for his father and that his courage in terrible times had also received recognition in the 1980s on the occasion of the 50th anniversary of his brave opposition to Nazi tyranny. Now, von Jan added, his father's intervention has been recognized internationally.

Ambassador Issacharoff called Pastor von Jan "a shining example of integrity, who as a man of God stood side by side with the Jews in the darkest chapter of their history. (…) He did what every person of humanity should have done. And yet," the diplomat added, "he was just the exception."

Julius von Jan was, indeed, an exception, not just in his sermons and his condemnation of the Nazis, but also within his Protestant Church, which did not stand behind him in his resistance to persecution. The church elders did prevent their pastor from being sent to a concentration camp. But von Jan was removed from his post as a pastor and was no longer allowed to show his face in the Oberlenningen parish. He was beaten up and thrown into prison before later being sent to the Eastern Front as part of a "Strafkompanie" ("Punitive Unit"). When the war was finally over in September 1945, Julius von Jan returned to Oberlenningen, near the city of Stuttgart, where he once again worked for over a decade as a pastor. But the war years had taken their toll. He went into retirement in 1958 and passed away in 1964.

Shortly after the war, in October 1945, Germany's Protestant Church (EKD) gathered in the city of Stuttgart, where it issued a document called the 'Stuttgart Declaration of Guilt'. This declaration of guilt 75 years ago was the beginning of a reappraisal of church history. It read: "We should have stood more courageously by our beliefs, prayed more faithfully, believed more joyously, and loved more ardently." Julius von Jan was among the very few who "stood more courageously" by his beliefs.