World Holocaust Forum at Yad Vashem: ′Hatred, anti-Semitism and racism will never win′ | World| Breaking news and perspectives from around the globe | DW | 21.01.2020 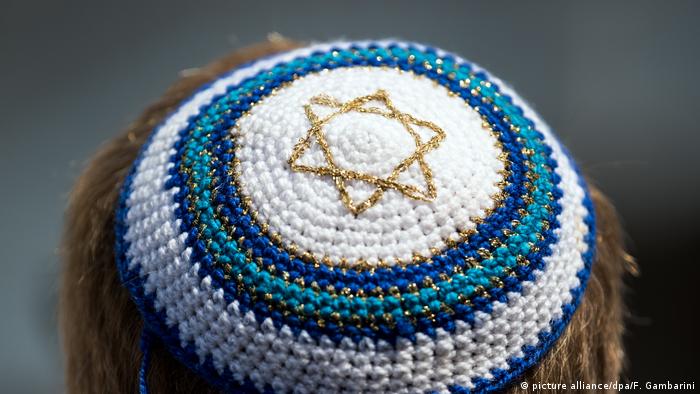 The attacker came from behind. He tore the yarmulke from the head of a 19-year-old man in a gym in Freiburg, southwestern Germany, threw it in the trash and shouted "dirty Jew" and "free Palestine!" It was one of thousands of anti-Semitic hate crimes that occur in Germany each year.

"The victim was a friend of mine, so I was particularly concerned about this case," said Arthur Bondarev, who is an Orthodox Jew. He wears a yarmulke and tzitzit, tassels on a prayer shawl that are meant to remind him of God's commandments.

The 28-year-old studies economics in the southern city of Constance. He's never been the victim of a violent attack himself, but he has been subjected to verbal abuse. "You just know that you need to keep a watchful eye out on the streets," he said. "And you know that there are people who might attack you."

Anti-Semitism across the centuries

Anti-Semitism has its roots in ancient history. The Christian church stoked anti-Jewish sentiments, which in the Middle Ages manifested in pogroms across the European continent. Later, in modern times, it was predominantly racists and nationalists who ostracized Jews, which would ultimately lead to the murder of millions of European Jews during by Nazi Germany during World War II.

Yet even after the horrors of the Holocaust, anti-Semitic stereotypes and anti-Jewish hatred still persists. Today, some people continue to further the myth of a powerful global Jewish cabal that controls world affairs, and Jews are still subjected to verbal and psychical abuse.

"From my religious perspective, I guess it will only ever stop when the Messiah arrives," said Bondarev. But, he added, until then "it is our shared responsibility to stand up to this." He said while we may never rid the world of anti-Semitism entirely, we should still fight against it.

As people like Bondarev continue to fight against anti-Semitism in their own lives, world leaders will come together on Thursday to address the problem on a global scale. Israeli President Reuven Rivlin has invited heads of state and government to the fifth World Holocaust Forum at Jerusalem's Yad Vashem Holocaust Memorial to discuss the issue. 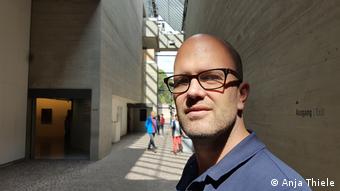 'We need to realize that nobody is born an anti-Semite': Samuel Salzborn

Among the confirmed attendees are Russian President Vladimir Putin and his French counterpart, Emmanuel Macron, US Vice President Mike Pence, German President Frank-Walter Steinmeier, as well as the heir apparent to the British throne, Price Charles.

Polish President Andrzej Duda has pulled out of the event, due to a disagreement with Putin.

The theme of this year's conference is "Remembering the Holocaust, Fighting Anti-Semitism," and the summit will feature speeches, music and also wreath-laying ceremonies.

Samuel Salzborn, a political science professor at the University of Giessen, is convinced summits like these can make a difference. "We're are at a point where we can cautiously see a growing awareness among politicians that anti-Semitism really does represent a problem," said Salzborn, who has authored several books on anti-Semitism. "The question will be whether all these proclamations and declarations of intent actually lead to political action."

Salzborn thinks that above all, the political leaders gathering in Jerusalem should focus on education. "We need to realize that nobody is born an anti-Semite," he said. "This worldview is instilled in individuals through their environment and upbringing." This is why, he told DW, educating children and teenagers can help counter anti-Semitic sentiments. At the moment, however, Salzborn believes "schools are doing too little in this respect, and textbooks are lacking, too."

Salzborn warns that once a person has adopted an anti-Semitic worldview, he or she will be practically immune to any rational arguments and facts to the contrary. Politicians must do more to counter hate crime, he said, stressing that the laws surrounding anti-Semitism could "also be improved."

Anti-Semitic attacks across the world

A number of countries are currently devising laws that will make it easier to prosecute individuals who have carried out hate crimes. Germany's Bundesrat, the upper chamber of parliament representing the country's 16 federal states, proposed such legislation following last October's anti-Semitic terror attack on a synagogue in Halle, eastern Germany, in which two bystanders were killed. Police records show that anti-Semitic crimes have risen more than 40% in Germany since 2013 — although the number of unreported indictments may be higher.

"Violent anti-Semitism is particularly pronounced in countries that either have strong right-wing extremist, ethnic-nationalist and thus racist movements, or strong Islamist movements," said Salzborn, pointing to examples such as the 2018 attack on a Pittsburgh synagogue and the 2015 siege on a kosher supermarket in Paris.

Many experts agree that keeping the memory of the Holocaust alive is one of the key pillars of fighting anti-Semitism. And Arthur Bondarev believes that actually interacting with Jews to overcome stereotypes is equally important. Often, when people are intrigued by his yarmulke, he will approach them and finds that usually they are eager to learn about his background.

The Jewish community in Constance is growing, said Bondarev, and last November a synagogue large enough for 300 worshipers was inaugurated in the city.

It was an incredible moment, said Bondarev, as the torah scroll was carried through the streets from the old to the new place of worship, with hundreds of people joining the march. "We walked down the same road that was used to deport Jews 80 years ago," said Bondarev — sending a signal "that hatred, anti-Semitism and racism will never win."

Few Muslims have visited the notorious site of some of history's worst atrocities. But high-ranking leaders of Muslim and Jewish communities are coming together to mark 75 years since the concentration camp's liberation. (19.01.2020)