Police are investigating three 14-year-olds for incitement to hatred after the teens allegedly played anti-Semitic songs following a visit to a concentration camp. The students could face expulsion for the incident. 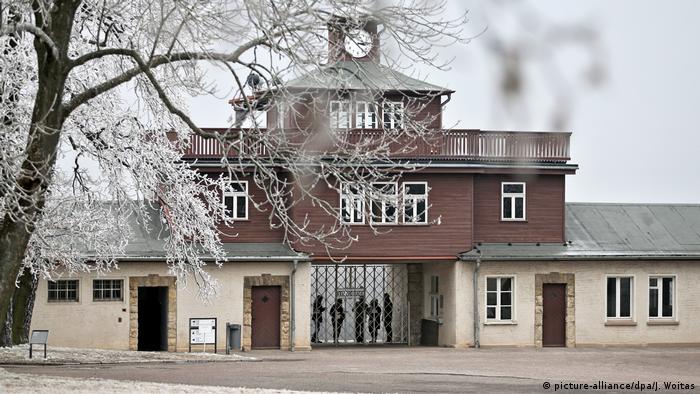 Three teenagers are under investigation for allegedly playing anti-Semitic songs after a visit to the Buchenwald concentration camp, German police have said.

The investigation for incitement to hatred against the 14-year-olds came after their school in Grünberg, western Germany, reported the incident to police.

The three teenagers from the Theo Koch School allegedly played anti-Semitic songs on a smartphone and sang along while on a school bus on their way back from the Nazi concentration camp. The incident reportedly took place on October 15.

The students could face sanctions under school law. A spokesperson for the educational authority said disciplinary and pedagogical measures were being considered. At worst, the three pupils could be expelled.

"The school is addressing the case on several different levels," Joerg Keller, the headmaster of the Theo Koch School in the state of Hesse.

The Theo Koch School has won several awards for its work against racism. Ninth-year students at the school have conducted a four-month project dealing with Nazism for years.

Today the former concentration camp is a memorial that serves as a reminder of the crimes of the Nazi dictatorship.

The recent attack on a synagogue in Halle made headlines around the world and fueled concern of growing anti-Semitism and the threat of right-wing extremism in Germany. Who were the victims of this heinous act? (18.10.2019)