An attorney for defendant Stephan E. has said his client withdrew his guilty plea in a murder case that has shocked the country. The accused, who has a long history of right-wing activity, remains in custody. 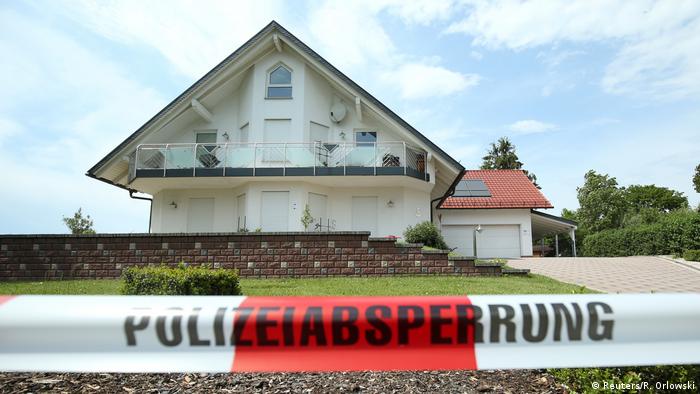 Stephan E., the main suspect in the June 2 murder of local German politician Walter Lübcke, recanted his prior confession on Tuesday, according to his lawyer.

Defense attorney Frank Hannig said: "Mr E. in fact withdrew his previous confession during the course of his hearing this morning. The BGH [Federal Supreme Court] has issued an arrest warrant. Mr. E. remains in custody."

Last week, Stephan E. confessed to killing Lübcke, a regional politician, at his home near Kassel, Germany. In the original confession, the accused claimed he had acted alone. Investigators say that is unlikely.

Not likely to affect ongoing investigations

Investigators suspect the reversal is most likely a tactical maneuver. "We do not expect the withdrawal to affect ongoing investigations," they said, citing E.'s original confession, which provided a wealth of details to investigators.

Stephan E. has a criminal record and is known to have been active in Germany's right-wing extremist scene. Before his killing, Lübcke had received a number of death threats for his support of Chancellor Angela Merkel's open-door policy toward refugees.

Lübcke was a member of the chancellor's Christian Democratic Union (CDU) party.

Stephan E. withdrew his confession during a hearing before investigating magistrates at the BGH, who are now in charge of the case.

Stephan E. has remained in custody since his arrest by police special forces units in mid-June.

German federal prosecutors did not comment on the news.