Opinion: German politician's murder is an attack on democracy

Politician Walter Lübcke may have been murdered by a right-wing extremist. If that turns out to be the case, the killer was targeting the heart of Germany's democratic system, says DW's Marcel Fürstenau. 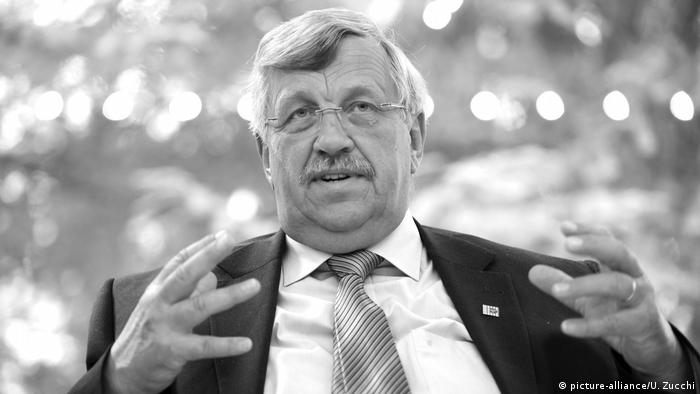 Comparisons are tricky: They can easily go awry or be misleading. Take, for example, the term "Brown Army Faction," which was coined in response to the National Socialist Underground (NSU) neo-Nazi terrorist group, which was exposed in 2011. The group's systematic murders and bombings reminded some people of the terror spread by the left-wing extremist Red Army Faction (RAF) between 1970 and 1998. But the differences were and are pronounced, even after the recent murder of politician Walter Lübcke.

The RAF openly challenged the state and society. People knew their names and faces, above all Ulrike Meinhof and Andreas Baader. And everyone knew the names and faces of the victims they deliberately chose. Many of their targets represented the political establishment or German industry: the president of the Employers' Association, Hanns Martin Schleyer, Federal Attorney General Siegfried Buback, and Jürgen Ponto and Alfred Herrhausen, both bank managers. According to the RAF's hateful, inhuman logic, they and many others were symbolic figures of the allegedly fascist "pig system."

Right-wing extremists, on the other hand, have behaved completely differently for decades. Their victims, mainly members of migrant communities, were ordinary people who had the misfortune to be in the wrong place at the wrong time. They had to die because, as far as their cowardly murderers were concerned, they did not belong in Germany — they endangered "Germanness." The 1990s arson attacks in Mölln and Solingen fit this racist pattern, as did the NSU murders. Anyone could have been the victim. The crime scenes were symbolic: foreigners' homes, refugee shelters or shops run by foreigners.

Walter Lübcke does not fit the mold. He was neither a foreigner nor unknown. As the district president for Chancellor Angela Merkel's Christian Democrats in Kassel in the state of Hesse, he embodied the German political establishment in the eyes of his killer. He was a politician who openly defied right-wing extremists, which must have made him an enemy in their eyes. Should this twist be confirmed in further investigations — and that looks likely — Lübcke's fate would be an alarming turning point.

Read more: Why did Germans sympathize with leftist RAF terrorists?

Past right-wing extremist attacks on politicians, including the 2015 stabbing of Henriette Reker, who was running for mayor in Cologne at the time, resulted in serious injuries. Lübcke would be the first German politician killed by right-wing extremists since they began to poison the mood in society at the start of the refugee crisis four years ago. Many people have long warned of that happening. It seems their fears have come true.

Whoever puts the current danger of left-wing extremism on par with right-wing extremism is quite irresponsibly playing down reality — old and new Nazis threaten society more than ever. They are attacking the democratic system and its representatives. There is a big difference between the RAF and today's right-wing extremists: The far-right killers continue to kill anonymously and without publicly acknowledging their deeds, which makes them even more dangerous.