Why did Germans sympathize with leftist RAF terrorists?

Why did many intellectuals and leftists at first sympathize with Germany's Red Army Faction (RAF)? A documentary highlights the poisoned political atmosphere in West Germany during the 1970s while questioning witnesses. 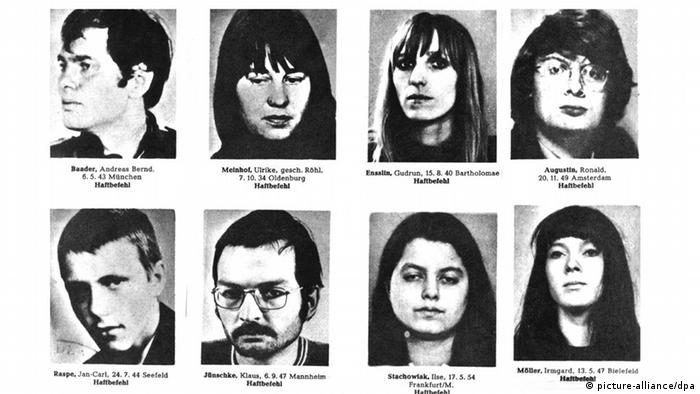 There certainly wasn't a shortage of warning voices. Among them were former West German Social Democratic chancellor Helmut Schmidt, conservative TV journalists, sensationalist tabloids and renowned magazines. They were all concerned about the real and alleged sympathizers of the left extremist terror organization Red Army Faction (RAF).

It should be said, however, that in the poisoned political atmosphere prevalent in West Germany during the 1970s, nearly anybody could quickly become suspected of being a sympathizer, especially from the perspective of conservatives. 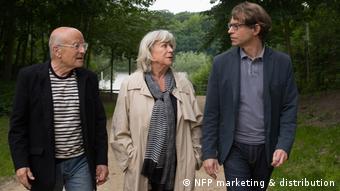 He relied largely on interviews with renowned German filmmakers Margarethe von Trotta and her former husband, director Volker Schlöndorff. That choice is certainly not coincidental. After all, Felix Moeller is von Trotta's son, while Oscar-winning Schlöndorff is his stepfather. 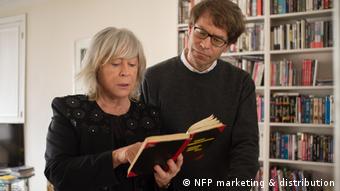 "As critically-thinking and committed artists, my parents were also considered to be 'sympathizers' as they made films like The Lost Honor of Katharina Blum, Germany in Autumn and The German Sisters," said Moeller.

Both of his parents, he said, grappled with subjects like terrorism, as well as what motivated radicalization and violence among the so-called protest generation.

In addition to von Trotta and Schlöndorff, the film presents other contemporaries from the period, such as author Peter Schneider and musician Marius Müller-Westernhagen.

Back then, it was rather trendy to sympathize with the terrorists, recounted Müller-Westernhagen. "Unfortunately, I have to agree with him," admitted Schlöndorff: "People found it appealing to provoke and shock bourgeois society while showing oneself to be more progressive than all the rest." 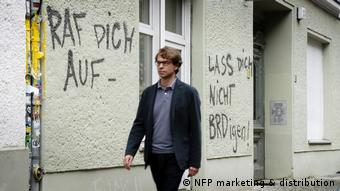 For director Moeller, the topic RAF continues to be contemporary

In his work, Moeller largely relied on his own personal memories and the diaries of his parents. The big question he poses in his film is: "How could such a highly polarizing atmosphere come about in former West Germany during the 1970s?"

As many statements in the film show, one explanation for at least some of that sympathizing with the initial actions by the later terrorists was due to the relentlessness of the State.

Von Trotta: 'I didn't always think with my own head'

In the film, Moeller's mother, Margarethe von Trotta, partially blames the State for, in her view, pretending to be a democratic nation while applying harsh methods reminiscent of the Nazis.

In retrospect, however, the director also admits her regret of not always thinking with her own mind back then.

More about the film by Felix Moeller in the latest edition of KINO, which also includes a report about the campaign "Face to face with German Films" that aims to promote German films worldwide.

They wanted to change the world — and killed for it. The far-left militant Red Army Faction committed a string of terrorist attacks in the 1970s and 1980s. Even 40 years later, questions of guilt and repentance remain. (01.12.2017)

German police have released new photos and videos of three former Red Army Faction (RAF) terrorists who are linked to at least nine robberies. The suspects allegedly robbed an armored car last year with a bazooka. (13.11.2017)

The abduction and murder of the powerful industrialist Hanns Martin Schleyer 40 years ago was a dramatic turning point for the Federal Republic of Germany. The drama is still fresh in the minds of many Germans. (05.09.2017)