The German military plans to train 11 Chinese soldiers in 2020. In the light of protests in Hong Kong, Human rights group Amnesty International and activist Joshua Wong urged Berlin to take a stand against Beijing. 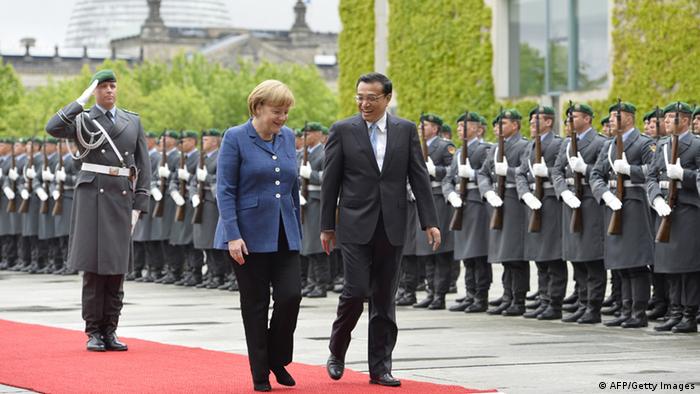 Citing a Defense Ministry paper, German newspaper Bild reported Sunday that 11 Chinese soldiers are to receive "superior training" or logistics training." In addition, one soldier is to be provided with special training in "press and public relations."

A spokesperson for the ministry said that Chinese soldiers regularly participate in educational events organized by the German military.

These include international officer courses as well as officer training courses offered at military schools, universities and military leadership academies.

"Our goal is to share our democratic values with citizens of other countries," said the spokesperson.

Criticism of the cooperation

"The human rights situation in China is catastrophic," the spokespeople of the Green parliamentary group for human rights and security policy, Margarete Bause and Tobias Lindner.

"In the province of Xinjiang millions of people are the victims of total surveillance and cruel oppression. These are allegedly crimes against humanity, if not genocide,"

Amnesty International's arms and human rights expert Mathias John told Bild am Sonntag there was "no justifiable reason for Germany to help train the Chinese military,"

Referring to the current situation in Hong Kong, he added that "the German government should send a clear sign and immediately cease any military cooperation."

"It makes me furious that the German Bundeswehr is apparently helping to train Chinese soldiers," he told Bild. "Given the riots in Hong Kong, the defence ministry should have ended this programme long ago."

Hong Kong has been rocked by months of violent protests triggered by a proposed law allowing for the extradition of criminal suspects to mainland China, which was subsequently withdrawn. The city's police force has been accused of using excessive force to quell the protests.