Germany says it will grant visas to 2,600 Afghans

Berlin has pledged to grant German residency permits to 2,600 Afghans who are deemed to be vulnerable or are in danger. Journalists, activists and academics are among those on the list. 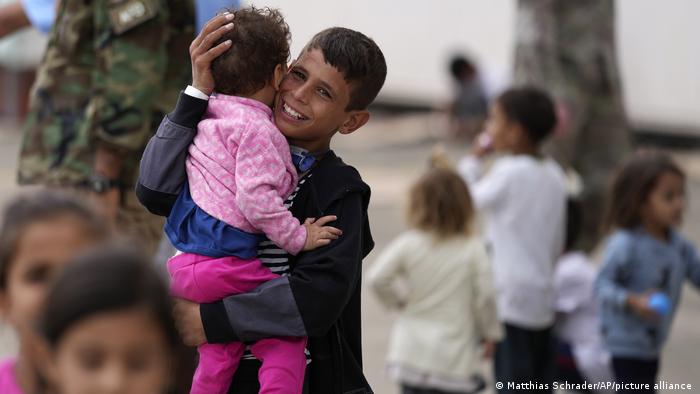 The German government on Wednesday said it would grant temporary residence permits to around 2,600 people from Afghanistan who are deemed to be endangered or vulnerable.

A foreign office spokeswoman said the people on the visa list are individuals "for whom we have a special responsibility to protect."

Human rights activists, journalists and artists,along with scientists and members of civil society are among the groups of people the government says safety cannot be assured.

Afghans who worked for German companies and organizations before the Taliban takeover are also among those to be taken in.

How long will the Afghans be allowed to stay?

According to the German government, the residence permits will be limited to three years, and will also be issued to the family and children of recipients. The permit-holders will not be required to apply for asylum in Germany.

Those chosen will be subject to security screening before receiving a residence permit.

Foreign Ministry spokeswoman Maria Adebahr said most of the people on the list are not currently in Germany.

Airlift brings some Afghans to safety, leaves many behind

What has Germany arranged to help Afghans?

The German Foreign Ministry said it will allocate some €10 million into a program sponsoring civil society members and scientists. The funds will pay to finance stipends and temporary protective stays.

Germany also has a crisis response center that is on hand to help those in need of protection leave Afghanistan, either by entering neighboring countries, or civilian flights.

Germany was part of the multinational airlift operation from Hamid Karzai International Airport in Kabul.

In the weeks after the Taliban's capture of the capital, Germany's Bundeswehr managed to evacuate 4,587 people from Afghanistan.

More than 3,800 of that number were Afghans. Many had assisted the Bundeswehr and other German organizations.

After those evacuation flights ended, hundreds more people managed to make their way to Germany after getting safely to Qatar.