The German Federation of Journalists and Amnesty International have announced they will hold a joint rally in Berlin to protest Turkish President Recep Tayyip Erdogan's state visit this month. 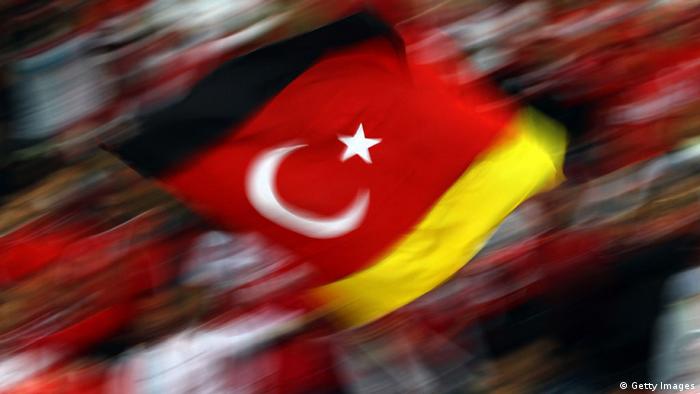 The head of the German Federation of Journalists (DJV) on Thursday described Turkish President Recep Tayyip Erdogan's upcoming state visit to Germany as a "slap in the face," as the group announced it would protest the occasion outside Berlin's central train station.

The rally, slated to coincide with Erdogan's arrival in the German capital on September 28, is being organized along with several other rights groups, including Amnesty International, Reporters Without Borders and the German Journalists' Union (DJU).

By receiving the Turkish president, German Chancellor Angela Merkel and President Frank-Walter Steinmeier had effectively conceded that the "abolition of press freedom is a purely Turkish affair" that has no bearing on relations with Germany," DJV chief Frank Überall said.

During his two-day visit to Germany on September 28 and 29, Erdogan will be received with military honors and a state banquet hosted by Steinmeier, before holding talks with Merkel.

German-Turkish relations have been badly strained on the back of Ankara's wide-scale purge of the civil service and military. Erdogan's purge has also seen some 250 journalists detained, mostly on the grounds of supporting "terror groups." Among those arrested were dual German-Turkish nationals Deniz Yücel and Mesale Tolu, although both have since been released pending trial.

Announcing it was organizing the joint rally, Amnesty International said in a statement: "Criticism of the government, working for a 'suspicious' organization, coming into contact with sensitive sources, or simply using an encrypted messaging system — all these are enough for journalists to be arrested on terror charges."

Turkey's embassy in Berlin played down claims that Erdogan was set to address German-Turkish nationals in Cologne on the second day of his state visit.

Germany's Turkish-Islamic organization DITIB had confirmed this week that the Turkish president would open the new central mosque in Cologne, the country's largest, visiting the site with top regional politician Armin Laschet.

However, embassy spokesperson Refik Sogukoglu told the DPA news agency that "a major speech was not planned" as part of the opening ceremony. Nevertheless, Erdogan still may hold private talks with DITIB officials.

Turkish political rallies have been a point of contention in Germany ever since Erdogan was barred from addressing 40,000 of his supporters via video link in 2016. Last year, he was twice denied permission to hold rallies Germany; first in March ahead of a referendum to grant him sweeping new powers, and then again in July ahead of the G20 summit in Hamburg when he was pushing a plebiscite to reintroduce the death penalty.

Recent diplomatic tension and harsh rhetoric have pushed Germany and Turkey apart, but the relationship is not completely shattered. On economic issues in particular, the two countries share common goals. (16.08.2018)