Germany said it's against breaking off accession talks between Brussels and Ankara. The country's sentiment echoed EU foreign affairs head Mogherini's desire for Turkey to join the EU, if it can meet all the conditions. 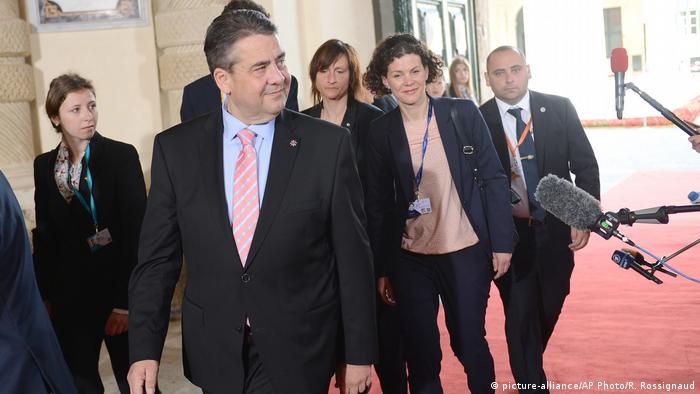 After a meeting of EU foreign ministers and the Turkish Foreign Minister Mevlut Cavusoglu in Valletta on Friday, the EU's respresentiative for foreign affairs, Federica Mogherini, said she still wants Turkey to join the bloc and that negotiations between Ankara and Brussels have not been suspended. She did, however, add that there is mounting concern over President Recep Tayyip Erdogan's growing crackdown on civil liberties.

In remarks to reporters at the meeting's conclusion, Mogherini welcomed Turkey's desire to join the EU but said that "a level of clarification" was needed from Ankara. 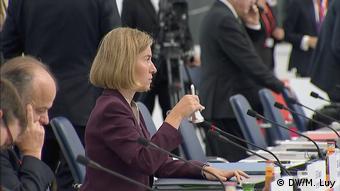 Mogherini, the EU's top diplomat, rings for order during the ministerial meeting in Valletta

"The criteria [for joining the EU] are very clear, well known and if Turkey is interested in joining, as the foreign minister told us today, ... it knows very well what that implies, especially in the field of human rights, rule of law, democracy and freedoms," she said.

She also added that while accession talks have not been called off, "we are currently not working on any new chapters."

"The German government is strictly against canceling the talks, that would be totally the wrong reaction," Gabriel said. 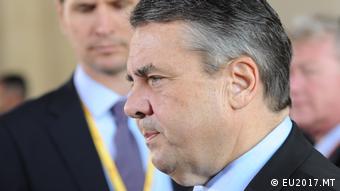 "Those who would like to win applause at home because they say, 'We do not talk to Turkey anymore' will not change anything in Turkey," he said.

However, Gabriel later told reporters that the real issue was whether the bloc could offer Turkey a new, looser agreement before stepping back entirely from the EU accession process.

"We can try to open new channels for negotiations," he said, referencing a suggestion that the EU could broaden its trade ties to Turkey through increased tariff-free access.

"It does not improve things by canceling something before we have something new to offer," Gabriel added.

Should accession talks be suspended, such alternative channels could mitigate political fallout. 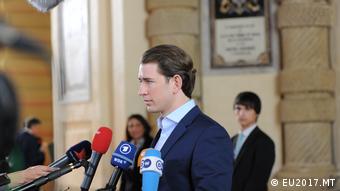 EU member states remain divided over whether to suspend accession talks between the EU and Turkey, with Austria leading the calls for the soon-to-be 27-member bloc to scrap negotiations with Ankara.

Austrian Foreign Minister Sebastian Kurz pointed to concerns over Erdogan's growing authoritarian tendencies and said, "It would be absolutely wrong to stick to the illusion of accession."

Turkish Foreign Minister Mevlut Cavusoglu reprimanded Austria for its hardline position, stating the alpine country should turn away from its "wrong policy." Cavusoglu described an overall "positive atmosphere" at the Malta meeting in relation to Turkey's ongoing desire to join the bloc and expressed expectations that dialogue on the subect would move forward. 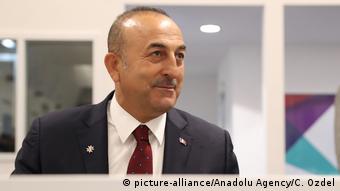 France's Foreign Minister Jean-Marc Ayrault, meanwhile, said the ministers' behind-closed-doors discussion was much more measured than the comments made in public. He also argued the view held by a number of other EU countries, namely that Turkey is essential to European security due to the country's membership in NATO and its role in managing migration.

"How can we ignore Turkey? We have to fight terrorism, we want Turkey to respect the migration deal with have," Ayrault said, referring to deal reached last year between the EU and Turkey.

"Nobody wants a break-up with Turkey. It is up to them to say what they want," he added. 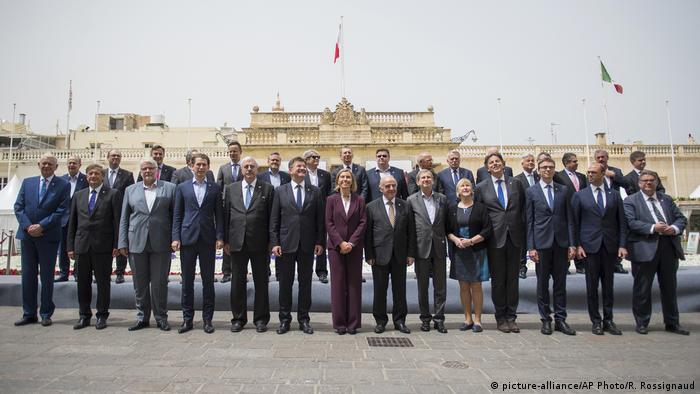 Accession talks formally began in 2005 but have hit repeated roadblocks over issues like Cyprus and concerns over the country's majority Muslim population. And a recent referendum win for Erdogan has now sparked fears that Turkey is sliding toward authoritarian rule.

Relations have soured between Ankara and Berlin, in particular, especially after Erdogan's "Nazi" jibe during the lead-up to the referendum vote. But Gabriel reminded reporters that there was no precedent to cutting off relations with Turkey: "In NATO, we did not even exclude Turkey even during the times of military dictatorship [there]," he said.