Police have said that this year's crime statistics paint a grim picture of the state of child welfare in Germany. More than 100 children were killed in 2018, and thousands were sexually abused. 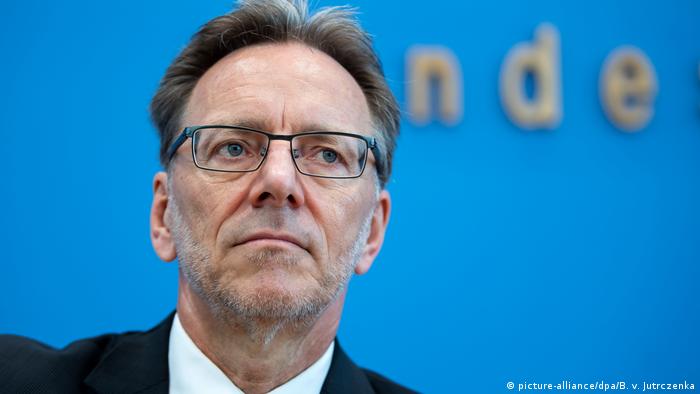 German criminal statistics for the year 2018 were released on Thursday, and police say they paint a very dark picture.

According to the report, 136 children were violently killed in 2018 — with 80% of victims under the age of 6. Another 98 children were also the victims of attempted killings.

Police say the actual number of cases is likely much higher, but as perpetrators tend to be family members, friends, or neighbors, it is often very difficult for the children to report such crimes.

'We must assume many crimes go undetected'

Holger Münch, president of Germany's Federal Crime Office (BKA), said that although police were able to solve almost 80% of the child sexual abuse cases they were dealing with, "that statistic only represents crimes that police were made aware of. We must assume — and experts estimate — that many crimes go undetected."

Police also uncovered 7,449 cases of the production and distribution of child pornography in 2018, a 14% increase over 2017. The BKA says the uncovering of such cases was due in large part to international cooperation.

In early May, for instance, US law enforcement alerted German authorities to a string of images that allowed the police to use "technical means" to locate and arrest perpetrators. Authorities, however, say German privacy laws that prohibit the storage of IP addresses have hindered many attempts to uncover such crimes.

Münch called for a 10-week data storage period to assist authorities in their hunt for criminals. He said in 4,000 of the 20,000 concrete leads the BKA received, IP addresses were the only tool at its disposal.

Johannes-Wilhelm Rörig, the federal commissioner for sexual abuse issues, said "empathy without commitment" would not help abuse victims. Instead, he appealed for regional governments to appoint and empower commissioners of their own, and to deal with the situation from a preventative standpoint. He also called for action to address shortages in funding and training at Germany's youth services offices.