At least 23 children are believed to have been sexually abused over 10 years at a campsite in the German city of Detmold. Police have arrested three men and secured 13,000 files containing child pornography. 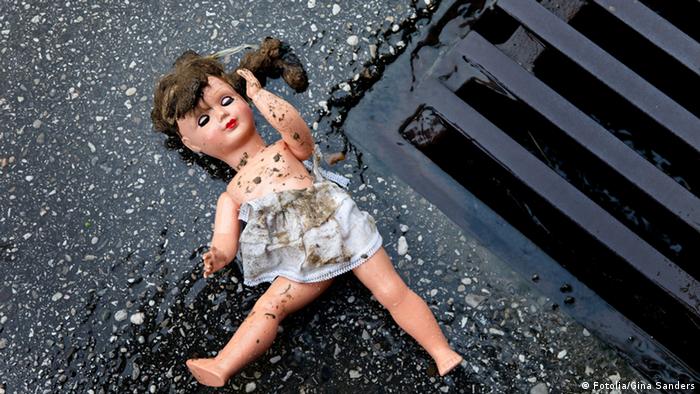 German police on Wednesday said three men have been arrested on suspicion of sexually abusing almost two dozen children in the western town of Detmold.

Police said the men abused at least 23 children aged between 4 and 13 over a period of 10 years, but authorities are concerned there may be more victims.

Much of the abuse, which involved producing pornographic material, took place at a campsite where one of the alleged perpetrators permanently lived.

"We still have a lot of work ahead of us," said the head of the investigation, Gunnar Weiss.

Achim Tietz, another investigator, said the scope of the crimes only became apparent as investigators looked further into the case.

A German boy was allegedly sold for sex on the darknet by his mother and her partner, who face multiple charges. Outrage over the case has ensnared local authorities whose missteps may have allowed the abuse to continue. (11.06.2018)

In one of Germany's first major prosecutions for webcam sex abuse, a man has been handed a hefty sentence. It comes after the Philippines called on wealthy countries to help crack down on the problem. (10.04.2018)